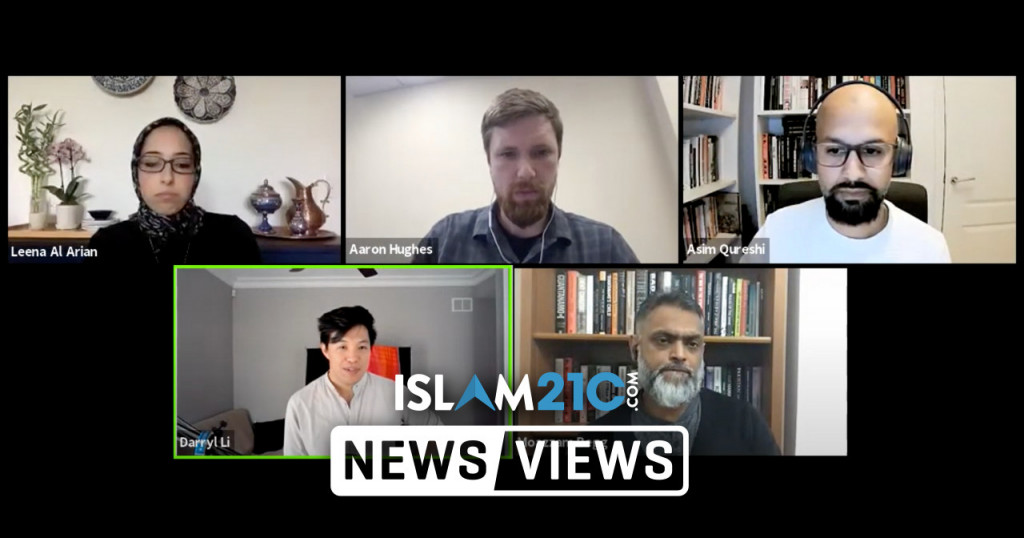 A conference held on Saturday discussed the dark realities and stark complexities of the failed 20-year “War on Terror”. The discussion also evaluated the conflict’s impact on the wider Muslim community and the role that Muslim countries played within it.

Organised by the human rights association CAGE along with the International Witness Campaign, the online event hosted prominent scholars, activists, and historians who explored multiple avenues where the US and its allies went wrong in their 20-year campaign of terror to paradoxically end terror.

“When we look at our own Muslim countries, for example, they have been inextricably involved in the War on Terror, we’re talking about Syria, Morocco, Jordon, Saudi Arabia, Algeria, Pakistan, the Emirates, Bangladesh and many more, willing to torture, to detain, to place on rendition those that considered suspect, all based on a narrative that was set by the US and its allies.” [1]

Guest speakers included Moazzam Begg, former Guantanamo detainee and Outreach Director at CAGE, Leena al Arian of the Coalition for Civil Freedoms, and Spencer Ackerman, a journalist, writer, and author of the acclaimed book Reign of Terror. Other speakers included Aaron Hughes, an artist and Iraq War veteran, and Amina Masood, Chairperson of the Defence of Human Rights Pakistan.

Also speaking at the conference was Darryl Li, an anthropologist and attorney. He argued that even before the 9/11 attacks, the US had always been a colonial state built on the backs of slavery, white supremacy, and untold acts of genocide against its people and other nations. Moreover, following the end of the Cold War, the US was left without a rival to compete against. The significance of the US’s unipolar status was that it was able to continue expanding its military-industrial complex. Ultimately, the War on Terror provided the US the ammunition it needed to launch its next major conflict.

Regarding these political shifts and developments, Li said:

“It’s important to attend to these historic changes but it’s also important not to lose sight of the very very deep continuities of the US state practices and the patterns of US society that precede 9/11 and that are unfortunately with us to this day. Whats distinctive about the years before the attacks is that of course this was the end of the Cold War so the United States and its ruling class were enjoying a triumphalism for having defeated their Soviet competitor and the gates of neoliberalism and capitalism were suddenly open.” [2]

Aaron Hughes, an artist and former Iraq War veteran, says the War on Terror was an ideology built on the myth and fantasy of American exceptionalism, not to mention the idea that there is safety and protection in militarism. Moreover, it was also based on the dehumanisation of people who were ethnic minorities, especially Muslims. They were seen to be racially inferior in the eyes of the foreign invaders and occupiers.

Regarding these matters, Hughes said:

“The War on Terror was based on dehumanisation, racism and Islamophobia, rooted in the ideas of US exceptionalism and the myth of safety in militarism. it became very clear we were there to establish military occupation and to reinforce the military infrastructure in Iraq.” [2]

Hughes spoke of his idealistic expectations prior to joining the US army. He explained how these aspirations were brutally dashed when he was deployed and witnessed the true reality of the US’s presence in the country. He soon came to the realisation that he and his compatriots were not fighting terror; rather, they were fighting innocent people in their homes and communities. The horrors of the war and its realities left a psychological scar on Hughes. He tried to address the trauma through art, as well as launching a campaign with fellow veterans to end the war.

Former Guantanamo Bay detainee and CAGE Outreach Director Moazzam Begg spoke about the unlawful and unjust acts of terror unleashed against innocent Muslims such as himself following the 9/11 attacks. Begg also outlined how Muslim countries like Pakistan were complicit in such crimes. It was the actions of both countries which ultimately led to his captivity in the notorious prison. Begg explains how the law did not mean anything to the US; this ultimately would lead the US military in committing gross atrocities in illegal drone strikes, forced disappearances, and the torture of innocent detainees.

In his statement, Begg argued that the US believed their moral high ground was above the law, and that everything they did in the name of the “War on Terror” was justified:

“The law didn’t mean anything, just as the law in Guantanamo meant nothing. It’s a state of lawlessness, created by the United States of America.” [2]

The true number of casualties of the failed 20-year “War on Terror” is unknown. But according to some estimates, 900,000 lives perished by the violence, chaos, and anarchy brought on by its invasions and occupations. It has been called the “equivalent of five hundred 9/11s”. In its last act of the war, the US killed 12 members of an innocent family in Kabul, Afghanistan. Four members of that family were under the age of 4.

[2] Summary of the Conference