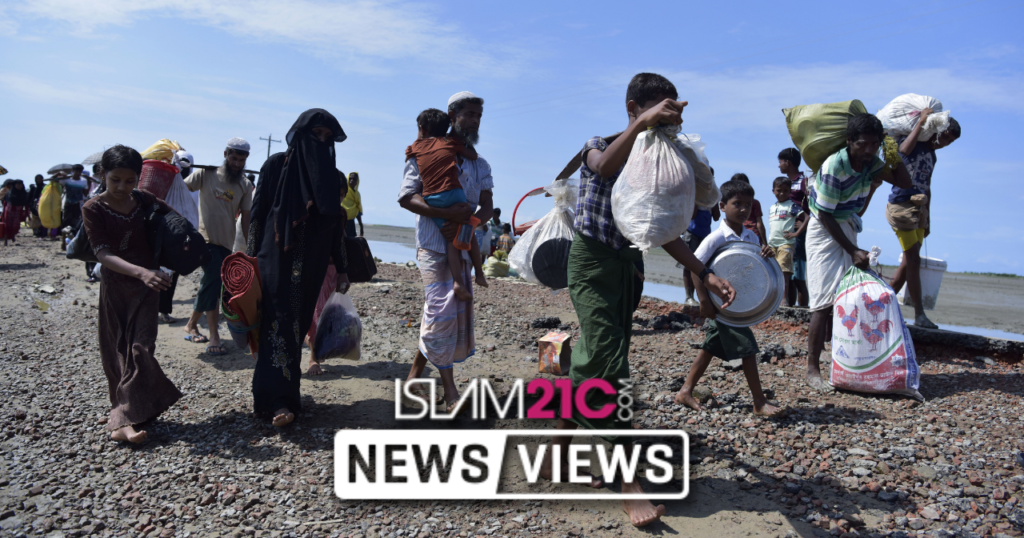 A repatriation programme agreed between the governments of Myanmar and Bangladesh began this week, with some 2,000 Rohingyan refugees having been selected to return by the end of November. The effort commenced on Thursday 15 November, but all of the 130 people selected for the first day bluntly refused to go back to Myanmar.[1]

As buses arrived to collect them, protesters gathered chanting “We’re not going back!”, and called for justice.[2] One refugee broke into tears as he told the BBC:

“They brutally tortured us. The military came to us, they killed our people, threw kids in the fire and also set fire to houses.”

“I am very disturbed by this talk of going back. How can we go there?” [3]

Several nations and parties had warned that any repatriation attempts were premature, given the circumstances in Myanmar. The UN’s High Commissioner for Human Rights, Michelle Bachelet, said in a statement just days earlier:

“The human rights violations committed against the Rohingya in Myanmar amount to the worst atrocities, including crimes against humanity and possibly even genocide. With an almost complete lack of accountability — indeed with ongoing violations — returning Rohingya refugees to Myanmar at this point effectively means throwing them back into the cycle of human rights violations that this community has been suffering for decades.” [4]

The repatriation efforts appear to have been halted, at least temporarily, following the first day’s failure. Displaying their typical resilience during a khutbah this Jumu’ah, one Imām in the refugee camp told his congregation:

“We prayed to Allāh for our salvation. And our prayers were granted. We thank Bangladeshi authorities as they understood our position about repatriation.” [5]

It remains to be seen if the plan will resume later on, with many fearing that the refugees could be forced to return against their will. Warning against any such moves, a director at Human Rights Watch said:

“The Bangladesh government will be stunned to see how quickly international opinion turns against it if it starts sending unwilling Rohingya refugees back into harm’s way in Myanmar.” [6]

The plight of the Rohingya community continues to make headlines around the world, whilst little changes on the ground. Echoing scenes from the ethnic cleansing of Palestinians carried out by Israel in the late 1940s, some 700,000 have fled Myanmar since the military and Buddhist extremists launched brutal attacks on the Muslim minority community, including burning down their villages and carrying out rapes and executions. [7] The UN have previously called for Myanmar leaders to face genocide charges.[8]

Earlier in the week, Amnesty International became the latest organisation to strip Myanmar leader Aung San Suu Kyi of the honours awarded to her for the years she spent struggling for democracy, saying that “we can no longer justify her status as an Ambassador of Conscience”.[9]

Aung San Suu Kyi was in Singapore at the time attending the ASEAN summit, where she even faced rare criticism from her regional counterparts. The recently re-elected Malaysian Prime Minister, 93-year old Mahathir Mohamad, told the reporters at the summit:

“Someone who has been detained before should know the sufferings and should not inflict it on the hapless. But it would seem that Aung San Suu Kyi is trying to defend what is indefensible.”

“They are actually oppressing these people to the point of killing them, mass killing.” [10]

[7] The Ethnic Cleansing of Palestine by Ilan Pappé