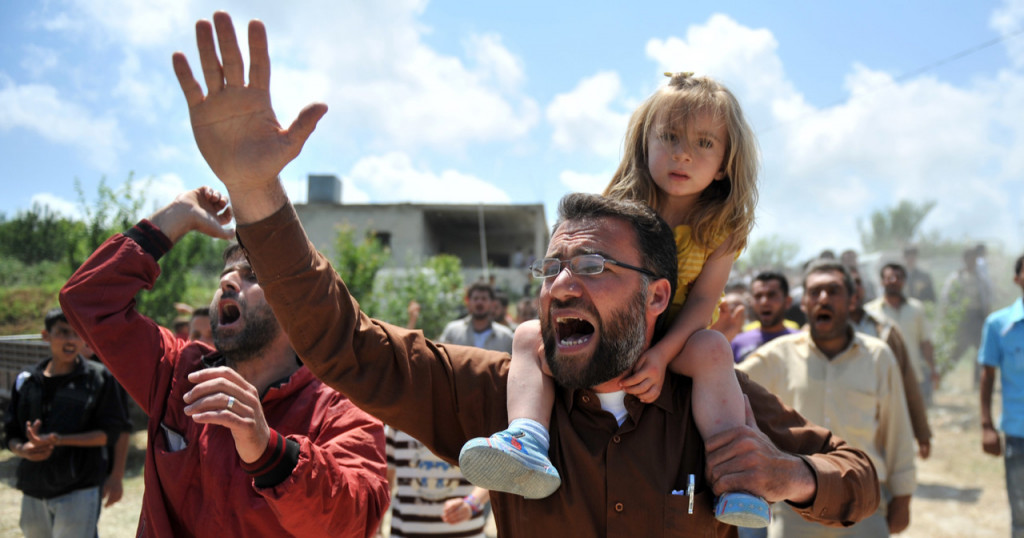 A Syrian colonel who once led dictator Bashar al-Assad’s General Intelligence Directorate (GID) has been sentenced to life imprisonment following a landmark criminal trial conducted in the southwestern German city of Koblenz. Anwar Raslan, 58, was charged with more than 4,000 counts of torture and sexual assault, in addition to the murders of 30 prisoners. The wicked former head of Syria’s GID can now expect to die behind bars. As a result, a major victory has been declared by families of the victims that suffered under Raslan’s leadership of the notorious intelligence apparatus. Five judges stood in the courtroom as they read out the verdict and sentence; they then solemnly read out the names of each of the Syrian torture survivors who had been present in court. [1]

Following sentencing, a Syrian survivor of torture – who was present in court – said:

“This is the first step in a very long way to achieve justice. To experience the verdict against a former colonel in the intelligence forces, it’s history being written in front of our eyes.” [1]

Prior to Raslan’s sentencing on January 13, his co-defendant – 44-year-old Eyad al-Gharib –  had also been handed a guilty verdict. The historic judgment – which was issued almost a year earlier – found that the fellow colonel of the intelligence services had travelled in vehicles which transported 30 detained protesters to the infamous Damascus prison, al-Khatib. Moreover, the captives were said to have been viciously beaten on their journey to the detention facility. Following al-Gharib’s own sentencing, it became known that the equally reprehensible individual had participated in the movement of the said protestors, despite knowing of the systematic torture that took place at the jail. [2] [3]

On Thursday, judges serving under the 1st Criminal Senate – State Protection Senate – of the Koblenz Higher Regional Court ruled that Raslan is guilty of the following heinous crimes against humanity:

The successful conviction and trial of Raslan has been possible due to the German implementation of a 2002 law which affirms the principle of “Universal Jurisdiction”. In the years since, this has permitted German courts to try defendants for offences that are designated in the Rome Statute. The treaty, which established the International Criminal Court (ICC), recognised a quartet of international crimes, namely: genocide, war crimes, crimes against humanity, and the crime of aggression. [5]

The al-Khatib prison facility, which is located in Damascus, is notorious for its torturous conduct. The use of meticulously planned torture techniques and sexual abuse is widely documented by organisations such as Human Rights Watch. [6] Indeed, the testimony of a single prisoner is enough to send chills down one’s back. For example, Yaser Abdul Samad Hussein Karmi, who spent four months in the horrendous facility, narrated the following in 2013:

“As soon as I arrived, the officers there started battering me, which was the most brutal way of torturing in the Branch, where two members or more hit the detainee strongly all over the body, especially on the face and the head. then they shocked me with high voltage electricity, 220 volts, on my thighs, shoulders and sensitive organs [genitals] for four repeated times, then they brought a cable – a car wheel cut in a certain way with a width of about 10 cm – to hit me on my back and feet.” [6]