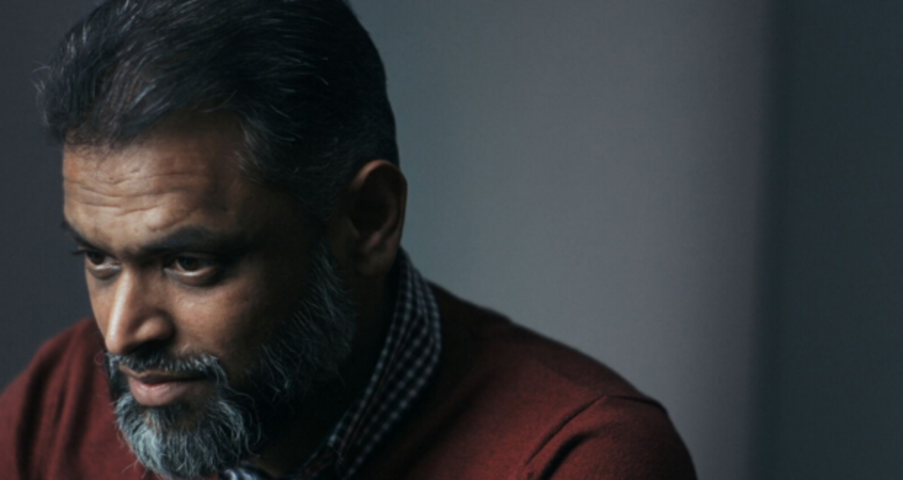 #Passportgate: Following eight years of state harassment and the denial of a passport, the international justice advocate, torture survivor, CAGE outreach director, and former Guantanamo Bay prisoner Moazzam Begg is stepping up his fight against the British government. As a result of the government’s stance, Begg has been unable to undertake essential travel in his line of investigatory work across the globe, in addition to the basic right of visiting his friends and family abroad. Begg’s case is particularly noteworthy in that he has been persistently hounded by intelligence and security services, which include the CIA, MI5, London’s Metropolitan Police, and America’s FBI. News of the judicial review comes days after the infamous Guantanamo Bay detention site reached the unwelcome milestone of two decades in existence. [1]

In a statement, Begg said regarding the escalation in legal action against the government:

“On 1st September last year I was overjoyed to finally receive my new passport after having it revoked 8 years ago following a trip to South Africa. I could finally travel for crucial work investigations and attend my daughter’s wedding party.  But those hopes were short-lived. Three weeks later, I received a letter from the passport office saying it had been “issued in error” and that it was still revoked. Laughably, the covering letter sent to me was incorrectly addressed to someone who’d been convicted for passport fraud in the north of England.

“I’ve been held without charge in three military prisons, arrested three times by counter terror police and had my passport revoked three times over the past two decades. And yet, I have never been convicted of any crimes or had my day in court.

“I conclude that a combination of malice, indifference and gross incompetence has led the government to this point but it is enough. It’s time to fight back – again.”

It goes without saying that Begg is a longstanding campaigner for justice, and has worked extensively with the grassroots advocacy organisation CAGE. Formally known as CagePrisoners, the torture survivor Begg has presided as the organisation’s outreach director for a number of years; he routinely delivers talks which delve into the myriad issues found with the anti-radicalisation policies implemented in the UK, US, and other countries. [2] Moreover, he is a respected figure with lived experience of physical, mental, religious, and sexual torture and abuse at the hands of the US Army. [3] Additionally, Begg was a partial witness to the horrific murders of 22-year-old Afghan taxi driver Dilawar, and a clergyman named Habibullah, while he was detained in the notorious Bagram detention facility between February 2002 and February 2003. As Begg stated in a July 2004 letter, the torture experienced by Habibullah and Dilawar “culminated, in my opinion, with the deaths of two fellow detainees, at the hands of US military personnel, to which I myself was partially witness”. [4]

As for the young taxi driver Dilawar, a military police officer (MP) by the name of Corey E. Jones recounted that he was viciously beaten and humiliated when – in piercing pain – he called out to Allah. Jones, who was one of numerous MPs who had inflicted appalling attacks on Dilawar, told detectives during a US Army investigation:

“He screamed out, ‘Allah! Allah! Allah!’ and my first reaction was that he was crying out to his god…Everybody heard him cry out and thought it was funny. People kept showing up to give this detainee a common peroneal strike just to hear him scream out ‘Allah’…It went on over a 24-hour period, and I would think that it was over 100 strikes.” [5]

The Home Office claims that it has been undertaking “checks” against Begg before granting him his passport. However, for it to do so for eight years is arguably absurd. While the Home Office is known for its dreadful delays when it comes to visa applications, claims for asylum, and other ordinary paperwork, it is appalling that it has prevented Begg from having access to a passport as a British citizen, with no convictions or charges ever having been made against him.

The whole passport saga has been a long-running battle between Begg and the British government. Successive governments of both Labour and Conservative dispositions have prevented the justice advocate Begg from having a passport. Indeed, in February 2005, the then Labour Home Secretary Charles Clarke denied Begg of a passport by claiming:

“There are strong grounds for believing that, on leaving the UK, [Begg] would take part in activities against the United Kingdom or allied targets.” [6]

The refusal by Clarke made use of the Royal Prerogative – a seldom-used raft of powers handed down by the monarch for politicians to employ. Such is the rarity with which the Royal Prerogative is utilised, the last time it was used to withdraw passports was 1976. Indeed, until 2005, for the purpose of banning or withdrawing passports, the legal mechanism had been used a mere thirteen times since 1947. [6]

During Begg’s 2005 passport ban, veteran solicitor Gareth Peirce lambasted the US military, as Clarke had sought to base his decision on information received while Begg was in American custody. Peirce commandingly stated following Clarke’s ruling:

“At no time of course was any moment of their custody lawful. Each was kidnapped by US forces in Pakistan, neither was made the subject of any process of extradition or deportation, both were tortured in Bagram airbase and tortured in Guantanamo Bay.

“Their entire captivity was and was meant to be inhuman and degrading. We have asked the Home Secretary for disclosure in its entirety of the information upon which he relies and the circumstances in which it was obtained.” [6]

When a British passport was finally reissued to Begg in 2009, things had appeared to settle in the passport debacle. However, only four years later, Begg’s passport was confiscated when he returned from a South Africa trip, where he had visited the iconic Robben Island prison, in addition to members of the African National Congress (ANC) party. The Home Office claimed that Begg had been involved in Syrian terrorism-related activity in 2012. But Begg revealed in a piece for Islam21c that the real reason behind the revocation was his endeavours to expose the UK and US governments for their complicity in rendition and torture. [7]

Begg stated in a February 2014 article published by Islam21c:

“I was met upon arrival at Heathrow by officials who served me with a notice to seize my passport under the ‘Royal Prerogative’ stating that it was assessed my previous visits to Syria had constituted involvement in terrorism. No explanation other than that was given.

“I am certain that the only reason I am being continually harassed – something that began long before any visit to Syria – is because CagePrisoners and I are at the forefront of investigations and assertions based on hard evidence that British governments, past and present, have been wilfully complicit in torture.” [7]

Given the level of rampant hostility faced by Begg from both security and police services, one may question whether the government intends to ultimately strip him of his citizenship, given that it is clearly afraid to grant him a reissued passport. On the same topic, the advocacy group CAGE recently published a joint letter signed by ten people – including the fearless aid worker Tauqir “Tox” Sharif, Safian Khan, and Sally Lane – in which they criticise the British government for stripping them of their citizenship. [8] [9] In the letter’s introduction, the authors address the dangers found in Clause 9 of the hugely controversial Nationality and Borders Bill:

“We, the undersigned, have all been stripped of our British citizenship and exiled by different Home Secretaries over the past decade. While we are now stranded in countries across South Asia, the Middle East and Africa, we all were born as British citizens and raised in the UK.” [8]

The signatories further go on to state:

“The government has deprived every one of us of our citizenship on the basis that we are technically dual nationals on account of our parental heritage., cementing a two tier citizenship for people like us…We have no identity or travel documents, no consular assistance and do not enjoy the support or protection of any country in the world. We are essentially stateless.

“In practice, this means that some of us have suffered detention, imprisonment, and torture with complete impunity. Shockingly, some who have been deprived have been summarily executed without any accountability. Our children are also denied citizenship and passports and are collectively punished alongside us. We live a shadow existence.” [8]