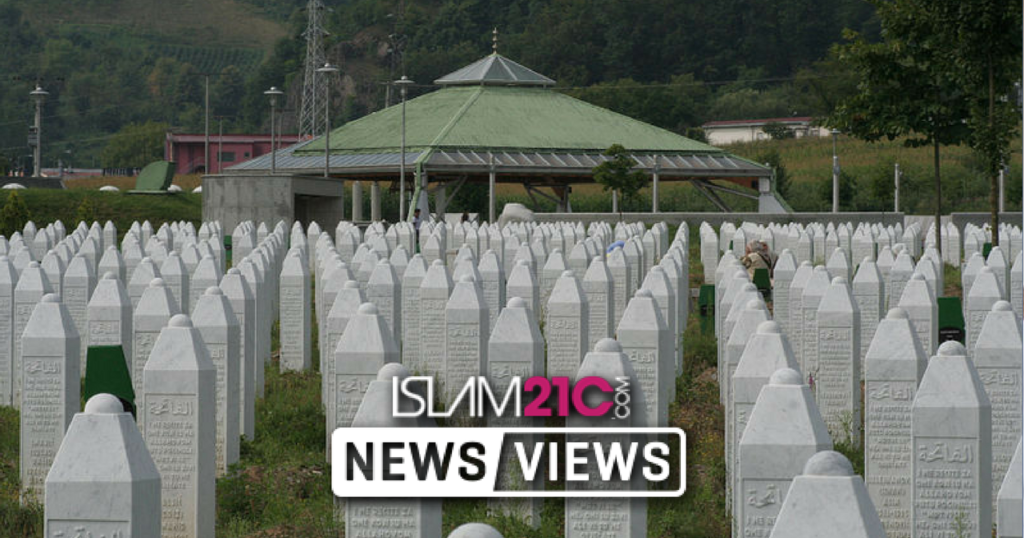 Today marks 23 years since the harrowing genocide of more than 8,000 Muslims between the ages of below 7 and over 70 at Srebrenica, Bosnia, at the hands of Serbia’s military.

On July 11th, 1995, three years into the Bosnia civil war, Serb militants, led by General Ratko Mladic, entered the eastern town of Srebrenica after it was declared a UN Safe Zone, ‘protected’ by a lightly armed Dutch peacekeeping force of around 600 troops, commissioned by the UN. ‘Incapable’, ‘unwilling’, or complicit, the UN sanctioned Serb militants to enter the demilitarised ‘safe-haven’, embarking on premeditated mass murder aided by the international community’s indifference. [1]

Ahead of the 22nd anniversary of this enormous late-20th century failing of humanity, the largest atrocity on European soil since World War II, UN Secretary-General António Guterres urged we acknowledge the terrible crime and the inaction of the international community.

In a statement by the High Representative of the European Union and the Commissioner Johannes Hahn, the genocide dramatically violated “respect for human dignity, freedom, democracy” and equality as NATO remained complacent and indecisive, despite full knowledge of an imminent genocide. [3] [4] It was only after the international community’s promise of protection for civilians was declared that Bosnian volunteers defending the town surrendered their weapons.

This paved the way for unhindered ethnic cleansing of native Bosniaks as well as up to 50,000 cases of systematic rape and sexual enslavement. [5] Victims are being disinterred from mass graves to this very day. Declassified CIA cables reveal that Britain and the US knew for six weeks that Srebrenica would fall.

On this 23rd anniversary, Outreach Director of CAGE, Moazzam Begg, said with regards to the Bosnian conflict and the Srebrenica Genocide: