Daraa: the next people’s held Syrian city to be slaughtered 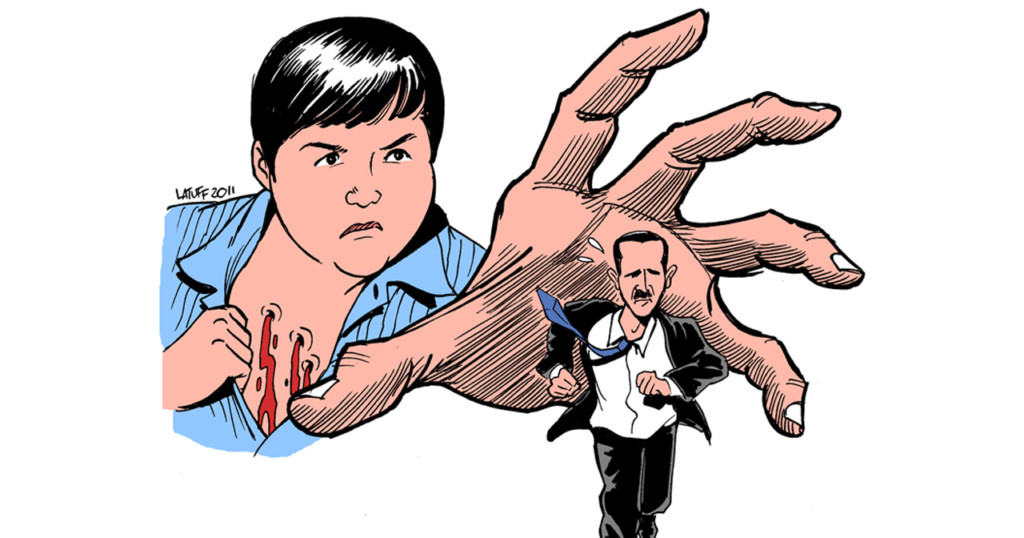 In almost biblical scenes, nearly beyond imagination, Umm Suleiman, her 5 children and countless other families are stranded on the border with Jordan. Mothers, the elderly and children, exposed to the unrelenting glare of the Sun, dehydrated and starving, trapped between bombs and a border. A desperate elderly man, pleads for food for his family on camera; there is anger in his voice because he knows the right of help he has over us will not be fulfilled.

As yet another Syrian city enters our collective vocabulary, we ask ourselves: ‘how much more can these people take?’. Aleppo fell. Ghouta fell. And now, it is the people of Daraa (or Deraa) that are having bombs rained upon them forcing over 300,000 people to flee their homes and become internally displaced. “Internally displaced” a sanitised euphemism for being chased from their homes by an unrelenting avalanche of bombs and being left abandoned without even a simple tent for shelter, whilst also suffering a shortage of water due to a scarcity of wells. Not to mention, the hunger pangs because of a lack of food and not being able to escape to another country for safety because of the mercilessly closed border. Among such ‘internally displaced’ people is Umm Suleiman and her 5 children who had escaped from their home in Tareeq al-Sad, a neighbourhood in Daraa, just days earlier. Umm Suleiman recalled:

“We escaped at night, terrified and barefooted.”[1]

Daraa was supposed to be protected from the fighting under a “de-escalation agreement” signed in July 2017 by Jordan, the USA and Russia. However, some commentators have suggested the actions of the Assad regime supported by Russia, since the agreement, strongly suggest that it was made in poor faith. That, in fact, the treacherous intentions were always to limit the fronts on which the Assad-Iranian-Russian alliance would fight, allowing them to concentrate their aerial firepower on each target in turn. One by one, we have seen areas which were supposed to be protected fall, including Ghouta, and now it appears, Daraa. Assad and his masters are playing a dangerous game. If agreements mean nothing and a time comes when the tripartite nexus of barbarity are not in ascendancy, how will any interlocutor trust their word then?

Daraa is a special place. Birth place of the revolution. Home to one of Syria’s most famous martyrs: Hamza Ali al-Khateeb. But before Hamza is spoken of, let us briefly remind ourselves what sparked his protest and what the genesis of the Syrian revolution was. Over the course of 2010 and 2011 the ‘Arab spring’ had swept across the Middle East and dictators fell like dominoes. Even the seemingly immovable Hosni Mubarak was toppled by a popular uprising. The streets of Tunisia, Yemen, Bahrain, Egypt and, of course, Libya were thronging with people chanting: “the people want to bring down the regime”.[2]

Amongst the euphoria and optimism of a better tomorrow spreading across the Middle East, young boys in Daraa, Syria sprayed on their school wall: “It’s your turn Dr Assad.”[3] Syrian secret police promptly arrested the boys and subjected them to various forms of torture. Upon their release they were met with celebratory crowds outside the mosque protesting against the regime. One of those boys who had sprayed grafiti, Samer Syasneh, went on to join the Free Syrian Army (FSA). In an interview with al-Jazeera he vowed, epitomising the Syrian spirit:

“This will always be my way, either to be a martyr or achieve victory. But we will never retreat.”[4]

Hamza, although not from a privileged family, always had concern for those less fortunate than himself. A cousin of Hamza recalled:

“He would often ask his parents for money to give to the poor. I remember once he wanted to give someone 100 Syrian Pounds ($2), and his family said it was too much. But Hamza said, ‘I have a bed and food while that guy has nothing.’ And so he persuaded his parents to give the poor man the 100.”[5]

Hamza al-Khateeb was an endearing child. This, however, did not prevent the arrest of this 13 year old in Jiza, a southern Syrian village in Daraa, on April 29 2011. A month later, his body was returned to his family on condition of silence. However, the scars on his body speaks the story of ghastly torture.

A video posted online shows a battered, bruised and bloodied face, with skin scrawled with gashes, deep burns and bullet wounds. He had marks consistent with electric shock devices whipping and a broken neck. Injuries designed to hurt, devastate, but not kill the child. Hamza’s jaw and kneecaps were also shattered. In an act of sordid barbarity which is literally beyond words, the child also had his private parts excised.[6] Hamza’s last few moments on earth are incomprehensible and unimaginable. And, even if we could understand and could imagine, who would wish to keep such an image in their head for long? The boy’s torture and killing ignited the revolution which was in its infancy. He became a potent symbol of the insurrection, similar to how the brutalised, lynched body of 14-year-old Emmett Till became an icon of the Black civil rights movement in the USA half a century ago.

Seven brutal years on and the resilience of the Syrian people is being tested. Seemingly abandoned by the international ‘community’, the people of Syria have realised they only have the Lord of the Worlds to rely on. And what an ally indeed is He (subḥānahu wa taʿālā). Daraa may fall, the people may retreat, but their indomitable spirit will never be defeated because Allāh has promised:

“Before this We wrote in the Psalms after the Message: My righteous servants shall inherit the earth.”[7]

The most pertinent question therefore is what can we do to help the people of Syria? Here are three simple suggestions:

Tonight, or as soon as you can, wake up in the middle of the night, find a quiet corner and bring to mind your sins. Plead to Allāh to forgive them. Remind yourself that if Allāh chooses to punish you, to whom will you be able to run to for protection? Purify yourself to strengthen your supplication.

Place your head in prostration and then beg Allāh to help your family in Syria, Yemen, Rohingya and the list goes on.

3 Donate whatever you can to Syria.

Many people complain about Muslim rulers, and rightfully so. However, whilst we have little or no power over Muslim rulers, we do have significant financial clout in the UK charity sector. British Muslims donate over £100 million in Ramaḍān alone – that’s £38 a second.[8] The British Muslim community is clearly the most generous community in the UK. Each one of us should ask our chosen charity what they are doing in Syria. If the returned answer is an attempt to placate with: ‘It’s difficult to do anything inside Syria’ or something similar then perhaps our reply should be that these challenging circumstances actually mean the need to help Syrians in Syria is even more pressing.

Institutional British Muslim charities should be challenged for their lack of support within Syria, especially in the medical and food sectors. It brings shame upon these institutional charities that individual doctors need to plead for donations for medicines and lifesaving equipment, when those same charities have millions sitting in their bank accounts. These household charities can, if they choose to do so, change the landscape of Syria, from a humanitarian perspective at least with their chequebook. Those charities that do operate within Syria should do so with total transparency so that those who donate their hard-earned money can do so confidently.