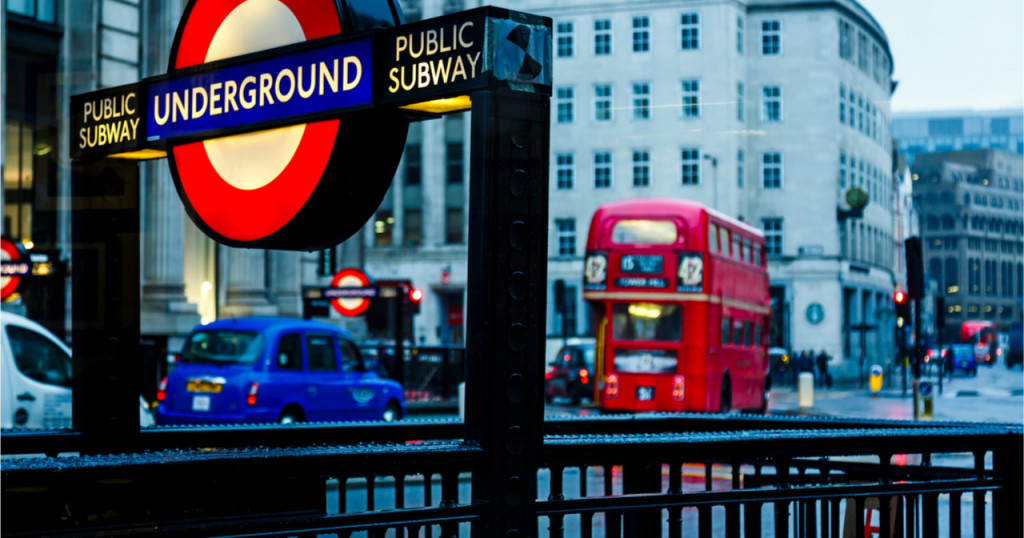 London’s transport body has ramped up its months-long campaign against “intrusive staring” on the Underground network as it begins to apply posters in carriages and stations that warn against the immoral and inappropriate act. Indeed, in the past few days, TfL (Transport for London) has been putting up notices on its rapid transport network that state, “intrusive staring of a sexual nature is sexual harassment and is not tolerated”. The welcome development follows months of persistent campaigning that seeks to “stamp out” all kinds of sexual harassment on London’s public transport system. [1] [2]

Been seeing these posters around.
Part of #TFL Sexual Harassment campaign.

👏🏽@TfL
More of this please! pic.twitter.com/CDlrnfeOdv

The posters are long overdue, particularly as the capital’s complex Underground network experiences extreme daily overcrowding during rush hour traffic flow in various interchanges and on all lines. There are unfortunately numerous cases of not only sexual assault on the 1863-founded Tube system but also antisemitic and Islamophobic incidents. However, in tackling the major crisis of sexual harassment on the Tube by taking a leaf out of the Islamic tradition of Ghadd al-Basr or ‘lowering the gaze’, TfL is targeting offending passengers who stare at others in a sexual manner, thereby causing discomfort and unease. It is worth emphasising that to refrain from “intrusive staring” is a key Islamic teaching, and Allah states in the Qur’an,

“Tell the believing men to lower their gaze (from looking at forbidden things), and to protect their private parts (from illegal sexual acts).” [3]

The great scholar, Ibn Kathir (raḥimahu Allāh) said in commentary regarding the above verse,

The introduction of the posters follows an October 2021 campaign launch, wherein the capital’s transport body expressed its clear intent to “emphasise [a] zero tolerance approach to all forms of unwanted sexual behaviour and sexual harassment on London’s public transport network”. If such actions are witnessed by members of the public, they are strongly encouraged to inform the police. [2]

Crucially, the wider anti-harassment campaign was ushered in a month prior to the reopening of the Night Tube (through-the-night Underground services) on the Central and Victoria Lines. The resumption of the Night Tube on November 27 meant that TfL planners had to once more factor in safer routes for women and girls whilst the country continued its recovery from the COVID-19 pandemic, which caused the Night Tube’s very suspension in March 2020. [5]

Of the various other forms of sexual harassment that are being targeted by TfL, six are unambiguously listed as follows: catcalling, exposing, cyber-flashing, pressing, touching, and upskirting. On the day of the campaign’s launch on October 27 last year, the Director of Compliance, Policing, Operations, and Security for TfL, Siwan Hayward, said in bold remarks:

“We are working with our transport policing partners in the MPS and BTP to make sure our public transport networks are safe, and feel safe, for all our customers and staff. Tackling sexual harassment is an essential part of that. The primary aim of this campaign is to challenge this behaviour, sending a message to offenders that it’s wrong, it’s harmful and it won’t be tolerated on our services. We’re also asking those that experience or witness sexual harassment to report it so that we can work to prevent it and to take action against perpetrators.” [2]

“Unfortunately, incidents of sexual harassment are significantly under-reported as many people have come to accept this type of behaviour in public places. This needs to change. On top of our ongoing specialist patrols and covert officers on the network, we are committed to working alongside TfL to make the Underground, rail and tram networks a hostile environment for sexual harassment by encouraging everyone to report it to us. Each report we receive provides us with valuable information, which we can use to build an accurate picture of an offender. Often it allows us to notice their behaviour patterns so we can take action. Save 61016 in your phone if you ever need us, no report is too small or too trivial and we will always take you seriously.” [2]

While The Telegraph audaciously reports that some commuters have already expressed their dissatisfaction with the warning posters due to the “intrusive staring” statement being “extremely vague”, the move by TfL is indeed a hugely symbolic yet powerful move. It is clear that for anyone of sound mind, the message will come across clearly. [6]