This Could Be Why You’re Having a Bad Day 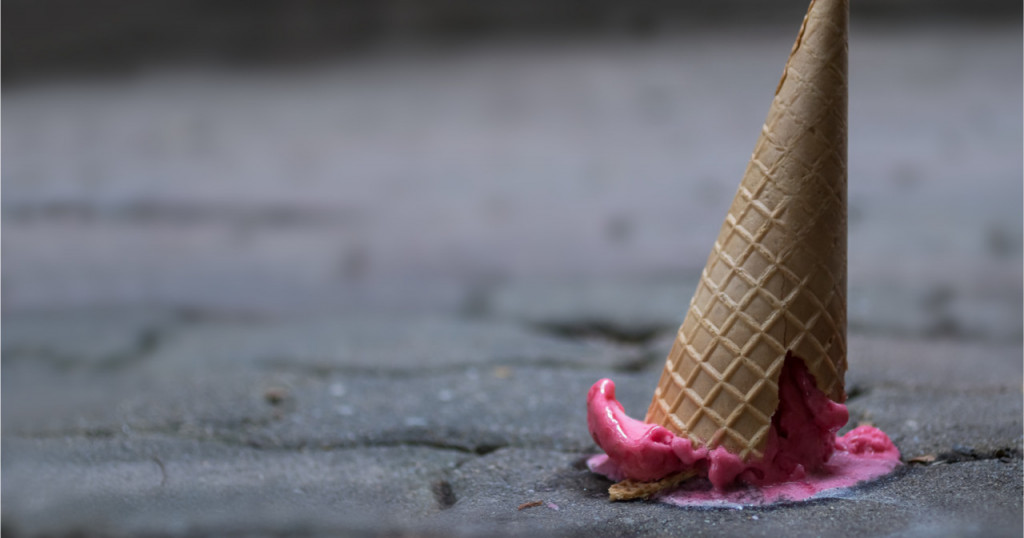 A few years ago I started trying to memorise some new surahs from the Qur’an. Over the weeks I became regular in being able to memorise a small amount each day, Alhamdulillāh. On one particular day I opened my mushaf to memorise my new āyah, and I found that I could not commit it to memory. I read it over many times and slowly word by word but I just couldn’t seem to recite it from memory.

I was feeling strange, something wasn’t sitting right inside me. I thought about why I wasn’t being gifted with the Qur’an that day, because truly the Qur’an is a gift, and no individual is able to memorise any part of it with their own efforts alone, except that Allah has allowed him or her to do so.

The day before I had been out to see some friends at a dinner party. I distinctly remember that someone who was not present had been discussed. I do not recall whether I said anything that may have amounted to backbiting or whether I simply listened. Either way, I felt burdened with the weight of having fallen into sin, not just any sin, but rather a sin that was unusual for me, and this is how I found out about the base line.

There are things—wrong things—that we may regularly do, like snap at our kids unnecessarily, or tell everyone they can only have one piece of chocolate and then secretly eat 5 ourselves (maybe that’s just me). Even things like not concentrating in Salāh, or being mean, or wasting time, whatever it is, if it’s regular in your life then you don’t feel the effect that it may be having on you because it’s become normalised. It falls within your base line of actions.

But if you fall into a sin that is unusual for yourself, like backbiting or intentionally listening to or looking at something vulgar, even wasting your precious thoughts on evil schemes or unlawful daydreams, if it wasn’t something you normally did, then it’s going to affect you, because you have, in fact, dropped below your own base line.

When I say ‘affect you’ I don’t mean that you are necessarily being punished. I won’t pretend I have some unseen knowledge, nor will I think of my Lord except that He is Oft-Pardoning. What I mean is that there may be (or at least in my case and of those whom I have spoken to) a reduction in your blessings. Things that you may simply have taken for granted and didn’t even know were blessings—like my memorisation of Qur’an.

This reduction in blessings or barakah can be brought about by falling below your baseline through a sinful action, but also by missing out on a regular good action you do as well.

One sister I know regularly prayed two rakāt of Duha Salāh and she said to me that she noticed that on the rare days she missed that prayer she would find that her children would argue and bicker a lot more. It may be that Allah had bestowed this particular blessing on her as a result of her doing the Duha salāh. (Disclaimer: by the way, I started praying Duha hoping that my kids would stop bickering over everything too and it didn’t work for me. Maybe there was a different blessing I needed more, and Allah is Most Wise!)

My Qur’an teacher told the class that she always read Qur’an in the morning and found that whatever she had planned for that day she managed to accomplish. But if she missed one morning, that day she would not accomplish all the things she wanted to. I also spoke to someone who regularly did their morning and evening adhkār, and again, on the days they forgot they would find that maybe their concentration wasn’t as acute and their barakah in the day wasn’t the same. There was even one person who found that their digestive system wouldn’t work as smoothly, SubhānAllāh.

Good actions can increase the blessings and barakah you have in your day, in your life.

‘’Indeed, Allah does not do injustice, (even) as much as an atom’s weight; while if there is a good deed, He multiplies it and gives from Himself a great reward.’’[1]

The thing is, we often think that all the goodness in our lives is just normal, and we forget that we are in fact having ease in so many things because of the blessings Allah has bestowed on us. Only when something doesn’t go as ‘normal’ do we realise that it even existed (like my ability to memorise).

To put things into perspective, we all have a base line of actions, and our aim in life is to constantly upgrade that base line, by including more regular good deeds, or improving the deeds we already do (like praying a better salāh). This is something we need to commit to do for the duration of our lives. We live for the sake of Allah, for the sake of pleasing Him, and we need to renew that pledge to him often, reflecting on where we have gone wrong and how we can seek to improve.

And as for sins, undoubtedly we will fall into them along the way; it is our nature as humans.  When we do find ourselves in such a situation, we should make istighfār and remember:

The Prophet (peace and blessings be upon him) said, “Have taqwa (God-consciousness) of Allah wherever you may be, and follow up a bad deed with a good deed which will wipe it out, and behave well towards people.”[2]

For as long as we live, we are a work in progress. May Allah help us to keep raising our base lines and to shape us into the forms of His most beloved slaves. Āmīn