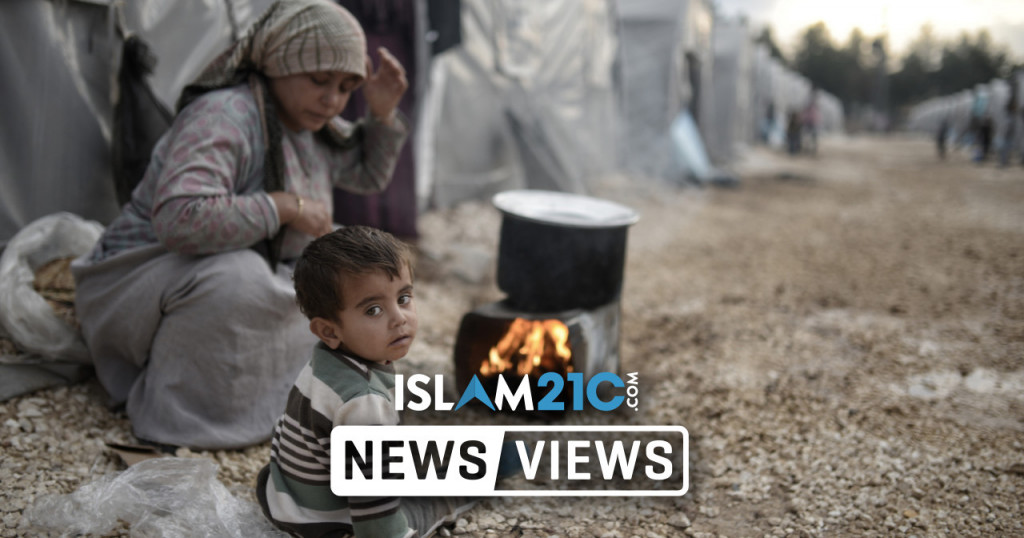 In tragic and alarming scenes, a considerable number of Turks and Syrians have engaged in violent demonstrations and clashes after two Turkish boys were allegedly stabbed by two Syrian refugees. The initial incident was reported to have occurred in an Ankara park on Tuesday evening. According to broadcaster CNN Türk, one of the injured boys, Emirhan Yalçın, has reportedly died of his injuries. The other victim, Ali Yasin Güler, is said to be in stable condition. There is great concern that racial tensions are being exploited by malign actors in order to fuel resentment against the sizeable Syrian refugee population in Ankara and wider Turkey. [1]

Immediately after the stabbing, hundreds of Turkish protesters gathered at the scene of the crime and began to cause damage to property belonging to Syrian refugees. They destroyed shop and car windows, and in one particular incident even overturned and set a vehicle ablaze. [2]

The police investigation has been fast-paced, with the Ankara Governor’s Office releasing a statement in which it announced: “Two foreign nationals have been detained.” [1] In re-emphasising the fact that the perpetrators were “foreign”, the statement further added:

“It has been identified that the ones who wounded our two citizens are foreign nationals, and two people have been detained.” [1]

Police have arrested over 70 rioters after unrest spilled over into Wednesday and Thursday, with a number of Syrian-owned properties and businesses vandalised, broken into, and looted. The violent reaction was presumably sparked by the desire to avenge the stabbing of the two Turkish youths, Güler and Yalçın. [3] Ankara police have warned that of the 76 detained, 38 of them had prior criminal records for charges including violence, burglary, and looting. This indicates that these actors engaged in premeditated acts of aggression, and potentially used the park stabbing incident as a pretext to justify anti-refugee sentiments. [2]

The Turkish Red Crescent is the nation’s largest humanitarian organisation, which was founded in 1868 and forms part of the International Red Cross. Its president said that the violence witnessed in Ankara was neither part of Turkish custom nor in any way legally or morally acceptable. In a social media post on Twitter, Dr Kerem Kınık posed the following rhetorical question: “Which of our customs includes stoning people’s houses at night?” [4]

“Many asylum seekers contacted us and expressed that they are worried and afraid for the lives of their children. These behaviours fit neither law, morality, nor humanity.” [4]

Tragically, in the midst of all the chaos, a young Syrian refugee boy was left battered, bruised, and bleeding after being hit by stones that protesters had hurled at his home. In a photograph that one might well expect to have come from war-torn Syria, the young boy is seen clutching a cloth to his wounded head, as he sits with his face and t-shirt covered in blood.

“Look, this baby is innocent, he is our guest, and his honor is entrusted to us. He was injured by a stone from the window, now we are removing him by ambulance.” [5]

Indeed, one may draw parallels with the iconic photograph of Omran Daqneesh, the five-year-old Syrian boy who was pictured sitting emotionless in the back of an ambulance with a gaping wound on his forehead. Daqneesh’s entire body was covered in dust after being rescued from rubble when an airstrike hit the city of Aleppo in August 2016. [6]

This recent spate of violence between Turkish citizens and Syrian refugees has caused serious alarm in the Muslim-majority country, which from the outset has warmly opened its borders to a staggering 3.6 million from the neighbouring besieged nation.

The brutal dictator Bashar al-Assad continues his reign as ‘president’ of Syria, recently handing himself a fourth term in office following elections that were widely slated as being rigged even before they took place. Assad’s ruthless hold on power has led to the deaths of hundreds of thousands of civilians and the internal and external displacement of millions. To put into perspective the scale of the devastation, for the period covering the start of the Syrian Revolution until 9 December 2020, the UK-based Syrian Observatory for Human Rights documented an unpalatable 387,118 deaths. [7]

While Assad and his loyal military have continued their callous assaults on the innocent population of Syria, regional ally Russia has lent substantial weight in military terms, providing troops, arms, aerial strikes, and funding in order to prop up the regime.

Turkey, meanwhile, has provided shelter to millions of Syrians while working to develop a truce, which it successfully ratified with Russia in 2020. The Republic of Turkey, which was ranked as the second biggest provider of humanitarian aid in a 2017 report, invested six billion dollars in such funds in 2016. For the same year, this represented more than double the spending of the third ranked nation, the UK. As well as being ranked the second biggest provider of humanitarian aid in 2016, Turkey accounted for an astounding 26% of global humanitarian aid in 2020. [8] [9]