Turkey to aid and sponsor Rohingya Muslims and Refugees 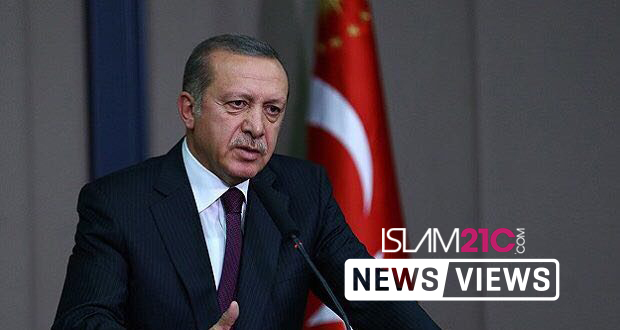 On Wednesday, Turkish President Recep Tayyip Erdoğan condemned the oppression of Rohingya Muslims in the state of Rakhine in Myanmar. President Erdoğan stressed that Turkey would not neglect or abandon the Rohingya Muslims who are believed to be the most persecuted minority in the world.[1]

In just three days up to 3,000 Rohingya Muslims have been killed in a massacre by Buddhist extremists and Burmese security forces.[2] The Rohingya are an ethnic Muslim group who have lived in the Buddhist majority country of Myanmar for many centuries. The Muslims in Myanmar have been attacked viciously with impunity, they have been forced to leave their homes and stripped from their right to vote.[3]

“The Burma Army is now fully engaged in scorched-earth tactics against Rohingya villages in many parts of northern Rakhine state, ostensibly targeting fighters, but in reality, hitting ordinary villagers,”

Erdoğan spoke at the Presidential Palace in Ankara on the Aug. 30 Victory Day; a day to commemorate Turkey’s victory in the 1922 War of Independence.[5] He stated that Turkey was prepared to provide additional humanitarian aid to the persecuted minority and that the international community should to the same.

“We cannot be like them, we cannot act by casting aside our conscience, justice and fairness and crushing everything in our path for vested interests. Just as we opened our arms to our brothers in Syria, Iraq, the Balkans, the Caucasus, North Africa. We will not leave the Muslims in the Rakhine state who are being oppressed alone.”

“The issue of Rakhine is a tragedy, over 20,000 mistreated and oppressed people are forced to flee to Bangladesh. They have to leave their homes; their villages are destroyed. Hundreds of Rohingya Muslims are killed, all these are happening in front of eyes of all humankind, but unfortunately humankind is insensitive to them.”

Erdoğan also noted that he discussed this matter with various individuals and that Turkey is in contact with international organisations. He said,

“I, as the rotating president of the organisation of the Islamic Cooperation, held necessary talks with leaders of Muslim countries and UN Secretary General Guterres and on the issue of a UN refugee council, our officials are continuing their efforts which we will continue to support.”

Mevlüt Çavuşoğlu, the Minister of Foreign Affairs stated that Turkey will cover any costs if the Rohingya are permitted into Bangladesh. He informed Bangladeshi officials that Turkey was willing to carry any financial burdens if they opened its borders for refugees from Myanmar escaping persecution.[8]

“We are providing all sort of aid to our Rohingya brothers. God willing, we will take concrete steps towards resolving this issue. Our president is sparing no effort towards that end. Last evening, he spoke with his İndonesian and Malaysian counterparts. And he spoke with the UN General Secretary. Following his instructions, I will speak today at around 16:00 with the former UN General Secretary and special representative Kofi Annan. We are also pressing for action in the Islamic Cooperation Organization. We will devote a summit this year for the Rakhine state. We must find a final solution for this crisis.”

[1] Economist.com. (2017). The most persecuted people on Earth? [online] Available at: https://www.economist.com/news/asia/21654124-myanmars-muslim-minority-have-been-attacked-impunity-stripped-vote-and-driven [Accessed 1 Sep. 2017].