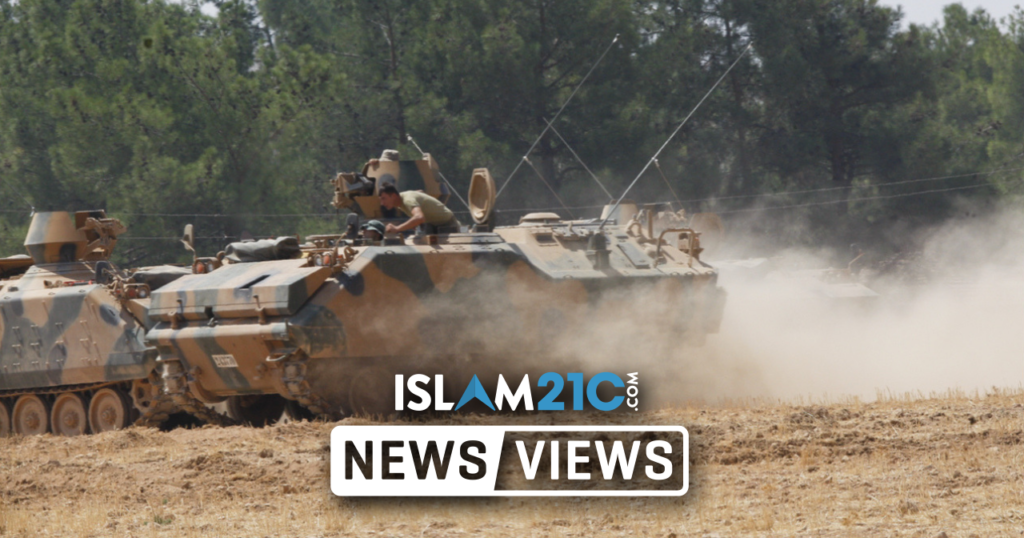 A Turkish military convoy came under attack by regime forces as it made its way through Syria’s rebel-held Idlib province. The convoy was made up of seven tanks and heavy weaponry.

According to the Turkish defence ministry, three civilians were killed and a further 12 were wounded in the attack.

Monday’s air raids were “strongly condemned” by the Turkish ministry, who said that they were contrary to “existing agreements as well as our cooperation and dialogue with Russia.”

The ministry also called for “urgent measures” to prevent a repeat of the incident.

According to Turkey, the convoy was en route to one of its observation posts in northwest Syria, but the Syrian regime claims that it entered the country to deliver ammunition to assist opposition fighters.

The Syrian regime and its allies have succeeded in recent weeks in retaking many parts of the country and now seek to exterminate the remaining rebel-held enclaves, with reports of civilian massacres and attempts to force the fighters into surrender.

Turkey supports some of the rebel factions in Syria and has even deployed its forces into the area under deals with the regime’s closest ally, Russia.

Syria’s foreign ministry denounced Turkey’s move and called it an act of “aggression.” Syrian state media, SANA, added that Turkey’s move would not affect “the determination of the Syrian Arab Army to keep hunting the remnants of terrorists.”

The convoy was forced to stop on the Damascus-Aleppo highway due to Russian air raids in the area, according to Al Jazeera’s Suhaib al-Khalaf, who added:

“It is clear that the Syrian-Russian alliance wants to send a direct message to the convoy: not to approach the areas where heavy clashes are taking place in and around Khan Sheikhoun.”

Over 500,000 people have been killed in the crackdown by the regime, with many more being displaced. The Syrian regime, with backing and support from its allies Russia and Iran, has been able to militarily defeat the opposition and rebel fighters, and is regaining territory that has been lost in previous years.