The Path to Forgiveness 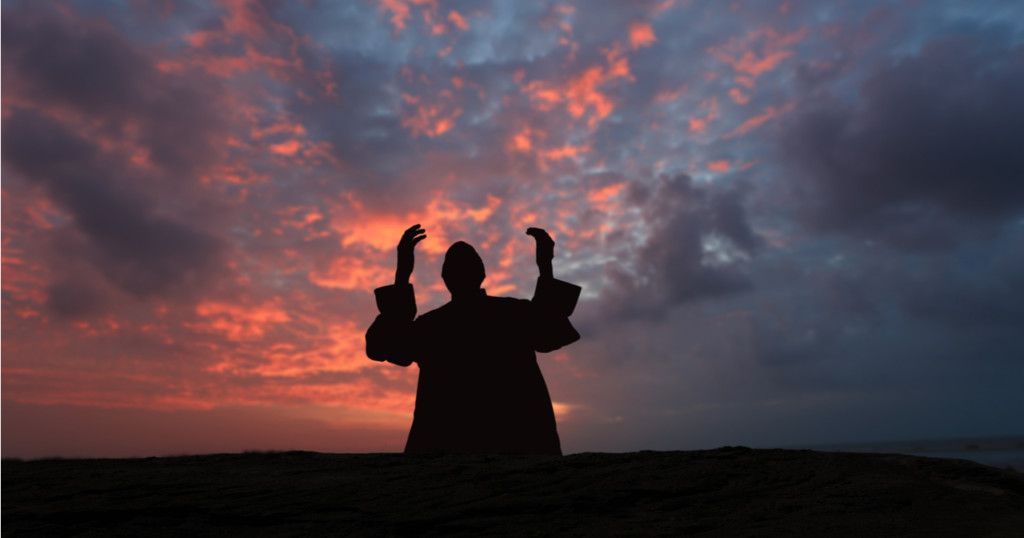 It was reported that the Prophet (sall Allāhu ‘alayhi wa sallam) said:

“All of the children of Ādam are sinners, and the best sinners are those who repent.” [1]

By our very nature, we as humans will always make mistakes and commit sins during our lifetime. This is how we have been created by our Lord. Yet just as Allāh inspired words of repentance to Ādam (‘alayhi al-Salām) after he ate from the forbidden tree, Allāh has opened the doors of repentance to the believers and reminded us several times to seek forgiveness for our shortcomings.

In fact, so beloved is the act of forgiving to Allāh that the Prophet (sall Allāhu ‘alayhi wa sallam) said:

“By the One in Whose hand is my soul, if you did not commit sin, Allāh would do away with you and bring people who would commit sin then pray for forgiveness.” [2]

The detrimental effects of sins

Before delving further into the primary topic of tawbah (sincere repentance), let us first examine some of the disastrous effects of committing sins. As we go through adolescence and into adult life, we may carry the burden of debt, stress, responsibilities, and so on. But all of these combined do not compare to the burden of the sins we have collected. The luggage of sin is surely the most harmful thing we will take to the Hereafter, and the impact of these sins starts in this worldly life:

Having considered the above, the dangers of habitual sinning are clear. Perhaps we may recognise some of these impacts in our own realities. However, whatever state one may currently be in, we should always remember the doors of tawbah are open and could rectify all of these symptoms. For each of the above effects, one could invert them to their very opposites through the act of sincere repentance.

The basics of tawbah

Tawbah is one of the cornerstones of what it means to be a successful Muslim, as Allāh says:

“And turn to Allāh in repentance, all of you, O believers, that you might succeed.” [6]

And even more directly, Allāh warns those who do not repent:

“And whoever does not repent, then it is those who are the wrongdoing ones.” [7]

Given that we will all commit sins at some level, it is clear that we cannot do without tawbah in our lives. The word itself is linguistically derived from the notion of ‘returning’, as one turns back to his Lord in seeking repentance, and likewise Allāh returns to His slave with mercy.

The conditions of tawbah can be broken down into four key steps:

It may be that one fulfils the above but then finds themselves returning to the sin again despite a previous sincere commitment to stay away. In this case, their original tawbah may well have been accepted, but one should never despair. Rather, one should repeat the process of tawbah again and try their best to once again stay away from the sin. Perhaps some may even need a few cycles of this process, but know that Allāh will not forsake the repenting slave.

Consider a person who lives a good life with minimal sins, but one day slips into a much bigger sin. Suddenly his rank with Allāh might be lower and he may think that, having momentarily gone off the right path, he will not reach that same rank again even after tawbah. However, with the mercy of Allāh, this person could not be farther from the truth. Depending on the quality of his tawbah, this person may end up being closer to Allāh than he was before through that very repentance, and may have had the sin wiped out along the way!

The doors of tawbah remain open until the “death rattle”[8] begins for each individual. On a collective level, the doors are shut when punishment is imminent or the major signs of the Day of Judgement begin.

What if I don’t sin much?

Clearly, if we fall into sin, we should immediately seek to rectify our situation by comprehensively performing tawbah. Any delay in doing so is in itself a sin that would need separate tawbah! But why else might one need to seek forgiveness?

As previously discussed, every single one of us has shortcomings. We may commit clear acts of disobedience at different levels, but our shortcomings extend to:

It is nearly impossible to escape these sins, and so even the most pious of individuals will need to regularly seek forgiveness from Allāh.

The benefits of tawbah

We started by mentioning ten detrimental effects of sins and concluded them by saying they could each be reversed by seeking forgiveness and regularly making tawbah. To briefly recap, this includes, amongst others, attaining a purer heart, having more barakah in one’s life, strengthening one’s level of īmān, expanding one’s provisions, and seeking to do more good.

Allāh summarises this in the story of Nūh (‘alayhi al-Salām):

“And I said, ‘Ask forgiveness of your Lord. Indeed, He is ever a Perpetual Forgiver. He will send [rain from] the sky upon you in [continuing] showers. And give you increase in wealth and children, and provide for you gardens and provide for you rivers’.” [9]

Even more mind-blowing is what Allāh says in Sūrah al-Furqān:

“Except for those who repent, believe and do righteous work. For them, Allāh will replace their evil deeds with good. And ever is Allāh Forgiving and Merciful.”[10]

Imagine the one who falls into sin and has this written into his records for the Day of Reckoning. Should this believer repent and do good, Allāh offers to not only remove that sin but place a good deed in its place! Such is the power and virtue of tawbah.

How we can erase our sins

We have understood that carrying sins is an issue we all face, and Alḥamdulillāh, Allāh has given us opportunity after opportunity to remove these sins through repentance. Some of our scholars have compiled a list of methods by which our sins can be erased, categorised into three main areas:

Applying Active Effort: these are the steps which are in our own hands and on which we should exert maximum effort in pursuing them:

Experiencing Calamities: these are obviously difficult moments which we do not control or seek, but could be an expiation of sins:

Receiving Grace & Favour: another category that is not within our direct control, but with immeasurable worth:

As mentioned, we should focus most on what we have some control over, and hence those steps listed under ‘Applying Active Effort’ are key to every believer. Note that seeking forgiveness and repentance are mentioned separately within the same āyah. When this happens, the scholars hold that they must have two distinct meanings. Allāh said:

“Seek forgiveness of your Lord, and repent to Him.”[11]

Istighfār is to request forgiveness from Allāh. This difference has generally been understood to mean that one is a subset of the other (i.e. the utterance of seeking forgiveness is one aspect of tawbah), or alternatively that istighfār relates to the past whilst tawbah is to do with the present. Allāh knows best.

Performance of good deeds is another major window of opportunity to wipe out our sins, and this encompasses a huge variety of acts. In the second and final part of this article, we will consider a number of aḥādīth that detail simple acts of good deeds that wipe out sins – and we should add erasing our sins to our intentions when carrying them out.

All of mankind sins, and Allāh is indeed all-forgiving and most merciful. A number of His Names pertain to His forgiving and merciful nature; perhaps a separate article is needed to discuss these in detail.

As believers, we should take every opportunity to live in obedience to our Creator by fulfilling our obligations and staying away from the prohibited. This includes enjoining the good and forbidding the evil by displaying the best of character and, amongst others things, by continuously seeking forgiveness and repenting to our Lord.

Based on a seminar delivered by Sabeel. Visit sabeel.org.uk to find out more about their seminars and retreats.