Swedish government given diplomatic slapping-down amid crucial NATO accession talks; prior approach to such incidents viewed as lax since strategic interests were not at risk
News 21/01/20234 Comments6 Mins ReadBy Shaheer Choudhury 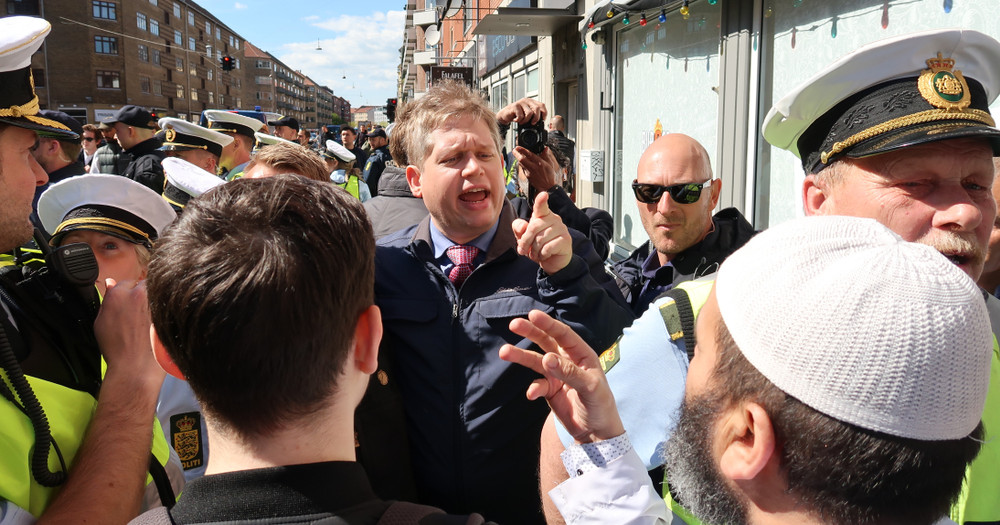 The Turkish government has reacted furiously to not only the Qur’ān-burning demonstration held outside its embassy in the Swedish capital of Stockholm earlier in the day, but also – more crucially – the Swedish authorities’ approval of the so-called protest in the first instance. [1]

Furthermore, it has been widely documented that the hate preacher behind the incident, Rasmus Paludan, was granted heavy police protection for his latest stunt. [1]

The Foreign Ministry of Türkiye responded to the appalling incident with a statement that sharply criticised the “anti-Islam act”:

“We condemn in the strongest possible terms the vile attack on our holy book … Permitting this anti-Islam act, which targets Muslims and insults our sacred values, under the guise of freedom of expression is completely unacceptable.” [1]

In addition, the Turkish Foreign Minister, Mevlüt Çavuşoğlu, described the act as “a racist action” that was nothing at all to do with “freedom of expression”. [1]

Other countries including Saudi Arabia, Pakistan, Iran, the UAE, Jordan, Qatar, and Kuwait have all issued statements condemning the Islamophobic act of hatred. [2]

The Saudi Foreign Ministry said in a statement,

“Saudi Arabia calls for spreading the values of dialogue, tolerance, and coexistence, and rejects hatred and extremism.” [2]

The Pakistani Foreign Ministry went further by describing the heinous event as a “senseless and provocative” act of Islamophobia, adding that it “hurts the religious sensitivities of over 1.5 billion Muslims around the world”. [2]

“Pakistan’s concerns are being conveyed to the authorities in Sweden.

“We urge them to be mindful of the sentiments of the people of Pakistan and the Muslims worldwide and take steps to prevent Islamophobic acts.” [2]

It is worth mentioning that the desecration of the Qur’ān will never achieve any harm upon the book of Allah.

He (subḥānahu wa ta’āla) states in the Qur’ān,

Responding to the barrage of criticism from within the Turkish government, Swedish authorities sought to engage in damage limitation.

It is difficult to believe such responses as being anything but cheap attempts at damage control, particularly when the man responsible for today’s incident – Rasmus Paludan – was also given police protection in April of 2022 for a similar stunt. [4]

Muslims are the enemy?

Danish-Swedish far-right politician Paludan launched a so-called “tour” in early 2022 to garner support for September elections in Denmark. He stated that he would be visiting various cities in Sweden with the goal of burning copies of the Qur’ān during the month of Ramaḍān. [4]

The April 2022 plan unleashed a tidal wave of unrest as dozens of people were injured and police cars were set alight. Paludan later cancelled the “tour”. [4]

In a 2018 video, the hate preacher described Islam as the “enemy”, with a desire to rid the world of adherents to the correct way of life:

“The enemy is Islam and Muslims.

“The best thing would be if there were not a single Muslim left on this Earth, then we would have reached our final goal.” [4]

Since Sweden’s easterly neighbour Russia invaded Ukraine in February of 2022, the Scandinavian country has been alarmed by the sheer scale of the offensive, and continues to be fearful of the belligerent Putin-led move spilling over into its sovereign territory.

Both Sweden and fellow Scandinavian state Finland have expressed similar fears and there is a seismic shift on the cards, if both Finland and Sweden are ultimately permitted to join NATO.

Indeed, the potential impact goes far beyond Scandinavia, with the broader geographical border with Russia and NATO-aligned countries more than doubling if the pair become members – Finland has an 830-mile border with Russia. [5]

Naturally, this would have a serious impact on Russian military posturing and its ability to launch an attack, or even defend itself from the same.

In early 2022, analysts estimated that a build-up of around 190,000 Russian troops were stationed at the Ukraine border. Given that Russia has likely already lost many tens of thousands of men in this protracted war to date, resources would be stretched even thinner. [6]

At the same time, some have argued that Swedish and Finnish NATO membership could be the key to ending the current conflict.

Furthermore, while at present, Putin’s military is heavily positioned in Ukraine or on the border, such troop placements would need to be rethought if the country’s leadership suddenly had to contend with potential incursions by NATO from its western flank.

In hastily applying for NATO membership after Russia’s invasion of Ukraine, Sweden has also readily ditched a decades-long policy of neutrality and non-alignment dating back to 1949.

Despite the majority of NATO members raising no objections to Swedish entry into the bloc, Türkiye has expressed concerns pertaining to Kurdish terrorism, the PKK terror group, and the harbouring of connected individuals in Sweden, as well as demanding the extradition of people affiliated with the banned preacher, Fethullah Gülen.

While some concessions have already been made by Sweden, the Turkish government has presented the Qur’ān-burning incident as a clear setback to the continuation of talks.

“Allowing this action despite all our warnings is encouraging hate crimes and Islamophobia.

“The attack on sacred values is not freedom but modern barbarism.” [7]

Earlier in the day, the Turkish authorities cancelled a planned 27 January discussion between Swedish Minister of Defence, Pål Jonson, and his Turkish counterpart, Hulusi Akar. [1]

The Turkish Minister of National Defence reasoned that the meeting had “lost its significance and meaning”. [1]