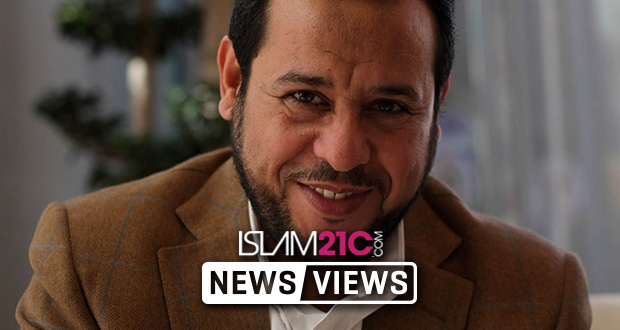 Libyan former dissident Abdel Hakim Belhaj and his Moroccan wife Fatima Boudchar, finally received a long sought-after apology from the British Government for their part in his kidnapping and torture, under the pretext of the “War on Terror”. Mr Belhaj was travelling with his pregnant wife in 2004, when they were detained in China and taken to Thailand before being handed over to the CIA, only to be shackled and flown to Tripoli on a 17-hour flight.[1]

An appalling 6-year story of torture and inhumane treatment followed, all the while disgraced former Prime Minister Tony Blair was building a lucrative relationship with the tyrant Col Gaddafi – the two famously meeting just weeks after this case of illegal rendition to announce their joint efforts on the so-called “War on Terror”. Rumours and accusations about UK involvement in such cases soon spread, leading the Foreign Secretary at the time, Jack Straw, to label such suggestions as “conspiracy theories”.[2]

UK complicity was proven many years later however, when during the fall of Col Gaddafi, several intelligence documents were uncovered in Libya, including an exchange between the head of MI6 at the time, Sir Mark Allen, and Gaddafi’s right-hand man Moussa Koussa:

“This was the least we could do for you and for Libya to demonstrate the remarkable relationship we have built over recent years. The intelligence … was British. I know I did not pay for the air cargo. But I feel I have the right to deal with you direct on this.” [3]

Mr Belhaj began his quest to obtain an apology from the UK Government soon after, honourably dismissing any idea of financial compensation, so as to avoid burdening the UK tax-payer. However despite substantial evidence, the Government denied involvement for years, racking up legal fees in excess of £750,000 by early 2017.[4]

The apology finally arrived this week, along with £500,000 in compensation to cover the significant legal fees incurred by the Belhaj family. Theresa May’s letter mentioned:

“The UK government believes your accounts. Neither of you should have been treated in this way. The UK government’s actions contributed to your detention, rendition and suffering.

“… On behalf of Her Majesty’s government I apologise unreservedly. We are profoundly sorry for the ordeal that you both suffered and our role in it. The UK government has learned many lessons from this period.” [5]

The Belhaj family graciously accepted the apology, which marks the first time that the ministers have apologised for any specific act at the hands of British intelligence officers.[6] However no charges have been brought against those complicit in this case; indeed the statement issued by PM Theresa May shed absolutely no light on those responsible. Despite Jack Straw facing calls by some MPs to explain his role to parliament,[7] he and the main culprit, Sir Mark Allen, still continue to deny any wrong-doing and do not appear to be under any threat of facing justice in this lifetime.

Moazzam Begg, Outreach Director of advocacy group CAGE, worked with Belhaj’s lawyers to uncover evidence and campaigned for accountability for rendition and torture. He issued the following statement in response to the apology: