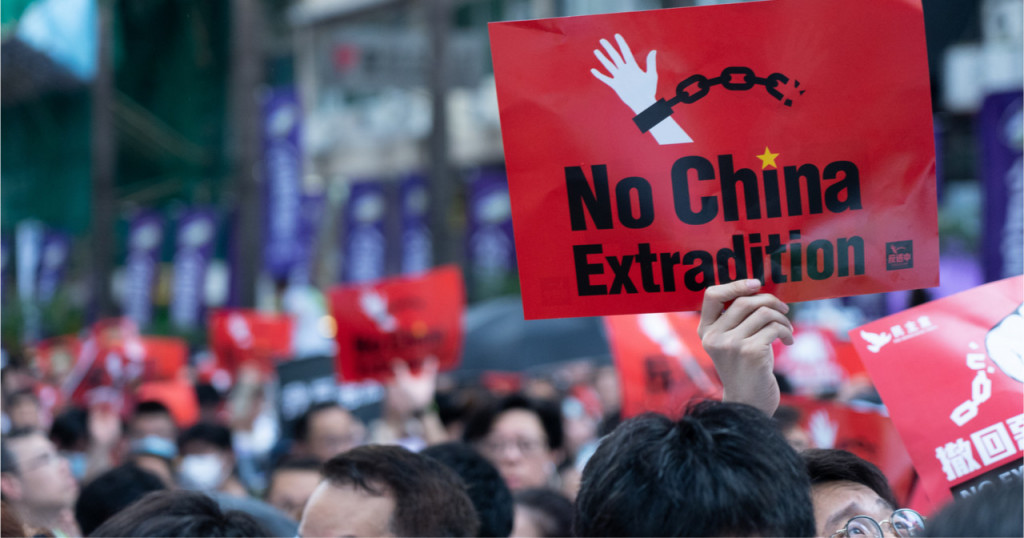 Recent reports by Amnesty International reveal that Uyghurs detained by Saudi Arabian authorities are at risk of being deported back to China where they may be subject to arbitrary detention, torture and persecution. [1] Amongst those detained are Islamic scholar Aimidoula Waili, his friend Nuermaimaiti Ruze, as well as Nuermaimaiti’s former wife Buheliqiemu Abulaand her daughter of just 13 years of age. At a time when China is imposing a brutal genocide on Uyghur and other minority Muslims in East Turkestan (which the Chinese refer to as “Xinjiang” – “new colony”), the detainees fear for their lives.

“Deporting these four people—including a child—to China, where Uyghurs and other ethnic minorities are facing a horrific campaign of mass internment, persecution and torture, would be an outrageous violation of international law.”

Buheliqiemu Abula, who has long-term residence permits in Saudi Arabia and Turkey, was detained with her daughter near Makkah on Thursday. [3] Along with them are Aimidoula Waili and Nuermaimaiti Ruze who were detained after travelling to Saudi Arabia from Turkey in February 2020 on a tourist visa to perform the pilgrimage of Umrah. The two men were detained in November 2020 near Makkah and were held in Jeddah Dhahban Central Prison before being transferred to Riyadh. It is reported that they were not given a reason for their arrest, nor informed about any charges against them.[4]

‘Under the customary international law principle of nonrefoulement and as a State Party to the UN Convention against Torture, Saudi Arabia is obliged not to return anyone to a country where they would face a real risk of torture or other cruel, inhuman or degrading treatment or punishment, persecution and other serious human rights violations.’[5]

It is imperative that these brothers and sisters are not sent back to China where they will be subject to torture and persecution. Waili’s daughter Sumeyye said to Amnesty International,

The memories of the Chinese internment camps still haunt Aimidoula Waili who was previously arrested by Chinese authorities in August 2013 in East Turkestan due to one of the employees at his factory allegedly inciting an uprising. In November 2020 Waili revealed to Amnesty that he was tortured by being ‘electrocuted and forced to stand on ice while wearing nothing but slippers and underwear for up to three hours every day.’ [7]

54-year-old Abula recounts from her last phone call with Nuermaimaiti Ruze on the 20th March that Ruze told the Saudi authorities that he and Waili “would rather die here than be sent back to China”.[8]

Today millions of Uyghur and other ethnic minority Muslims are being subjected to arbitrary mass detention in concentration camps, systematic suppression of births and eradication of Uyghur identity through forced sterilisations, political indoctrination and various methods of forced assimilation and religious suppression.[9]

Commentators have pointed out that to send Uyghurs who were in an inviolable state of protection when visiting the Sacred House of Allah, to a place where Muslims are subject to persecution, only adds to the travesty.

‘And [remember] when We made the Sacred House a centre and a sanctuary for the people [saying], “[You may] take the standing-place of Abraham as a site of prayer.” And We entrusted Abraham and Ishmael to purify My House for those who circle it, who meditate in it, and who bow and prostrate themselves [in prayer].’[10]

“With time seemingly running out to save the four Uyghurs from this catastrophic extradition, it is crucial that other governments with diplomatic ties to Saudi Arabia step in now to urge Riyadh authorities to uphold their obligations and stop deportations.”[12]

What you can do?

You can write a message to the Foreign & Commonwealth Office (FCO) and your local MP to ask them to use all diplomatic means to protect these Uyghurs being deported to a regime that is carrying out genocide against their people – as is every country’s obligation under international law.

UYGHURS
Share. Facebook Twitter LinkedIn Email Telegram WhatsApp
Previous ArticleHow to Achieve Goals: A Sacred Truth From the Qur’an
Next Article No Ramadan in East Turkestan: A Message From Uyghurs