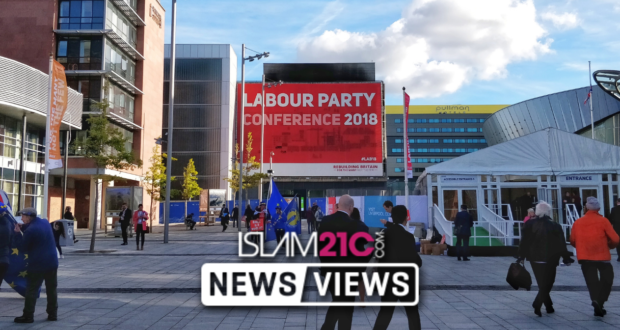 During a packed-out Labour conference hall, Labour delegate, Colin Monehen called out the US for cutting all of its funding to the UN’s Palestine refugee agency (UNWRA). [1] The agency which seeks to help Palestinian refugees, provides support to around 5 million registered Palestinian refugees. [2]

The Labour conference hall stood to applaud as Mr Monehen continued to highlight the plight of the Palestinian people. He said:

“We see that you seek to push the Palestinian people and the truth of their tragedy into darkness”. [3]

As he was delivering his speech, Mr Monehen was informed that his “time was up”, to which he replied that his time had not expired, and suggested that an army would be needed to remove him off stage because:

The Labour delegate concluded by saying:

“We’ve heard you calling from the darkness, and we cannot, we will not, ignore your tragedy.”

The Tory conference began this weekend and with the conflict currently taking place within the party, all eyes will be on Theresa May, given the prospect of a general election and Brexit chaos.