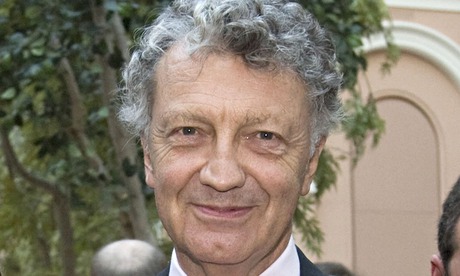 William Shawcross was the man selected by Boris Johnson’s government to lead the so-called independent and impartial review of the destructive Prevent programme. However, he recently told the Independent that not only did he fail to meet the 30 September deadline, but he will also miss the Home Secretary’s 31 December target to respond to his recommendations. The appointment of Shawcross to the role was always an issue of contention, in light of his clear bias against Islam and Muslims. Notably, Shawcross once said of the religion: “Europe and Islam is one of the greatest, most terrifying problems of our future.” [1] [2]

The long overdue government review of the arguably poisonous ‘anti-radicalisation’ programme Prevent has been beset with scandal since its inception in January 2019. The Conservative government scored an incredible own goal when Lord Carlile – a former Liberal Democrat MP and the independent reviewer of terrorism legislation from 2001 until 2011 – was forced to step down after it emerged that he had previously expressed support for Prevent. His successor – Shawcross – was due to provide his recommendations to Home Secretary Priti Patel by the end of September, after which Patel would (apparently) have had sufficient time to respond to each recommendation by 31 December. Following the missed deadline of 30 September and the confirmation that the end of year deadline will also be missed, the review is not expected to be presented at Parliament before February 2022 at the earliest.

Shawcross sought to soften the blow by telling the Independent:

“My review will set out recommendations for how the government should develop its approach to engage with and support people vulnerable to being drawn into terrorism over the next five years, as the threat evolves. I have made good progress in collating and analysing a large body of evidence. However, there remains more work to be done before I am satisfied.” [1]

In a move that might be likened to the title of the 1994 drama The Shawshank Redemption, the Home Secretary has given Shawcross some breathing space by granting him an extension to complete his ‘review’ – more Shawcross Redemption than Shawshank.

At the beginning of this year, shortly after the government announced William Shawcross as the reviewer of Prevent, more than fifteen rights and advocacy groups denounced the move in a joint statement. The signatories included Amnesty International, CAGE, MEND, Liberty, and the Runnymede Trust. In the open letter, the organisations issued the following statement:

The Prevent programme has been in existence since 2003, with revisions and updates taking place along the way, each arguably more contentious than the last. In 2015, under legislative guidance issued under section 29 of the Counter-Terrorism and Security Act 2015, Prevent was forced upon schools and colleges as a “statutory duty”. This major development brought in a legal responsibility for educational institutions to monitor their own pupils and report any behaviour deemed to constitute as a “risk of radicalisation”. In effect, it outsourced the work of the domestic security service, MI5, to teachers and administrative staff. [4]

Time and again, campaigners have condemned the government scheme as being a tool to target and spy on Muslims. It has alienated and disenfranchised vast swathes of the British population, and has instilled a culture of surveillance into academic institutions such as universities and colleges, as well as primary and secondary schools. Furthermore, the scope of the programme is appallingly broad and all-encompassing, such that children as young as four years of age have fallen into its trap.

One mother said of her child’s experience following a Prevent referral in September 2019:

“The office sent me all the information, including the transcript of that conversation. It’s quite clear he mentioned Fortnite…He’s just a little boy with an imagination. The teachers should know in this setting that [children] have imagination. They know exactly what kids are like, and what young boys are like. I do think that if it was a white boy, they wouldn’t have actually gone to that extreme of referring him to the Prevent scheme.” [5]

In June of this year, an alternative to Shawcross’ review of Prevent appeared: ‘The People’s Review of Prevent’. Co-chaired by Dr. Layla Aitlhadj, director and senior caseworker at Prevent Watch, and John Holmwood, Professor Emeritus in the School of Sociology and Social Policy at the University of Nottingham, the parallel review has been collecting evidence throughout the year. Notably, the People’s Review aims to gather the views of academics and scholars who oppose Shawcross’ appointment as the government’s reviewer of Prevent. [6]

As Dr. Aitlhadj stated in an article for Islam21c earlier this year, the government’s appointment of Shawcross “galvanised more than 450 Islamic organisations, including 350 mosques and imams, representing a diverse range of Muslim voices”. The People’s Review is expected to carefully study the submitted data prior to producing a “dossier of evidence available for the public and the government”. [7]

“Historically there has always been an expansion of Prevent following the government’s ‘reviews’ of the programme. This happened in both 2011 and 2015. The Government has a bad track record with reviews. The recent Race Review and the Islamophobia Review both ended up with controversial conclusions.

“Many people impacted by the Prevent policy do not trust the Government and will not engage in the process. This year, after the appointment of William Shawcross to lead the Prevent review, over 500 organisations and individuals decided to boycott it…

“This platform serves to listen to, collate and document these voices, to ensure that a broader range of targeted individuals and groups are heard, without being tainted by accusations of having participated in another rubber-stamping exercise. Our call for evidence…also extends to those who have not shared their views before, or have been afraid or in two minds about doing so. Through this, ‘The People’s Review of Prevent’ aims to assess, present and address the true impact of Prevent.” [6]

The independent advocacy organisation CAGE recently launched a website that elaborately catalogues hundreds of pieces of content regarding Prevent. Through its website abolishprevent.com, the group hopes to further realise its goal of campaigning for justice and due process around the world. The group’s website comprises of an easy-to-use resource that includes past reports, a detailed chronology of the efforts that it has taken over the past ten years, as well as a detailed 8-point plan to scrap and replace the so-called anti-radicalisation programme.

“Abolishing PREVENT is the only sensible option. The evidence is clear that the policy undermines civil liberties, and only serves to bolster the ever-encroaching surveillance infrastructure created by the state to demolish our rights and freedoms.

“Impacted communities, activists and organisers can all benefit from this website as it presents a community-led response to the failed PREVENT programme in one central place. We renew our call to all right minded individuals and groups to join our campaign to abolish what has been one of the most pernicious policies in modern times.” [8]