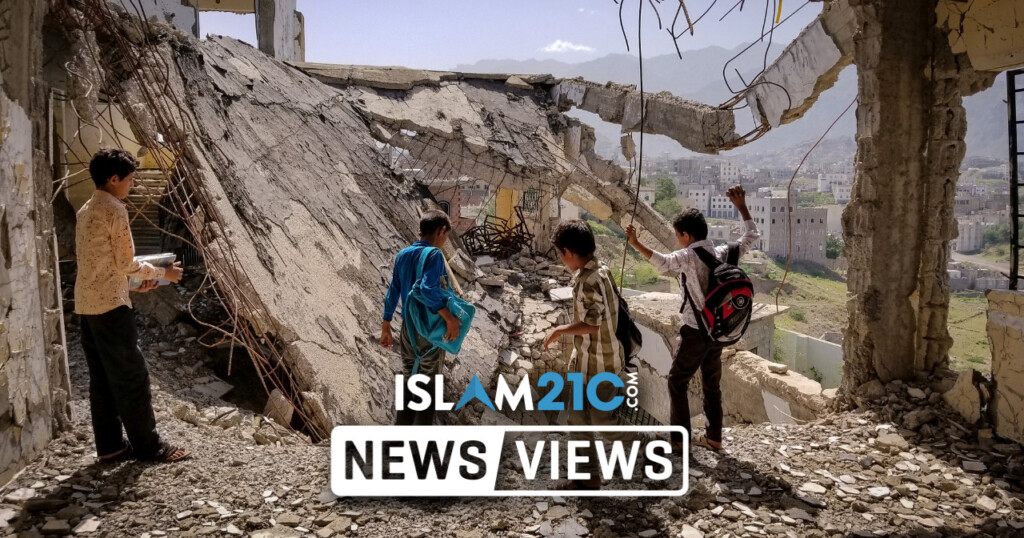 The British Government announced last Tuesday it would resume its selling of lethal weapons to Saudi Arabia, who will use them in the Yemen conflict. The UK had temporarily ceased exporting weapons to the desert kingdom last summer after the Court of Appeal ruled the sales unlawful because there had not been a formal risk assessment of civilian casualties.[1]

Following the Court of Appeal decision in June 2019, the British Government provided an undertaking that it would not grant any new licences to export arms or military equipment to Saudi Arabia, given their potential use in the Yemen conflict. However, in a written statement released last week, Liz Truss, the International Trade Secretary, said that an official review had concluded that there had only been “isolated incidents” of breaches of humanitarian law.

Truss added that the “backlog” that had been generated as a result of the Court of Appeal order would now be cleared.

The decision by the British Government has been widely condemned, with arms trade campaigners describing it as “disgraceful and morally bankrupt”.

Andrew Smith of the Campaign Against Arms Trade said:

“The Saudi-led bombardment of Yemen has created the world’s worst humanitarian crisis, and the government itself admits that UK-made arms have played a central role on [sic] the bombing.”[2]

Thousands of civilians have died since March 2015, when Saudi Crown Prince Mohammed bin Salman launched his ill-fated campaign into Yemen. Over the period of the conflict, arms and services exports have made BAE Systems, Britain’s leading arms manufacturer, over £15 billion.[3]

The Gulf kingdom has long enjoyed unconditional support from the British Government, including during Prime Minister Boris Johnson’s time as Foreign Secretary, and Phillip Hammond who, at the start of the war, said: “Britain will support the Saudi-led assault on Yemeni rebels in every practical way short of engaging in combat.”[4]

The British Government’s claim that there had only been isolated instances of breaches of humanitarian law has been challenged by some commentators, citing a 288-page report submitted to the International Trade Secretary last year that documents Saudi Arabia’s cover-up of unlawful airstrikes in Yemen.

The report, which was prepared by the Global Legal Action Network (GLAN) and Bindmans LLP, says the attacks appear to violate international humanitarian law by “targeting civilians and civilian infrastructure.”[5]

Journalist Arron Merat, who obtained some of the evidence in the detailed report, said:

“This evidence shows not only that Riyadh is targeting Yemeni civilians but that it is covering them up with whitewash ‘investigations’.”[6]

The report by GLAN and Bindmans LLP follows reports in 2016 that UK-made cluster munitions were used by Saudi forces in Yemen. The UK is a signatory to a 2010 international treaty banning the use of cluster munitions, whilst Saudi Arabia is not.

Cluster munitions leave bomblets that can be picked up after a conflict has ended, thereby placing civilians at risk, including children that may mistake these bomblets for toys.

On Friday, the UN World Food Programme (WFP) said that just under 10 million people were facing the prospect of famine in Yemen unless urgent action is taken. WFP said it needed $737 million to keep its program running for the rest of the year in the war-ravaged country.

“Yemen is facing a crisis on multiple fronts. Imports have declined, food prices are soaring, the riyal is in freefall, and foreign currency reserves are nearing total depletion.”[7]

Despite its faltering economy, Saudi Arabia has intensified its strikes into Yemen, with at least 40 airstrikes in the north of the country last week. The conflict in Yemen has cost Saudi Arabia a fortune, both in material and reputational terms. At a time when a barrel of oil is selling at around $40 – less than half what the Kingdom needs to break even and with the COVID-19 pandemic resulting in the suspension of Hajj and Umrah revenues – quite how long Mohammed bin Salman can maintain his reckless escapade into Yemen is unclear.[8]

Yemen is one of the most impoverished countries on Earth, and was so even before the war. According to the UN, 10 million Yemenis are facing acute food shortages, with two million children and one million pregnant or breastfeeding mothers requiring treatment for malnutrition, further compounded by a global economic downturn caused by the global lockdown. Foreign donors are also unlikely to donate in significant amounts. With the COVID-19 pandemic ripping through the country, and the nation’s broken medical infrastructure unable to cope, Yemen is undoubtedly in a crisis of cataclysmic proportions.

OneUmmah is one of the main UK charities providing life-saving support to the millions affected by food insecurity in Yemen. You can help save lives. Click here to find out more.