A Year After the Assassination of Khashoggi: Lessons and Reflections 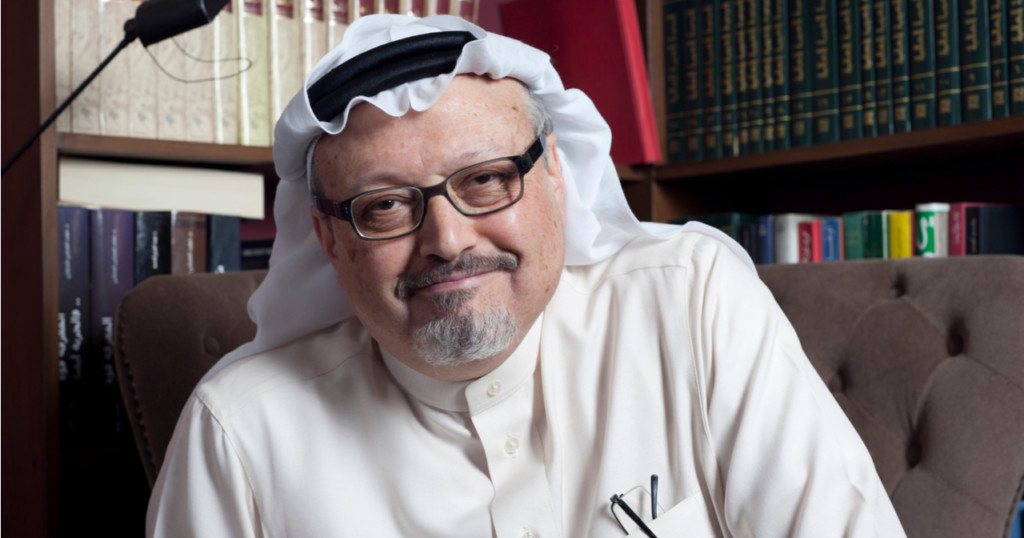 Do assassinations change history? A tangled question, given the many political, military, and socioeconomic forces at work. Whether or not assassinations change ‘the history of the world’, the former British prime minister Benjamin Disraeli described it best when he said that they do appear to change the history of individual countries.[1] It certainly did in the case of Saudi journalist Jamal Khashoggi, whose horrific assassination exactly one year ago happened after visiting his country’s consulate in Istanbul. This assassination has left an extraordinary impact in recent history. The global spotlight and acclaim that Saudi Crown Prince Mohammad bin Salman (MBS) was enjoying after revealing his ambitious 15-year reform programme for Saudi Arabia was overturned almost overnight, giving way to outrage and recrimination when the brutality of the assassination of Khashoggi was traced back to the House of Saud. One year on, revelations surrounding the murder of the journalist have shone a bright spotlight on the true colours of MBS and his dubious human rights track record hidden behind a false agenda of nationwide reform.

Khashoggi was neither a rebel nor an anti-monarchist. On the contrary, he was a mass media advisor to the royal court who hoped that MBS would transform Saudi Arabia into a modern state. Things turned sour and Khashoggi became persona non grata after he aired an interview with a government critic and helped launch the new TV network Al Arab in Bahrain in 2015. Khashoggi’s calls for openness were not welcomed by MBS. In the US, he became a columnist for the Washington Post, where his first column, written in 2017, was titled ‘Saudi Arabia wasn’t always this repressive. Now it’s unbearable’. On 2nd October 2018, Khashoggi walked into the Saudi Consulate in Istanbul in hopes of picking up the papers he needed in order to get married. The following day, the world woke up in horror to the details of his gory death. Khashoggi was killed, dismembered, and incinerated by a team of assassins in a premeditated mob-style operation. News of this assassination shook the world’s confidence in MBS, once heralded as a great reformer.

Despite repeated denials by MBS that he had personally issued the ‘kill order’, this gruesome killing derailed and isolated him and heavily dented the royal family’s credibility as the protectors of Islam’s holiest shrines, through which they draw much of their legitimacy. A six-month investigation was conducted by Agnes Callamard on extrajudicial, summary, or arbitrary killings. This was followed by a report published by the UN Special Rapporteur in June 2019, which concluded that Khashoggi was the victim of a premeditated extrajudicial execution for which the State of Saudi Arabia was responsible. The report also claimed there is ‘credible evidence’ to investigate MBS in this regard, and urged sanctions against the Kingdom’s de facto ruler until he comes clean about his role in the killing of his fellow citizen.[2] Thus, with the backlash against MBS turning intense and global demands for retribution for the crime resonating, MBS appears to have caved in by deciding to explain his position to some extent. In a recent interview with 60 Minutes, he said he took “full responsibility” for the killing as it “happened under his watch,” even if he had not condoned it. However, the collective claim, rather than the personal, has done little to appease those demanding the de facto leader face global justice for the murder.[3]

What impact has this assassination made on the politics of the region and the world? What lessons can be drawn from this horrific incident? Monitoring groups have repeatedly ranked Saudi Arabia as holding one of the worst human rights records in the world, with dissidents who speak against the ruling class subjected to torture and oppression. However, with the world’s eyes finally on the Saudi crown prince, there seems to be an upsurge in activism against human rights violations and suppression of the freedom of speech in the Kingdom. Saudi activists marking the anniversary of Khashoggi’s killing summarised its impact as thus: “Even in death, Jamal is protecting us. Losing a cornerstone of the community, while devastating, had a profound impact on those fighting for rights in the Kingdom. Finally, the world was listening. [Khashoggi’s] murder has made it so much more difficult for Mohamed Bin Salman to kill dissidents again. We are aware that we’re not safe, but we’re also aware the Arab world’s new Gaddafi has a lot to lose if he tries it again. In a way, Jamal is protecting us right now.” Yahya Assiri, director of human rights organisation ALQST, said, “Previously a lot of people would reject our narrative and not believe what we said we had been going through. People now understand the situation within Saudi better than they ever had before.” Prince Khalid bin Farhan al-Saud, a royal in exile, said, “International uproar at Khashoggi’s murder had also incentivised and empowered Saudi activists in exile to launch a slew of new projects.” Earlier this year, Prince Khalid started an organisation to help Saudi activists fleeing the Kingdom to set up their lives abroad. More recently, he formed a political movement calling for regime change and a constitutional monarchy, which is far more dangerous than any of Khashoggi’s tempered criticism of the state.[4]

Another critical aspect arising from the killing of Khashoggi has been the focus on the issue of international crimes over which other states should claim universal jurisdiction. The murder of Khashoggi, which occurred inside the Saudi Consulate in Istanbul, added impetus to a newer and more urgent threat – that of regimes taking their repression globally. The report by Callamard called “on those States to take the necessary measures to establish their competence to exercise jurisdiction under international law over this crime of extrajudicial execution.” In her interview with the BBC, Callamard dismissed the defence put forward by MBS as “problematic”, saying that “he is only taking corporate responsibility” for the killing.​ The report by Callamard stated, “It was troubling that to date the execution of Mr Khashoggi had been met with so few effective international responses, whether legal, political or diplomatic although a number of States had issued targeted sanctions against Saudi officials. The current sanctions also fail to address the central questions of chain of command and of senior leadership’s responsibilities for and associated with the execution.” Callamard therefore recommends the establishment of new mechanisms at the level of the UN to strengthen the prevention and criminal investigation of targeted killings.[5]. So far, the West – with an eye on arms sales – has responded weakly to such aggressions. If this impunity continues, the repercussions will be disastrous.

The killing of Khashoggi also underlined the rising toll of attacks on journalists – and the fact that almost all of these crimes went unpunished. UNESCO passed a resolution 22 years ago condemning violence against the media.[6] In fact, authoritarian leaders know that to silence journalists is to silence the voices of all those who speak through the media, or who might be tempted to speak in future. Courageous journalists are often among the few forces offering some checks on power. They are the people to whom citizens turn when police and courts and political institutions fail them. They are the people who can inform citizens of what is really happening around them. In the monarchical countries of the Gulf, independent and critical media are rarely tolerated; censorship and self-censorship prevail. The only space where freedom of expression and information are truly found is online, which explains the popularity of social media in the Arab world. Journalists who do not toe the government line are accused of being terrorists and tortured in prisons or unknown locations.

Authoritarian Arab regimes have tightened their grip on power and escalated their mechanisms of repression, oppression, and suppression of dissent in the years since the uprisings of the Arab Spring. Several of these regimes have been enabled by their own people, many of whom are either apathetic or supportive of the regime’s repressive policies. But the death of Arab opponents such as Khashoggi does not signal the death of Arab opposition. On the contrary, it has infused more life into political activism, although not openly within. With the whole world watching, many of these governments will eventually be condemned in the court of public opinion, both at home and abroad. If anything positive came out of the tragic murder of Khashoggi, it is that there has finally been extensive global media attention given to an extrajudicial killing in the diaspora. This is a fitting warning sign for the likes of such regimes to think twice about trying to pull off something similar. It has also highlighted the imperative need to protect journalists in society’s quest to establish justice, equity, and fair-play. Pointedly, Khashoggi’s legacy also lies in his inspiration of young Arab critics. It is therefore patently clear that Khashoggi’s voice against the oppression of dictators has only been growing louder with his death.

[1] Benjamin Jones and Benjamin Olken in Hit Or Miss? The Effect of Assassinations on Institutions and War (NBER Working Paper No.13102).