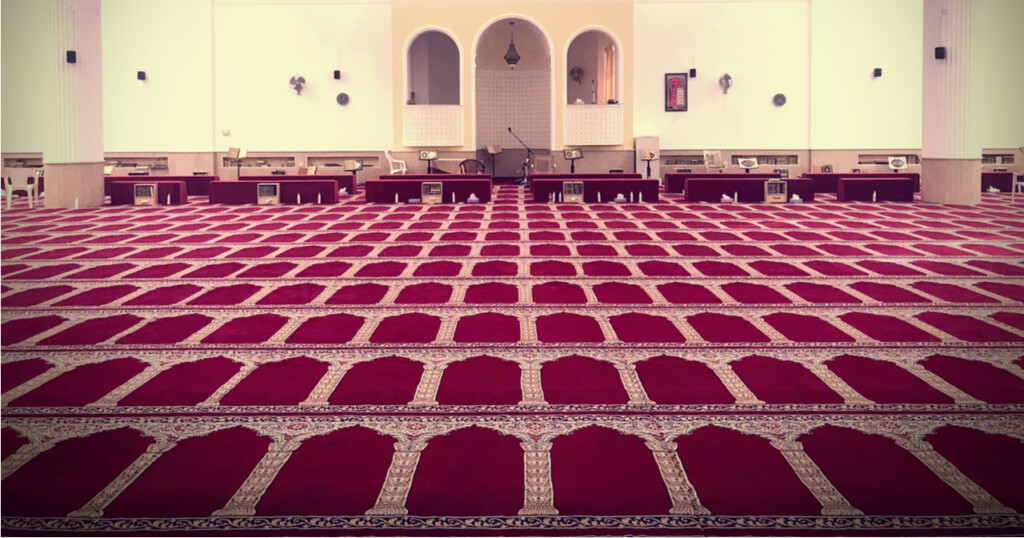 Excuse me for linking this message of the end of the most unique Ramadan most of us will ever encounter, to an announcement by Donald Trump. In shā Allāh its pertinence will become clear.

Despite the end of Ramadan—and far-right fear-mongering about large numbers of Muslims gathering—no mosque or Islamic centre has announced gatherings of any sort during the lockdown let alone for the prayer and festival of Eid.

Despite the huge gatherings on VE Day and Britain’s beaches brimming with sun-seeking holidaymakers, we have heeded the advice to stay away from the mosques during the most sacred month of Ramadan.

However, just listen to what’s happening across the pond. America has lost almost 100,000 to Covid-19 but it has now issued an order to open all “houses of worship”, meaning churches, synagogues and mosques. Trump states that liquor stores have remained opened as “essential”—as off-licences have in Britain—and that he believes places of worship are also essential. In fact, Trump calls their closure an “injustice” which he is now “correcting.” He’s warned his governors that if they don’t follow his directive, he will “override” them.[1]

Most people know about Trump’s view of Muslims. He makes no pretence at his suspicion and dislike of Islam and used Islamophobia to get into power. He went on to introduce the infamous “Muslim ban” and carried out various airstrikes in the Muslim world—although, in that regard it was just business as usual for the US, left and right. And, he recognised Israel’s usurpation of Jerusalem by declaring it its capital. There are indeed plenty of reasons to resent Trump.

And yet, the Messenger of Allāh ﷺ said:

“Indeed Allāh will aid this dīn [Islam] with a fājir.”[2]

Scholars of Islam say that a fājir is someone who commits major sins but also includes those who reject and disbelieve in Islam.

While Muslim celebs were at pains to tell us to stay at home on Eid—something the mosques are already doing—the US president appears to head a cause that recognises the struggle, during this time, of all faiths, including Muslims.

“These are places that hold our societies together.” Of course, he has a huge support base from within the religious right so there’s little doubt about who he’s addressing.

But, Allāh recognises those who praise Him in all houses of worship:

“And had there not been Allāh’s repelling of some people by others, certainly there would have been pulled down cloisters and churches and synagogues and mosques in which Allah’s name is much remembered…”[3]

The truth is that the soul needs nourishing just as the body does—in fact more so—and the houses of worship help us find that nourishment. But they are not the only places.

We have passed this month without a single unit of prayer in the mosque. I couldn’t have imagined making a statement like that before I was imprisoned in Bagram, Guantanamo or Belmarsh let alone as a free man in Birmingham. Like many of my brothers in faith, I have spent years praying without mosques or even in any kind of gathering. I cannot, however, think of a single person who came out of a situation like that weaker in īmān.

You’ll find mosques in every corner of the earth. From remote villages in Poland to mountain tops in the Hindukush. There is no community of Muslims in the world where there isn’t a mosque. But, even if there was, one of the unique gifts granted by Allāh to the Prophet ﷺ was:

“The earth has been made for me a place for praying and a medium for purification (tayammum, dry ablution), therefore anyone from my ummah can pray wherever the time of prayer is due.”[4]

We need to remember this great blessing now more than ever. The prayer can be performed almost anywhere.

It might help us to remember too, for context, how different the mosques of today are.

The original purpose of the mosque wasn’t just ritual prayer. It served as a school, a university, a place of rest, a debating forum, a war room, a counselling centre, an advice centre, a court and a place to settle disputes. People even came to the mosque to show their skills at throwing spears – and women could sit and watch to their hearts’ content. Really.

Those discriminated against by the rest of society—specifically because of their ethnicity or disability—were granted the highest honours by calling the faithful to prayer with the adhān.

Barriers did not exist for women in the mosque let alone separate halls or rooms and they could openly ask questions and even correct the imam or the caliph if he said something wrong.

Children would play on the backs of imams while they prostrated and would be picked up and held even as they delivered the Friday sermon.

That is what and how mosques used to be when Islam was founded. We would be hard pressed to find mosques like that anymore.

So, as the blessed month of Ramadan comes to an end let us praise Allāh and thank Him for giving us the opportunity to become imams in our own homes. It is unlikely this time will come again. If America is opening its mosques you can pretty much predict that everyone else will follow suit.

However, if you didn’t become a teacher, a student, a guide, a searcher, a writer, a reader, a deep ponderer; if you didn’t learn what you were reading, reciting or memorising; if you didn’t take full advantage of this time then you lost out.

This noble month draws to a close simultaneously as the lockdown starts to ease. Maybe it was meant to happen this way for that reason.

Like most others, I miss the peace, tranquillity, congregation, togetherness and consistency of the mosque and look forward to going back soon. But, I thank Allāh sincerely for giving me this unique opportunity (again) to worship Him in ways I had only done when I was a captive of oppressors.

May Allāh bless you all and accept your fasting, praying, spending, loving, hoping, hating, smiling, crying, giving and living for His sake.

Have a blessed and joyous Eid.