Are We Witnessing The End Of The American Empire? 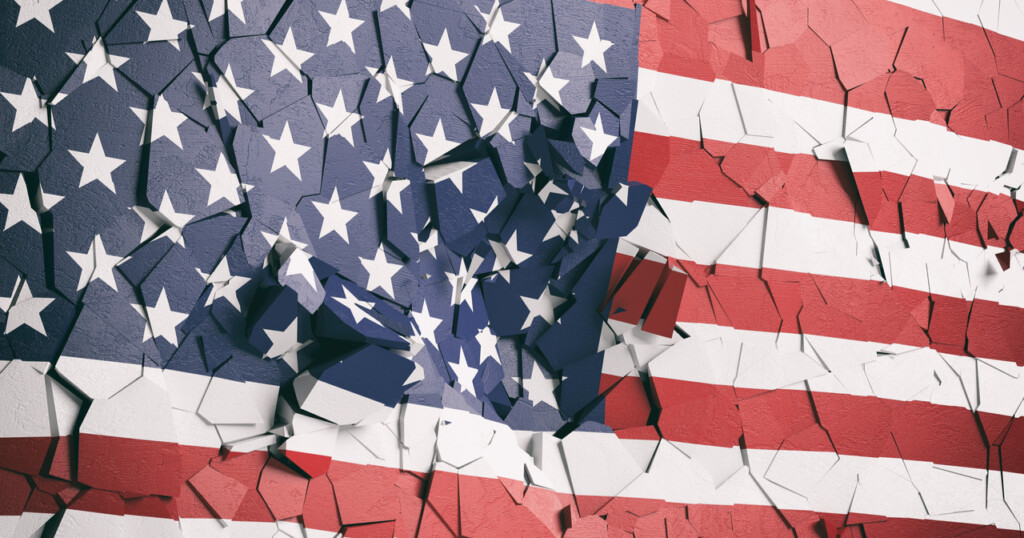 Historians will look back to the 2016 and 2020 US presidential elections as pivotal moments in American history. If World War l is viewed as the moment that the US became a world superpower (circa 1916), then 2020 may define the beginning of the end of the American Empire and its ‘White supremacist’ power structure.

The 2020 election result is simply a reflection of the social, economic, and political phenomena underlying the end of the American Empire.

In 2016, President Trump made a profound political statement: “A nation without borders is not a nation at all.” Trump was talking about uncontrolled illegal Hispanic migrants at the US border with Mexico and the construction of a wall to keep these migrants out.[1]

Trump meant that modern nation states are founded on borders. If you cannot control the borders or the laws of a state, you are effectively no longer a nation state. Brexit campaigners in the UK argued much the same, with slogans such as “take our country back”.

The politics of the US, like much of Western Europe, has historically been constructed on Christianity and European White supremacy. Nation states and their associated nationalisms all emerged from these factors, and so did subsequent wars. Democracy, as well as the notion of majority and minority support of a party, has worked well for America (and Europe) as long as the majority in power were Christian or European White of either party; in other words, they were homogeneous nations racially and ideologically. Even Western socialism initially had Christian roots.

However, Europe’s experience and relationship with people of other religious and racial minorities has historically always been constructed not on equality and tolerance of diversity, but on power, supremacy, and exploitation.

US capitalism faces a huge political contradiction. Its economic success has been built on African slaves, and more recently Hispanic migrants who act as a source of cheap labour to replace an ageing White population. This diversity of people is now seen as a threat to the very existence of the US by millions of people on the far right of US politics.

The US is changing rapidly. Although the older European origin White population has declined, they largely retain control of wealth and political power – but for how long? 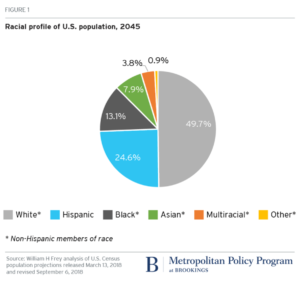 This changing ethnic demography is linked to the rise of a ‘White Identitarian’ movement and politics in the United States (the movement originated in France during the 1960s).[4]

Donald Trump was the symbol of this resurrection of White Identity politics, and symbolised the resistance to this change. His defeat will be hard to take for those that support him on the far right, the Evangelical Christian right, and among White armed militia groups. Even though Trump lost the election, he has already created a revival of a mass White Identity movement.

This form of identity politics fears the US White population becoming a minority and has invented an entire political narrative of threat and conspiracy around Government and State being taken over by foreigners and enemies all pursuing their own interests.

The enemies are portrayed as being ethnic groups and those who support them. Jews (hence the phrase ZOG or Zionist Occupied Government among some),[5] Muslims, Hispanics, the left, or the Chinese. Behind them they claim is an ideology of Marxism, Leftism, Critical Race Theory, Islamo-Leftism, Islamo-Fascism, and now BLM (Black Lives Matter), which pose a threat to their traditional way of life, beliefs, and culture.

The defeat of President Trump in 2020 in a tight election with an almost 50-50 split simply reinforces these divisions in the country. It will be seen by Trump’s supporters as a confirmation that the state has been taken control of by enemy forces and a left-wing alliance and ideology.

It is also a fact that, on the other side, there are many more people not committed to older traditional notions of Christian White supremacy, and who have embraced a competing range of views on equality of all people and lifestyles. They choose not to affiliate to any Christian denomination (they are not necessarily atheist) or may follow other religions or beliefs. Many in the US now live secular and non-traditional family lifestyles, and some may indeed follow leftist or liberal politics. The far right would point to a quarter of parents in the US being unmarried,[6] the rise in abortion rates, an increase in LGBTQ numbers and advocacy, and rising crime rates as evidence of a victory of a liberal and left ideology.

Other racial groups such as African Americans are still being oppressed and are no longer willing to wait for some future electoral-led change to their condition. Groups like BLM are committed to taking on White supremacy and state institutions head on using a more confrontational method of change. Recently, Black militia groups have been formed to defend Black people from White supremacist militias, police brutality, and murders.

The US has become a polarised nation divided along race, ethnic, cultural, belief, and party lines. In a country where there are more firearms than people,[7] major violent civil strife can be expected in the future. Domestic political violence has already been the main source of ‘terrorism’ in the USA for many years and is only bound to increase.

These divisions in society will intensify over the coming decades and could well lead to a fracturing along the very ethnic and cultural lines that the US created during the invasion and occupation of Iraq.

If domestic issues were not enough, the US and Europe are faced for the first time in centuries with a non-European economic superpower in the form of China, with whom the US and the EU can barely compete with. White supremacy is being challenged by Chinese supremacy on the global stage, and the West is finding it difficult to adjust.

Other nation states in Europe, such as France, are also finding it difficult to adapt to the presence of racial and religious minorities. As we have seen recently, issues of diversity, identity, and differing values have been brought to the spotlight. Although the ethnic groups of France are nowhere near as large as those in the US, they tend to be concentrated in certain large cities, giving the appearance of much greater numbers.

What does all this mean for Muslims?

Another contradiction of this drift to the far right in the US and European countries is that those on the far right political spectrum in all countries tend to be more concerned with foreigners at home than foreigners overseas. They tend to be against involvement in wars overseas and want to bring troops home and focus on “taking our country back”. It is usually their opponents on the mainstream centre who are committed to global hegemony and intervention.

Trump in power has already shifted US policy towards bringing US troops home and focussing on domestic issues and challenges. This is unlikely to change under Biden, as domestic issues have become bigger challenges for whoever comes to power.

On the other hand, an external enemy and foreign wars can also be a useful diversion from serious domestic failings, so war should not be ruled out.

Inside the US, the future for Muslims is going to be difficult for decades to come. The Muslim community in the US – an insignificant minority in a huge population – has been hedging its bets on one political party or the other with little success. American Muslims will have to focus on their own political strategy for survival, much as the Muslims of France are having to do right now.

A useful rule of thumb is that whatever starts in France politically tends to end up in the US, and whatever happens in the US usually finds its way to the UK and the rest of Europe.

The End of Empire and Political Renewal

The Second Amendment of the US Constitution (May 1791) grants all US citizens the right to bear arms. The amendment states: “A well-regulated Militia, being necessary to the security of a free State, the right of the people to keep and bear Arms, shall not be infringed.”

This amendment was included by the Founding Fathers so that they could, at any time in the future, remove by force of arms any government that is controlled by external forces not considered to be serving the interests of the American people. This amendment is a guarantee of the right to use political violence to bring about change when democratic means fail. This is a value many people in the US hold dear. There are around 300 militia groups in the US who have been preparing for such a time,[8] and who may well feel at some point that the time has come.

All empires come to an end sooner or later. It will take exceptional leadership and a period of political renewal for a new America to emerge. Presently, they appear to have neither a fresh political outlook nor the leadership that it will need to take the country forward. They have probably had two of their worst presidential candidates in history, and if history is to be our guide, then the road to political renewal is often paved by political violence.

Ibn Khaldun, the great Muslim historian, considered the life cycle of the rise and fall of empires of his times to be around 120 years. If that is the case, then the American Empire has about 16 years left.

As the old Chinese saying goes, “May you live in interesting times.”

AMERICA BIDEN TRUMP US USA
Share. Facebook Twitter LinkedIn Email Telegram WhatsApp
Previous ArticleIncreased use of stop and search may result in criminalisation of BAME citizens
Next Article Nationwide Campaign: In Their Shoes