Did the Tragedy of Little Rayan in Morocco Wake Us Up? 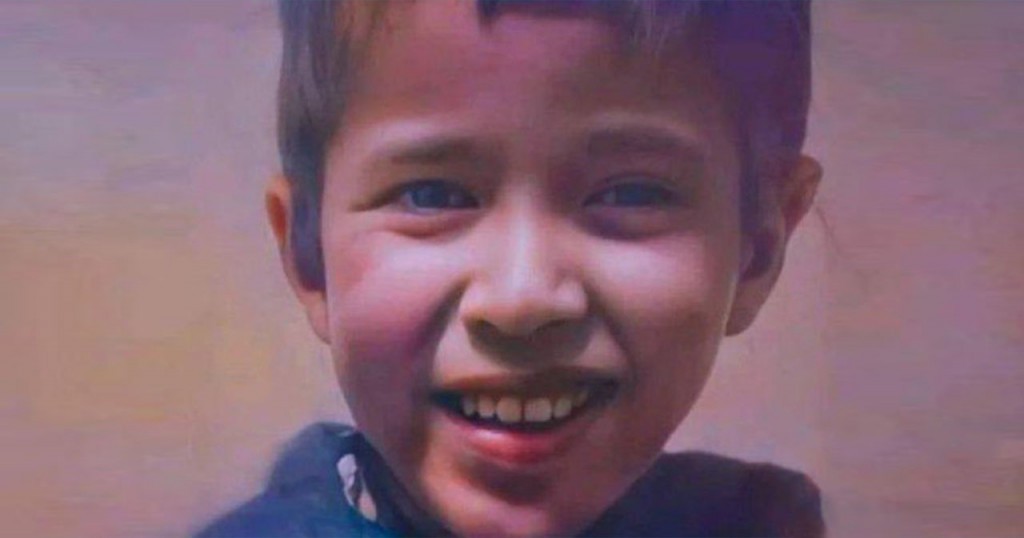 Indeed, to Allāh we belong, and to Him we are returning. On Monday, hundreds of mourners attended the funeral of five-year-old Rayan Aourram, a Moroccan boy who tragically fell into a 105ft-deep dry well in the village of Ighran on February 1. Despite the tireless efforts of rescue professionals over a period of four painstaking days, the young child ultimately passed away. Rayan, who had been playing in the area when his father was undertaking repairs on the disused well, fell inside and was immediately discovered when the family noted small footprints around the area of the well and heard his voice, thus alerting them to the appalling incident. Attendees at Monday’s Salāt al-Janāzah (funeral prayer) were so great in number that there was insufficient space on the prayer site. One mourner painted the scene by telling Reuters, “I am over 50 years old and [have] never seen so many people in a funeral. Rayan is the son of us all.”[1][2][3]

As to the rescue operation after the horrific accident, the family initially attempted to reach the boy but they quickly realised that it was too precarious and that provincial officials would need to be notified. The Chefchaouen authorities subsequently brought in heavy plant equipment including bulldozers and diggers, with volunteers creating a trench at the side of the well. Direct entry into the hole was made impossible due to the diameter being a mere 45 centimetres at the top and progressively narrower at greater depths. Confounding the rescue operation further was the unstable ground in the area, which led to rescue teams having to exercise extreme caution and a snail’s pace while constantly monitoring the condition of the fragile ground around them. It was with deep sadness that despite the monumental efforts of rescue workers, Rayan’s death was announced moments following his recovery from the pit of the well. Speaking with local Moroccan broadcaster Chouf TV, the child’s bereaved father, Khaled Aourram, remarked, “May Allah be with my son.”[4]

Unity in empathy can change the course of history

The heart-wrenching case of Rayan Aourram (raḥimahu Allāh) has brought together not only Moroccan citizens, but also most significantly, Muslim communities from around the world, from Asia to Africa, from Europe to America. During the four-day-long rescue mission, netizens made extensive use of the hashtag #SaveRayan while they monitored live updates that trickled into media outlets. The case is an exceptional example of the solidarity felt by Muslims regardless of geography, ethnicity, and nationality. Indeed, the suffering of one Muslim is to be felt by every single Muslim on the face of this Earth. As the Prophet (sall Allāhu alayhi wa sallam) once said,

“The parable of the believers in their affection, mercy, and compassion for each other is that of a body: when any limb aches, the whole body reacts with sleeplessness and fever.”[5]

But is that truly the case with us today? Islam21c Chief Editor, Dr Salman Butt, commented on the tragedy:

“Many have pointed out the uncomfortable reality that there are countless Rayans of the Ummah (and beyond) sadly suffering, dying and even being killed on a regular basis without much media or public attention. It is difficult not to sense a depressing echo of the viral spectacle of little Ayaan Kurdi’s lifeless body,[6] washed ashore causing a momentary flicker in public attention towards the dire refugee crisis, only for those responsible to go back to making it worse. We all need to reflect on what really caused us to show empathy and care towards this poor young Rayan; not in an accusatory sense but truly introspecting in order to understand how we can progress from seemingly spontaneous outpourings of sympathy to sustained action whenever and wherever there is a son or daughter of this Ummah—and indeed the entire species that we are supposed to lead—that needs help.

“There are Rayans dying of hunger in Afghanistan “because the West feels humiliated and bitter because it was defeated”, as Rory Stewart expertly put it.[7] There are Rayans freezing to death in Syrian camps.[8] There are a million Rayans in East Turkestan torn from their parents while they languish in Chinese concentration camps. There are countless Rayans in Kashmir, Palestine, Yemen, Somalia, Myanmar; the list goes on. We needn’t become despondent and despair, but try and distil the special ingredient that causes us to sincerely make du’a and find ways to show support and assistance, so that we can build on it and break through the inertia of apathy. One thing we know we can do for sure is put aside our differences in order to help our children.”

A time for unity

While the tragic case of Rayan Aourram has awakened many a heart around the world, it goes without saying that such a story must be a means for a renewal of a sense of unity. Indeed, as painful as one death is to the broader Ummah, such instances are sadly not rare. The affairs of Muslims across the globe must be heeded even if it is to remember each other in our du’a, be they the Uyghur Muslims of East Turkestan, the Muslims of Kashmir and India, the state of al-Aqsa and the Palestinian Muslims, our brothers and sisters in Yemen and Syria, or even in European Muslim communities including those of France and Austria, Britain and Sweden.

Rayan has returned to our Lord and we will all follow shortly thereafter. Let us take the time to familiarise ourselves with the global situation of Muslims, for our awareness and subsequent supplication and prayers for our fellow brethren may be what saves us from punishment in the Hereafter. Let us hold firm to the rope of Allah – that which Imam al-Tabarī once narrated that ʿAbd Allāh ibn Masʿūd said: “The rope of Allah is the jamāʿah (Muslim collective body).”[9]

“And hold firmly to the rope of Allah and do not be divided. Remember Allah’s favour upon you when you were enemies, then He united your hearts, so you – by His grace – became brothers. And you were at the brink of a fiery pit and He saved you from it. This is how Allah makes His revelations clear to you, so that you may be rightly guided.”[10]