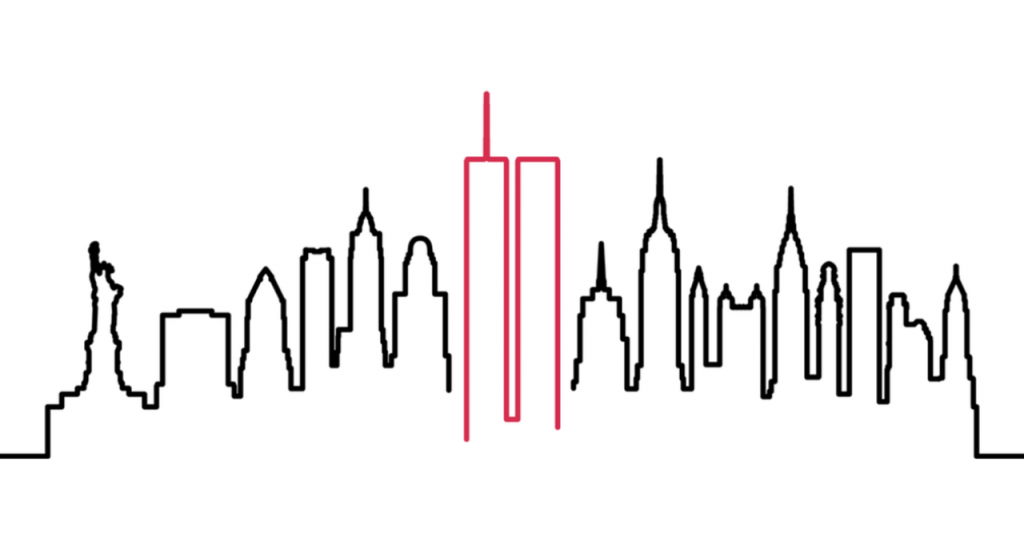 As a staggering 20 years has now passed since 11 September 2001, it is bewildering to think that we have an entire generation of fully grown adults who were not even born when the passenger planes struck the Twin Towers that fateful day.

The immediate consequences of that day pummelled the world with brute force, and then mellowed into more insidious waves of harm-permeating dysfunction on so many societal levels. The planes were struck, innocent civilians were killed, Americans rained down bombs on Afghanistan, many more civilians were killed.  The battle cry was launched, and the world was divided. New governments were installed with donkeys carrying ballot boxes up mountain terrain. People were captured, many were sold, and others were plain disappeared. Laws were passed, rhetoric bludgeoned everyone, and rigid narratives were constructed, spun and reinforced with dizzying force. And in the midst of all this, young Muslims in the West were trying to find their way.

The memory of September 11 will always invite a lurching sickness deep within my gut, not dissimilar to the pain of taking strong medication on an empty stomach. The events were seismic by any global measure, but also carried ramifications right down to the individual level. For many of us, it became an event on the world stage that provided a startling jolt from an inertia we didn’t even realise we were in.

Whatever you knew (or didn’t) about your religion, simply existing as a Muslim in a post-9/11 world invited regular, insistent lines of questioning. “So do you support what happened?” “Does Islam allow suicide attacks?” “Do you think they had it coming?” These among the usual slew of questions from neighbours, classmates, colleagues and sometimes, even friends. But here is the thing: what if – despite being a Muslim- you actually didn’t know the answers? What if you were floating through your adolescent years just like ‘everybody else’, but now suddenly became a vocal authority on a major world religion? What if you now had to come up with answers, since the questions were only increasing in both intensity and frequency daily? This is where many of us were.

Only the narrative of the War on Terror could turn us regular teenagers – non-observant Muslims from irreligious households – into representatives of a faith tradition that we had zero clue about.  But there we were, cluelessly answering questions, knowing full well we were ignorant and pathetic salesmen for a product we had never even got a Tester for.

The privilege of time did not exist to unpack what was playing out in a tense and electrifying climate because – in real time – the bombs started dropping.

Mohamed Atta, Camp David, Ground Zero, “You’re either with us or against us”, Donald Rumsfield, Condoleeza Rice, Mullah Omar, Flight 93, Operation Infinite Justice, whoops no, Operation Enduring Freedom, Martin Bell in his white linen suit in Kabul, “the worst of the worst”, anti-terror legislation, welcome the surveillance state, civil liberties now optional, flying while Muslim, Geoff Hoon, angry Question Time audiences, ‘Muslims should wear see-through rucksacks on the train’ campaign, Islam and the West, the West and Islam,  Islam full stop. These all became ingredients in a swirling bowl of trauma-from-afar, as we seemed to watch 43,000 Afghan civilians slow motion perish in the ‘bullseye, precision war’ of 2001.

The world is now at war with ‘terror’. Terror is an abstract noun with no beginning, end, or direct denotation. In fact, pretty much anything can be conveniently shoved under that umbrella. Creative neutral terms emerged as a cover for deadly misdeeds. Dead families became ‘collateral damage’, prisoners of war were ‘enemy combatants’, and torture was ‘enhanced interrogation’. Sending men to secret CIA black sites for torture – or just to never resurface – was ‘extraordinary rendition’. Extraordinary indeed. You see, you cannot construct new realities without first constructing new language to legitimise it. And the War on Terror spun for itself new terminology at a rate of knots.

And like your brain does when battered with intense and overwhelming realities; all that comes back on reflection are memories spliced together from the time period following 9/11 to the decade afterwards.

Among these jarring memories was catching the beginning of The Graham Norton Show, where the host directly addressed the camera in a mock-sombre tone, saying, “Tonight they were meant to start bombing Afghanistan, so I tuned in with my popcorn ready for some proper WAR…but all I saw was a couple of faint fireworks in the background and… I felt completely robbed” while his audience gallantly laughed along. This was broadcasted just an hour after relatives called from Jalalabad, saying they had been issued a warning to take their children and clear their homes. The reason? A bombing raid was imminently scheduled; and no life or properties were safe.

I remember watching white BBC journalists mispronouncing terms like ‘loya jirga’ as if they now had some spectacular cultural insight into how a ‘tribal and fractured’ society meted out justice. Journalists would interview poppy farmers like “Mr Haji Gul”, as if Haji was a first name and not a title and Gul was a surname and not a term of endearment. Tone-deaf faux understanding of reality was the order of the day. And one could only watch through clenched fists and a sinking heart.

During a weekend job in retail, I remember my white American manager standing in the middle of the shop floor doing a celebration dance while singing, “We caught the b******!” Saddam Hussein had apparently just been dug out of an 8-foot-deep hole in Tikrit. My unenthusiastic querying of that spectacle earned me a disciplinary notice for my troubles and a further warning to ‘keep your politics off the shop floor’. Justin could jig and jive his politics anywhere however, even in the Body Butters aisle.

‘Keep your politics out of here’ was also politely – but firmly – repeated by a professor during a philosophy lecture at university on the concept of freedom. My fellow doctoral students were stunned that such a request was made so boldly; they were actively encouraged to share their own ‘politics’ on a daily basis.

I remember my mother coming home from a Neighbourhood Watch meeting, saying nobody wanted to talk about fly-tipping in the area. All they asked her about was “Osama Mosama”. This is because, of course, they desperately needed a middle-aged Afghan aunty in Northwest London to point them to the cave in Afghanistan where the world’s most wanted man was.

But she was unfazed.  In fact, she found it borderline comical. You see, I had the kind of mother who would happily host the neighbourhood racist when she found him on his doorstep locked out of his home. I came home to find him sitting in our lounge, guzzling copious amounts of green tea, and plying himself with handfuls of pistachios, raisons, and almonds. “Good combination that,” he would say with a thumbs up and his mouth still full.

He’d sit there – aged arms sagging under the weight of smudged Swastika tattoos – as she cheerfully enquired how the honeysuckle cuttings she gave him were faring in his garden. I had less sympathy for the man, who I had previously heard call local shopkeepers “bloody terrorists”. But since he was on our sofa; I had to resist, as my mother frantically motioned for me to bite my tongue. “We honour guests,” she told me as he left. “Maybe he will learn something.” I honestly do not know if Racist Ronnie ever learnt a thing, but I cannot deny that I did.

So here we are, a surreal 20 years later, speaking in past tense about 9/11. This is while we and our children live out the political and cultural consequences of that event. Cultural climates are ever-shifting, yet 9/11 propelled young Muslims to take a position and consciously unpack what was playing out in front of them. There were some that resorted to simply not being who they were – the Sameers became Sam and the Maymunas became May. Shallow television debates pit apparent ‘reformed’ extremists against ‘moderate’ voices. Frothing-mouthed protestors holding up placards threatening to turn Buckingham Palace into a mosque were plastered on front pages. Profiles of radicalised youth invited Britons to view their Muslim neighbours and friends as a fifth column within society. Can you really trust even the “good” Muslims now? I mean, one minute they’re holding your parcel for you, the next minute they want to behead you.

Muslims were Othered in every conceivable way possible; they were exceptionalised and dissected as a dehumanised specimen always open for public debate and scrutiny. Some rose to this challenge, others fell at it. For some it was an awakening, for others it was a catalyst to jump even harder through the hoops in the hopes that you they may one day be viewed as equals.

Anniversaries encourage us to reflect back and take stock – but I will always see 9/11 as an ongoing, rumbling implosion that unleashed a catalogue of lessons for believers to unpack. Politics is dirty, oppression comes in many open and hidden guises, and religion requires sure knowledge and sincerity. And more than anything for me, believers must be people of confidence and courage. These realities are just as true today as they were two decades ago, if only we summon the integrity to reap these timeless life lessons.