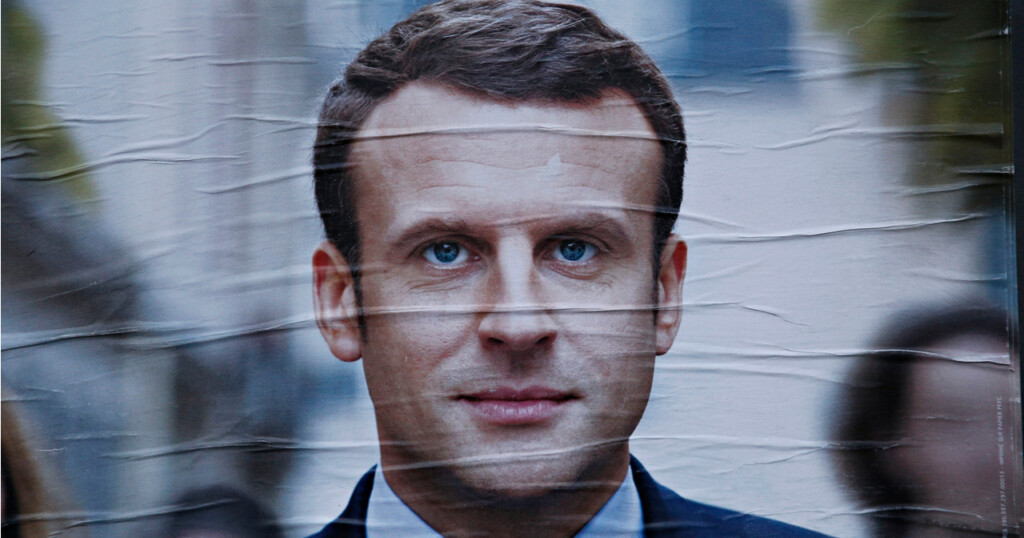 All praise belongs to Allāh, and may His peace and blessings be upon His Prophet.

France has reopened the provocative topic of insulting cartoons, at a time when the world is monitoring a precarious situation in the eastern Mediterranean. The conflict between Turkey and Greece—which France has recently joined—is a long-lasting and multidimensional one; ideological, historical, and geopolitical. The recent discovery of massive oil and gas deposits has fuelled this conflict and has further cemented ancient polarities in the region between “Islamic Turkey” and “anti-Islamic” crusaders (the absurdity of the supposedly Muslim UAE weighing in on the other side notwithstanding).

The tensive situation is also a product of Turkey asserting its rights over the resources on its borders in the Mediterranean, and anything could happen now to provoke a real war in an important region of the world. The impacts of such a war will not be limited only to the countries participating directly. The conflict could turn global, especially with the involvement of Russia.

In the middle of all this, France’s Macron—whilst busy visiting Lebanon after the Beirut explosion in order to assert French authority over Lebanon—defended the Charlie Hebdo magazine in republishing the cartoons that provoked the attack on the magazine’s offices five years ago. If not a move to try and provoke Turkey into reacting, one may also cynically question if France wants to provoke further tensions within its borders with its already-besieged Muslim minority. The creation of a chaotic situation will mix up the cards in France’s conflict against Turkey, since the last attack saw the actual facts on the ground promptly ignored in lieu of a globalised demonstration of solidarity that the French government organised for itself.

Our message to France and its allies

France has colonised and systematically destroyed many Muslim countries over a prolonged period of time in the past. As a result, it has become a superpower today. It is also true that the Muslim-majority world is consequently inferior economically, militarily, and technologically. However, Muslims today are not the same as Muslims 50 years ago.

It is enough for us as Muslims to wake up and acknowledge that we are the continuation of the great legacy of Islam, whose fruits the world has been enjoying for over 1400 years—including those enemies of Islam who used them to spread corruption and vice. Your provocation is appreciated as it wakes us up even more. It does more for us than thousands of lectures by Islamic preachers. Learn from history. It took Muslims less than 20 years after the death of the Prophet (peace and blessings be upon him) to destroy the two main superpowers of the time, Byzantium and Persia. The first Islamic Caliphate lasted over 650 years, despite all the wounds inflicted on its huge body throughout the centuries. It was the will of our Lord to allow such major troubles to take place when Muslims were fighting amongst themselves, showing humanity that the body of the Ummah is strong enough to handle such diseases—and we have learnt that lesson. When the central Caliphate was destroyed, Muslims managed to defeat the Mongols—their main enemy at the time—within two years, before reorganising themselves to rebuild the second major global civilisation, the Ottoman Caliphate, which also lasted more than 600 years despite all of its conspirators. The objective positives of this superpower that is today heavily smeared by some are beyond enumerating.

Read historical facts carefully. Islam is not a normal religion. It is a way of life that transforms people and societies to become extraordinary beings who cannot live but as leaders. Whatever you do, you cannot eradicate Islam. It is rooted within human chemistry. It is the intrinsic nature of human beings. Islam can and will penetrate any house, society, or country in every single corner of the globe. The Prophet whom you try to mock out of your blind and jealous hatred told us this. Your childish activities to amuse the foolish will end up spreading the light of Islam further, even in anti-Muslim countries. Nothing will stop the light from taking over darkness. Nothing will stop Muhammad’s religion from spreading everywhere. It is repeated three times in the Qur’ān, “It is He who has sent His Messenger with guidance and the religion of truth to manifest it over all religion,” and two of such verses end with “although the pagans dislike it.”

The decline of all but Islam

While we see Islam flourishing everywhere in the world, we see decline in all other nations, including superpowers like China. This might be slow in some places now, but it is accelerating by the will of Allāh.

The problem is that many measure decline and progress from a superficial, materialistic perspective only. They do not want to acknowledge that civilisations do not decline due to their economy or military, but due to their values and virtues—or lack thereof. The populations of most European countries are in decline. The unity of Europe is at risk once again. We have seen how different EU countries stood against each other during the COVID-19 pandemic. We saw the UK’s manner in leaving the EU and the likelihood of other countries following. Family values—the cornerstone of any society—are deteriorating on a daily basis. Younger generations are losing their sense of responsibility and growing up to be aged children instead of adults.

Muslims are certain of this decline not only through what they observe, but also through what they are told by their Creator in the Qur’ān. Allāh will not allow ingratitude and injustice to go unpunished in this life before the next life.

“And Allāh presents an example: a city which was safe and secure, its provision coming to it in abundance from every location, but it denied the favours of Allāh, so Allāh made it taste the envelopment of hunger and fear for what they had been doing.”[1]

The anti-Muslim camp shows unity when against Islam and Muslims, only because Muslims are in a temporary position of weakness. This lacks foresight of the fact that Europeans today are not willing to sacrifice their lives for anyone. It is highly unlikely that they will support one another if they face real danger—it is every man for himself.

Attempting to attack the Prophet is only accelerating your decline

Not only does attempting to defame their only ticket out of this spiral of inevitable decline show supreme foolishness, it also demonstrates just how low some countries have sunk. These are not values of honour, dignity, and respect that are traits of the victorious. Insulting one’s opponent is a sign of childishness and surrender in the battlefield of cogent and intelligent discourse, particularly at a time when thinkers across the world are highlighting virtue and morality as key aspects of leadership in the post-pandemic world.

If that is not embarrassing enough, we have a promise from Allāh that any individual or nation that takes a futile attempt at the Prophet’s reputation will be destroyed:

“Indeed, those who abuse Allāh and His Messenger, Allāh has cursed them in this world and the Hereafter and prepared for them a humiliating punishment.”[3]

The great 7th century scholar Ibn Taymiyyah wrote that Muslims would see their enemies resorting to insulting the Prophet as a glad tiding of imminent victory. This may be good news to Turkey and a humiliating defeat for France in the aforementioned conflict against the Muslim Turks.

Your alliance against Islamic Turkey

Your alliance against Islamic Turkey is doing a great favour for us as Muslims. An alliance against us is the most powerful act to re-enforce the Islamic identity of Muslims. It motivates us to read about our history; the great battles of Islam against its enemies and how they were defeated. It also motivates us to read about the dark period when Muslim lands were colonised by yours. The unjust, brutal, and barbaric nature is laid bare on your way to becoming a superpower.

As a result, Muslims will miss the days of honour and power they once lived in. They will be inspired to experience them again. For us as Muslims, Islamic Turkey is an attempt to experience that life, and we will continue aspiring for that life even without Turkey.

What do we advise you to do?

Any sincere and strategic thinking person would want a win-win scenario. You win and allow your opponent to win, even if he is your enemy. Otherwise, the both of you will fight until you both lose, regardless of how powerful both parties are. No war will ever end the other side completely. We Muslims come with a message of justice and mercy to the entirety of humanity. Allāh the Almighty says:

“Indeed, Allāh commands justice, al-ihsān [going beyond justice to include mercy, forgiveness, generosity, and grace], as well as kindness to close relatives. He forbids indecency, wickedness, and aggression. He instructs you so perhaps you will be mindful.”[4]

Allāh also mentioned the purpose of sending our beloved Prophet (peace be upon him):

There are many anti-Muslims in the world. Keep waging war against us and you will never be successful. We call upon you to try to live peacefully with us. All parties are free to preach their religion and way of life. Let people choose without intimidation nor manipulation. Let them reflect on just why some are forced to resort to mockery and defamation when all intellectual avenues are exhausted.

I say this while I know that countries like France are unlikely to accept that. However, this is a call that might find ears.

We sincerely advise you to stop waging a war that will only hasten your own downfall.