The Day I was Radicalised: 20 Years On 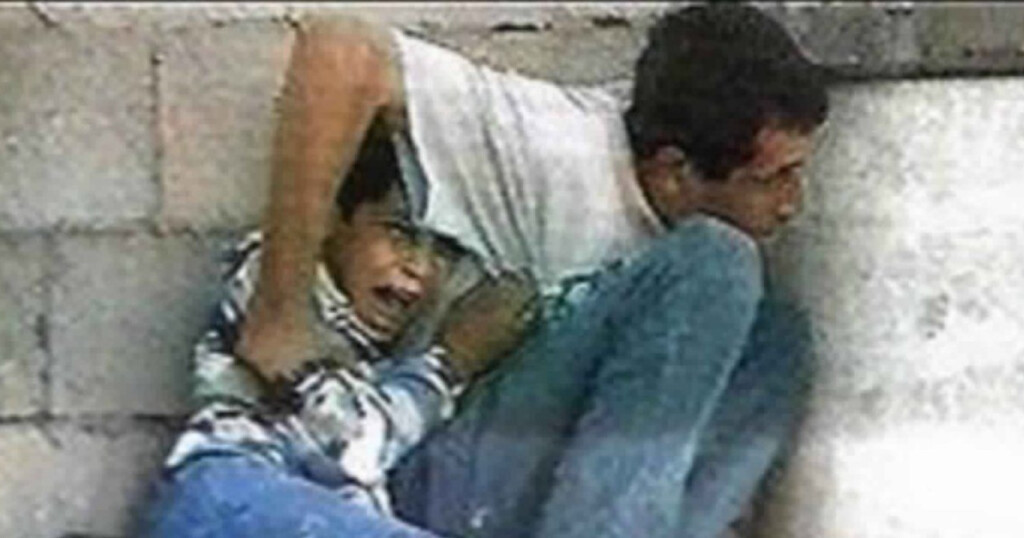 I was 18 years old and had recently moved to Chicago to study at DePaul University as part of a student exchange program. I was sharing a house on campus with six other Irish students who I had never met before. My life revolved around martial arts, movies, and Manchester United.

On 29 September 2000, American news stations broadcast reports of angry mobs of stone-wielding Palestinians targeting Israelis, both civilians and military alike, after the then Israeli Prime Minister Ariel Sharon visited the Temple Mount in Jerusalem. I had no idea who this man was, and I knew next to nothing about Middle Eastern politics and history at the time. The sum total of my knowledge on the subject consisted of whatever I had read about the Camp David negotiations in TIME and Newsweek while working the graveyard shift at a petrol station over the summer. From my limited exposure to the conflict, I had predictably adopted the lazy view that the Palestinians appeared to be unreasonably rejecting genuine and sincere peace offers by the Israelis. The reporting of the ‘clashes’ in Palestine seemed to me at the time to be an inevitable consequence of the failure of those peace talks. It did not really interest me above any other news item that day.

The next day, French television footage of Israeli soldiers firing on civilians in Gaza was broadcast around the world – this was to change my life forever. At one point, the camera focuses on a young Palestinian boy cowering next to his father behind a concrete wall amid heavy gunfire. The boy is screaming in terror. As his father attempts to shield him and signal to the soldiers to stop firing, gunfire rains down on the two of them, and the entire scene is covered in smoke.  As the smoke clears, the boy’s body can be seen slumped over the lap of his father, who musters his last remaining strength to try and sit up before his head also droops down.

The picture of the final moments of 12-year-old Muhammad al-Durrah’s life became one of the most iconic images of what became known as the Al-Aqsa Intifada, the uprising by Palestinians against decades of Israeli occupation. For me personally, the scene became etched in my mind forever. It was this incident that triggered my own interest in the Palestinian cause and which led me to begin conducting my own research about the conflict. Empowered by having 24/7 use of the Internet for the first time in my life, the World Wide Web became my escape from the blatant lies and spin that were propagated by American media outlets. I spent hours every night reading up on the history of the region. The more I learned about the injustice and oppression, the angrier I became. I felt a burning urge to do something to help, however little it may seem.

I took part in my first ever protest that week, and demonstrations soon became a regular feature of my time in Chicago. I never left home without my black-and-white chequered keffiyeh, nor did I miss an opportunity to educate others about the Israeli occupation. I wore a T-shirt with images of al-Durrah’s last moments against a backdrop of Masjid al Aqsa (a T-shirt that my wife regrettably threw out last year).

I took up an additional research module on my course titled ‘U.S. Foreign Policy and International Human Rights Law’. The thesis of my end of term paper focused on the question of whether Israel should be treated as a ‘rogue state’. While my presentation was received with much hostility from my classmates, I was emboldened by my professor awarding me an A grade for my work. I attended a two-day conference on the Intifada and Palestinian history where I met many activists who I remain in contact with even today. As a side note, it was on return from this conference that I discovered the link between Islamophobia and Palestine. A classmate who also attended the conference returned home to find a slab of ham carefully placed on her bedside table by her housemates. She was Catholic.

Just over a week after returning to Ireland in September 2001, al-Qaeda carried out its attacks on New York and Washington. I resumed my final year at University College Dublin. My focus was not on getting my degree, but instead on raising awareness about the Intifada. Unfortunately, there was a sinister attempt to equate al-Qaeda with Hamas, despite the stark differences in their respective histories, ideologies, and methodologies. This soon led to me being drawn into multiple discussions on US foreign policy, the invasion of Afghanistan, the War on Terror, and the opening of the military detention facility in Guantanamo Bay. I soon found myself spending a disproportionate amount of time in the political science section of the library rather than the law section. The anti-Muslim pogroms in Gujarat, the Jenin massacre, and the Israeli siege of the Church of the Nativity in Bethlehem were all to become focal points for me in the months preceding my final exams (for which I was doing little preparation). The Muslim world was on fire, and a law degree was the least of my priorities.

I did manage to graduate (with honours no less) and eventually qualify as a solicitor, although I took a rather scenic route to get to my destination. I have been involved in human rights work at some level over the past two decades. In certain quarters, I may even be considered to be ‘radical’. I am not too concerned with the label itself, but I am concerned with those who use it to undermine Muslims who espouse political views based on their Islamic beliefs. Radicalisation (or political awareness) is not necessarily a bad thing in itself unless it leads to violence against civilians. At a time when self-proclaimed experts are struggling to come up with all sorts of theories about the causes of ‘radicalisation’ among Muslims, there remains a stubborn unwillingness to accept that foreign policy and the ill-treatment of Muslims is a central reason behind this ‘radicalisation’. Muhammad al-Durrah’s execution was my moment of political awareness. For others, it will be images from Guantanamo Bay, Abu Ghraib, Xinjiang, Burma, Syria, and elsewhere. Political awareness should not be feared – it should be welcomed. Unless, of course, we wish to live in a world where governments are free to act with impunity, silencing dissenters and marginalising them as ‘radicals’.

Twenty years on, the murder of Muhammad al-Durrah carries a greater significance for me than ever before, this time from the perspective of being a father. It is agonising to witness Jamal al-Durrah’s helplessness to provide protection to his terrified son who clung desperately to save him from the might of the Israeli military. I do not wish for my own children to be raised in a world where fathers are unable to protect their offspring in this way, and I vow to continue my struggle to create a more just world until my last breath.

May Allāh have mercy on Muhammad al-Durrah and accept his martyrdom.