As Muslims, are we making a mistake by heaping admiration on Dr. Jordan Peterson, and do we have enough thought leaders to provide the correct Islamic viewpoint?
Opinion 24/10/20225 Comments7 Mins ReadBy Zimarina Sarwar 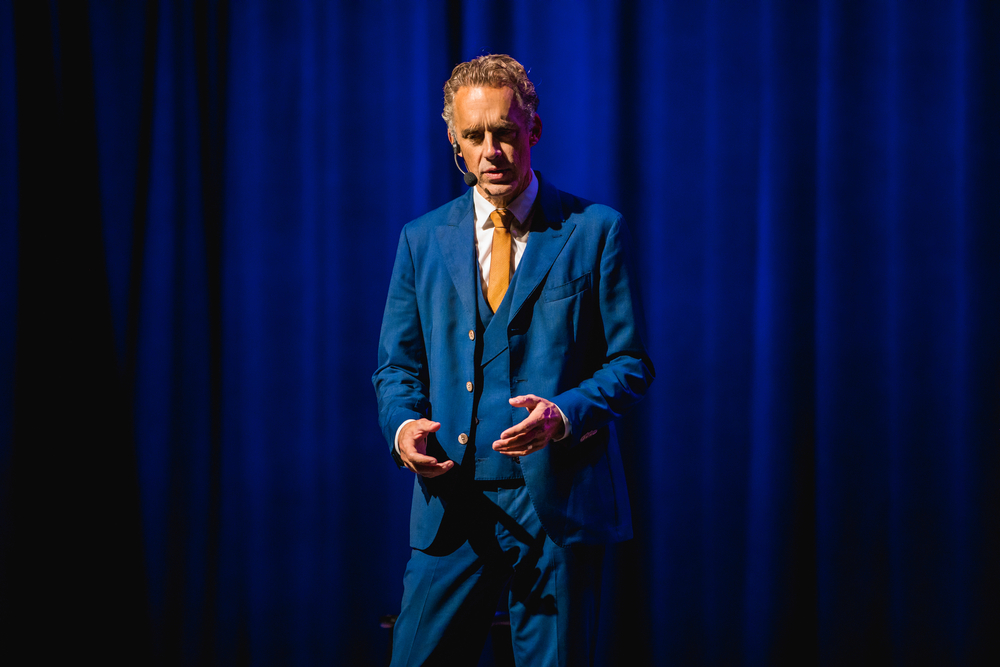 Every so often, a figure comes to public attention – capturing the mood of a moment and then rapidly becoming the Zeitgeist personified. At a time when gender ideology and pronoun-fervour was being pummelled into the mainstream discourse, Dr. Jordan Peterson – an academic and psychologist in Canada – came to public attention for pushing back against what he considered the government’s “compelled speech”.

From this, it all grew. His lectures, television appearances, debates, and speaking engagements saw him share his perspective on a plethora of topics from the crisis of manhood, dangers of liberal ideology, the encroachment of ‘woke’ politics in academia, to full-on Biblical stories dealing with myth, stories, and religious scripture, to now walking alongside settlers – and his Daily Wire colleague and founder Ben Shapiro – in storming Masjid al-Aqsa. [1]

The rise of Dr. Peterson in the last few years has seen him attract a curious subset of listeners that are particularly taken with his stances.

“Muslim audiences– seemingly bereft of their own Muslim orators to inspire and explain – flocked to the ‘courage’, ‘passion’, and ‘eloquence’ of Dr. Peterson.”

Many Muslims (and ‘traditionalists’ of all ilk) no doubt felt a sigh of relief to hear that someone was standing up to the transgenderism ideologists who demand their own rights by removing the rights of ‘free speech’ from others.

Nevertheless, though there is nothing necessarily wrong about taking wisdom from whatever source, it is imperative to add one firm caveat to that: nobody from outside your tradition will ever wholly serve your worldview. Why would they anyway? If they did, they would adopt it wholesale.

“However, alignment in one area does not mean a buy-in to all (or even most) of what a person espouses.”

When Peterson branched off into speaking on other areas like gender, the #MeToo movement, working women, and family structures, many Muslims excitedly saw him as someone they could rely on to articulate their stance. Except, things are never that straightforward.

Many positions that Dr. Peterson has taken on social and cultural issues have long been tackled natively for Muslim audiences, yet his stance has been celebrated as some kind of novel pushback against liberal ideology.

One such example is how Dr. Peterson has been heralded as the antidote to the narrative of “toxic masculinity”, a newly minted term that effectively demonises any traditional expressions of manhood today.

“As Muslims, we have our own framework of what sacred masculinity and manhood looks like…”

We have concepts including qaw̄am (being a protector and maintainer), rujūlah (sacred manhood), futuw̄a (code of ethics and chivalry), and dedicated teachers like Imam Dawud Walid [2] and others who have pushed efforts to enunciate the aforementioned ideas for young Muslim boys growing into manhood, and Muslim parents hoping to raise men worthy of the title.

Dr. Peterson’s ideas around the role of myth, symbolism, and storytelling in sacred texts is nothing new or revelatory to our tradition. We already have a criterion in place when it comes to approaching verses of the Qur’ān; they are to be taken as metaphor and allegory – and which are literal and indeed, historical realities.

“Reducing sacred texts to the subjectivity of being ‘important stories’ from which to draw wisdom removes the rigour, clear law, and implementation of it as a workable framework of living.”

Finally, Dr. Peterson’s articulation of the relationship between man and the Divine is probably one of the most problematic positions for young Muslims to absorb.

Dr. Peterson lays belief in God on such an unattainably high pedestal with comments like “How dare I claim to say I believe in God” [3], that he effectively renders belief in God inaccessible to mere mortals. No human could dare pronounce such a thing, and only the audacious could attempt to. This is in direct contrast to the encouragement we are given within Islam to openly declare the belief in our hearts and to begin a life journey in honour of that belief. It is also to understand that Perfection is reserved for the Divine, and so falling short in words and speech doesn’t exclude you from being a believer in God; it is merely to acknowledge that you carry human weakness.

Grasping the concept of God in Islam is something that involves the integrated functions of the belief of the heart, the articulation of the tongue, and the actions of the limbs. As humans, we will fall short in always flawlessly living by our values, and it is in recognition of that, that we are given the means to turn back (tawbah) and practise repentance when this is the case.

“Being imperfect believers doesn’t mean you step out of the ring altogether.”

Under the surface, what Dr. Peterson actually hints at with “How dare I claim I believe?” is that the mere articulation of belief is hollow without actions to prove it. And this is fine. In fact, this is a logical and uncontroversial standpoint since we know as Muslims that belief without action is inadequate (bordering dissonance) and action without belief is ultimately fruitless.

“When people ask me if I believe in God, I say ‘I act as if God exists’” [4] is another non-committal position that Dr. Peterson regularly harks to. This messaging also has grave consequences for Muslim listeners yielding to this stance. For a Muslim having doubt in the existence of God, but then “acting as if He exists” is problematic on multiple levels. One of the conditions of declaring your shahādah is certainty (yaqīn) and sincerity (ikhlās) in the statement you are making. Having clear and open doubt as to whether God exists, but ‘acting as if He does’ is a defunct position Islamically speaking, since actions are based on their intentions and you cannot intend to please a Creator that you’re not sure even exists. For Muslims to hear this and mistakenly believe this to be a higher ethical or more intellectually honest position to take can jeopardise their īmān altogether.

What these small selections of examples show us is the danger of Muslims absorbing ideas that come from public speakers/ thought leaders/ intellectuals that are not firmly rooted within our own tradition.

“Sure, there will be natural areas of overlap where the normative positions of Islamic belief align with the conservatism/ tradition of Dr. Peterson’s arguments, but this is an occasional convergence and not a wholesale harmonising of perspectives.”

Then why have Muslims found themselves flocking to his wisdom?

We have not done enough within our own community to provide the robust, convincing, and articulate rebuttals to many of the ideological ills that plague Muslims (especially youth) today. In the absence of this, young audiences gravitate towards those who sound – at least on the surface – like they have a perspective roughly aligned with their own world view. The problem is that this is never a neat buy-in and following in the tract of someone outside the Islamic paradigm is going to be problematic at best and all out disastrous at worst.

“Muslims flocking to Peterson as someone who has given them hope, a way forward and deeper understanding of the world should ring alarm bells for us in the community.”

Now, more than ever, we require our own confident, principled, and grounded thought leaders who can rise to the ideological challenges of today. Within our own homes, mosques, schools, and centres of gathering, we must not only demonstrate that we are aware of the challenges that today brings, but that the comprehensive and timeless teachings of Islam house the solutions to these ills. The Muslim embrace of Dr. Peterson as a life guru only shows us that the work that must be done by our own community is more critical than it ever has been.