Are you ready for our first ever NATIONAL CAMPAIGN?
Home / Current Affairs / When moments like the Hagia Sophia come 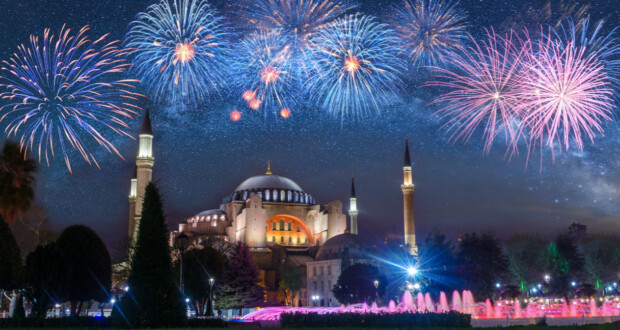 It has been just over two weeks now that the Hagia Sophia has returned to a fully operational mosque. The furore over the decision was stormy, if predictable. UNESCO lamented the ‘regrettable’ decision; Orthodox Christian leaders felt it was a loaded threat to all of Christian civilisation; the Greek minister of culture labelled it “open provocation to the civilised world”; the French foreign minister “deplored” the move; the former deputy prime minister of Italy rallied demonstrators outside the Turkish embassy in Milan, claiming this was the nail in the coffin of Turkey’s ambitions to join the EU.

Quite a firestorm indeed.

Among the vitriol, some more unusual grumbles came from Muslim quarters. Yes, observant Muslims greeted the news with less than positivity. A rough rehash of their arguments are as follows:

Turkish President Recep Tayyip Erdoğan is no doubt a politician, and any policy decisions he makes will be political. However, ‘political’ is not always shorthand for cunning, calculated, and disingenuous. Erdoğan could have used his sovereign powers for anything. There was no express ‘need’ for this, political or otherwise. Nobody is hailing Erdoğan as the Mahdi or a Hujjat Al-Islam for lahmacun-munching millennials. He is a human and will have shortcomings and flaws like everybody else. Nobody is advocating getting delusional here, but we must stay fair at least.

“This is purely symbolism – it does not have any real-world impact!”

Symbolic gestures actually have incredible real-world impact. The symbols we create, honour, and uphold say everything about the values system we live by. Why was it such a big deal when Colin Kaepernick ‘took the knee’ at the American national anthem in protest, but was condemned then and now celebrated as an acceptable act of defiance after the death of George Floyd? Why, in the UK, do we hold a minute’s silence on the 11th hour of the 11thday of the 11th month, without fail? You probably see the swastika as a symbol of fascism, but did you know that it represented good fortune in Hinduism, Buddhism, and Jainism before the Nazis usurped it? It will likely never now shake off its evil associations, and people are arrested for displaying it publicly. Such is the power of a symbol and the ideas it contains.

The ‘symbolic’ return of the Hagia Sophia says something far deeper than a physical structure changing its core purpose. It is an open and unapologetic reclamation of Turkey to stand by its core religious values in a country split along raging secularist lines, as well as a world that wants to stamp out open religious expression altogether.

“This is meaningless – the Ummah is still in a mess!”

We definitely are a mess, that is for sure. We do not claw our way out of this mess by lamenting the fact or knocking small or large attempts to crawl out of the abyss. There is not a single action anybody could take that will magically propel the Ummah forward towards justice and goodness. Instead, it will only be the collective and sincere grassroots efforts on the ground, which will nudge us closer to getting there. Nothing is ‘meaningless’. With a genuine intention, any action can invite untold barakah, and Allāh can throw open the doors of khayr without a moment’s hesitation. Value what others may dismiss as insignificant because every drop raises the ocean.

Consider the climate we are living in today

We are not living in the time of the female Muslim warrior Khawlah bint al-Azwar of the 7th century,[1] who was taken to the Byzantine enemy leader’s tent when she was captured by enemy soldiers. The leader openly declared his intention to rape her, whereupon all the other prisoners were roused to use tent poles as weapons to attack the Byzantine guards and a few more knights on the way out too.

No – we are living in a time of forgotten Muslim women, like Aafia Siddiqui, a neuroscientist and scholar in the USA who continues to languish in inhumane conditions following mental, physical, and sexual abuse, including the ‘disappearance’ of her son.[2] Muslim leaders were not only silent on her cause but were actively complicit in her treatment. Yet her case was ceremoniously kicked around like a political football during election time.

We cannot even receive an apology from a prime minister who, when criticising a genocide, said that Muslim victims “aren’t exactly angels”.[3] BBC Radio is still puzzled over whether colonialism may have had more benefit than harm for the untamed savages abroad,[4] and headlines on the spread of the coronavirus blame Muslims celebrating Eid (and not English beach-goers) and Pakistanis coming into the country.[5]

Even our children are not even afforded basic humanisation. Shukri Abdi was drowned in broad daylight in the presence of live witnesses, but her ‘black-ness’ and ‘Muslim-ness’ meant that the police closed the case as a ‘tragic accident’, despite many gaping and unavoidable question marks around what actually happened that day by the river. Abdi can barely secure mainstream news coverage, even for a fleeting article.[6] When Shamima Begum left the UK as a 15-year-old schoolgirl, she was not considered a vulnerable child who was groomed and radicalised. Begum was portrayed as a cunning and calculated terrorist capable of taking absolute responsibility for all her decisions. There was no rehabilitation, therapy, or help afforded to this child-turned-woman who has already watched three of her children die. It was a ‘Muslim’ politician – who has previously claimed that ‘Christianity is the only religion practiced in our home’ – [7] who rallied the most to strip Begum of her citizenship, hoping to prevent her from ever returning to UK shores again.

In these often infuriating and demoralising dark times for Muslims, it is important not to get swept in the tide of negativity around local and global challenges facing the Ummah. The power of positive thinking is well known in human psychology and is associated with many wonderful things.[8] These include an increased lifespan, lower rates of depression, resilience, and overall physical wellbeing on a personal level, as well as progress, empowerment, and achievement on a public level.

Muslims desperately crave this in days like today. Maybe this is why we get a little too happy when we witness Liverpool football fans chanting the virtues of congregational salah in the masājid, or see Khabib Nurmagomedov openly praising Allāh in an arena filled with every flavour of godlessness imaginable. Or even when we watch those grainy Michael Parkinson videos with a loud and proud Muhammad Ali declaring just how wonderful and amazing it is to be a believing Muslim. This is not the answer to everything, but it is a much-needed boost in a world where there may be little to smile about.

So when I gather the kids to witness the takbīrāt at the Hagia Sophia, and the crowds who eagerly gathered to offer Jumu’ah prayer there, I will allow them the adrenaline rush they get, the dreamy connection to the glorious Ottomanpast, and the few short moments where they witness the open and joyous proclamation of Allāh’s greatness in a world that is wholesale geared to stamp it out.

“And to Allāh belongs [all] honour, and to His Messenger, and to the believers.”[9] 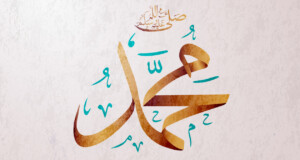 Qur’an vs Science – whose side are you on?