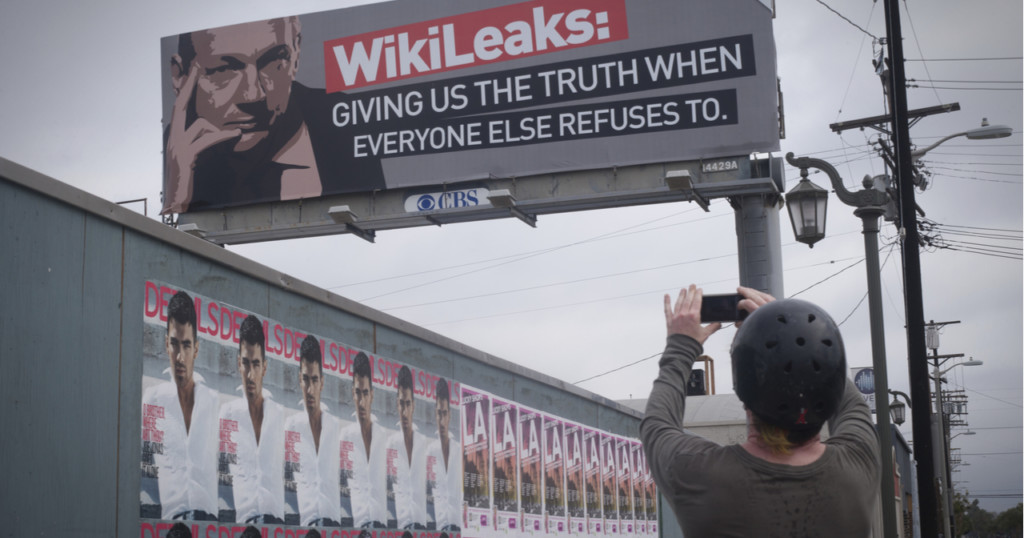 From revealing US human rights violations at Guantanamo Bay to Obama’s secret war in Yemen, the arrest of Julian Assange represents an attack on accountability and justice.

Julian Assange, the founder of WikiLeaks, was arrested at the Ecuadorian embassy in London on Thursday morning and was forcibly removed by police officers, after seven years of refuge at the embassy.

Assange had sought political asylum in the Ecuadorian embassy seven years ago to avoid extradition to Sweden over alleged sexual assaults and a US extradition warrant. Assange refused to leave the embassy, arguing the claims were false and that he would be extradited to the US for publishing classified information regarding the US’s activities on WikiLeaks.

The 47-year-old whistleblower was arrested after Ecuador ended his asylum and for failing to surrender to court after being bailed in 2012. Upon his arrest, Assange was taken to the Westminster Magistrates’ Court, where he was found guilty of breaching bail and told that he would face a jail sentence of up to 12 months.

Assange has also been charged by the US over an alleged conspiracy “to break a password to a classified US government computer”, and the US justice department has said that he could face up to five years in prison.[1] Furthermore, the UK home office has also confirmed that the US’s request for the whistleblower’s extradition was based on a computer-related offence.

Although Assange had co-founded WikiLeaks in 2006, it wasn’t until 2010 that the whistleblower gained international attention, after publishing a series of highly classified leaks. As such, it is believed that he is wanted by US authorities over both these leaks, and the exposing of crimes apparently committed by the US government and its allies, in wars in Iraq and Afghanistan, among others.

In April 2010, WikiLeaks published the classified Collateral Murder video, in which two US Apache attack helicopters fired indiscriminately at a group of Iraqi civilians standing in a street in Baghdad in 2007. The first strike had killed seven civilians, two of whom were war correspondents working for the Reuters news agency. The second strike targeted a van that was driving towards those civilians and the reporters who had been killed in the first strike, and a third strike targeted people escaping the first two initial strikes. Between 12 to 18 people were reportedly killed in the massacre.[2]

In October 2010, WikiLeaks published the Iraqi war logs, which is considered the largest leak of classified information in the military history of the US and surpasses that of the previous Afghan war logs. The leaked information revealed classified US army field reports of the war in Iraq from 2004 to 2009, which recorded far more civilian deaths than officially published figures. In that period, for example, the number of civilian deaths disclosed to the public was 66,081 civilian deaths out of a recorded total 109,000 deaths. The leaks showed that the official number of deaths hidden from the public was 150,000 with 80% of deaths being civilians.[4] When the US withdrew in 2011 the final estimate from various organisations ranged from half a million to over a million.

With this information, it is no surprise as to why the US so ardently wants the UK to extradite the whistleblower. Supporters of Assange and rights organisations have denounced his arrest, regarding it as an attack on accountability and justice, as well as an affront to true journalism and unbiased reporting.

Moazzam Begg, the outreach director at advocacy group CAGE, said that Assange’s arrest “is a witch hunt against whistleblowers and those who are seeking accountability from the powerful. The UK-US extradition treaty which has always been ripe for abuse, will be used once again to silence voices of dissent,” [5] and that “Assange must not be extradited to the US. He is a truth-teller and one that has sacrificed his own liberty to shed light on the abuses of the world’s most powerful states. If no one is above the law as Sajid Javid boasted, then surely we should be supporting Assange not arresting him.”[5]

The American Civil Liberties Union, a US civil rights organisation, warned that attempts by the US to prosecute Assange would be unconstitutional and would allow other news organisations to face unwarranted criminal investigations. Ben Wizner, the director of the ACLU’s speech privacy and technology project, stated:

“Any prosecution by the United States of Mr. Assange for Wikileaks’ publishing operations would be unprecedented and unconstitutional, and would open the door to criminal investigations of other news organizations. Moreover, prosecuting a foreign publisher for violating U.S. secrecy laws would set an especially dangerous precedent for U.S. journalists, who routinely violate foreign secrecy laws to deliver information vital to the public’s interest.”[6]

The former president of Ecuador, Rafael Correa, whose government offered asylum to Assange and was sympathetic to him, denounced the arrest by the London Metropolitan police and accused the current Ecuadorian president of being corrupt, saying:

“The greatest traitor in Ecuadorian and Latin American history, Lenin Moreno, allowed the British police to enter our embassy in London to arrest Assange. Moreno is a corrupt man, but what he has done is a crime that humanity will never forget.”[7]

The arrest of Assange by the UK authorities, as well as the US’s extradition request, shows that unbiased and untainted reporting is now threatened by those who claim to support and propagate freedom of speech and information, and that journalists and reporters who wish to uncover truths that may conflict with global governments and pose a threat to them now work with the feeling of fear and unease, that they too may one day face a mass injustice for uncovering the truth and calling for justice and accountability.

Many have also pointed out the hypocrisy of those who use the slogan of ‘free speech’ to justify their wanton insults of Muslims, the Prophet Muhammad (sall Allāhu ‘alayhi wa sallam), and other minorities, but are silent—or even celebrating—over the use of state coercion to silence not insults, but important information in the public interest, namely the crimes committed by governments in the name of their peoples. If anything, despite the cries to the contrary from those caught red handed by it, WikiLeaks actually made citizens of western nations safer, because it showed the victims of western aggression that the average citizen is not supportive of the violence and bloodshed committed in their name, thereby delegitimating any violence directed at civilians in the West, who had little to do with grievances that fuel terrorism. If anything, he should be thanked by citizens around the world and particularly in the West. As for those who hate him for what he has helped expose, then it is clear why.