Will Morsi’s Death Awaken our Voices against Injustice? 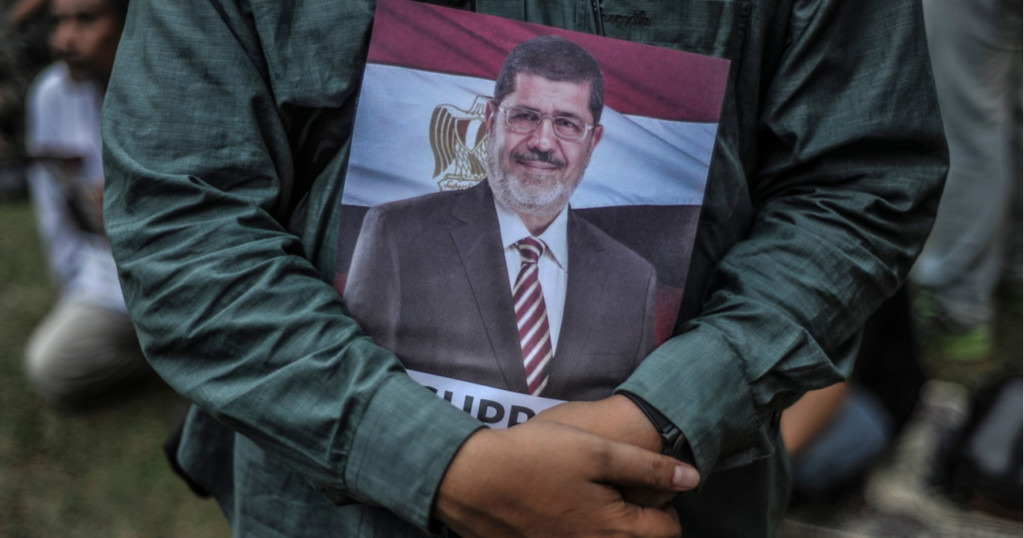 Dr Mohamed Morsi, the bearded and bespectacled veteran activist from the Muslim Brotherhood, died after fainting during an “animated” session in courts. Once nicknamed “The Spare Tyre”, he came into the driving seat by becoming Egypt’s first democratically elected president in 2012, in the aftermath of the Tahrir Square Arab Spring protests of 2011. He was, however, overthrown in 2013, and el-Sisi seized power.

Morsi was sentenced to more than 45 years in prison; effectively he was in solitary confinement for the past six years. True, the period of his governance was riddled with deep divisions in the Egyptian society, a crippling economic crisis, and often-deadly opposition protests. However, his tenure signified a return to civilian rule and the endorsement of the Constitution, whilst his foreign policy stance reflected support for Gaza and caused Israel dismay. [1]

Morsi’s tragic death marks the end of a chapter in the still-unfolding Arab Spring, but the country has far to go in its fight for a just future. Egypt, which was the most visible symbol of a wave of protests that promised to transform the region, has become the bulwark of reactionary politics. [2]

One key thing that Morsi’s death brings into focus is the chronic issue of human rights abuses and torture of activists in the Muslim world. El-Sisi launched a massive crackdown on political opponents and has been responsible for major human rights violations in the Sinai region. Egypt has been a tyranny of human rights, with the judiciary not being independent and having no oversight and accountability of the courts. According to Human Rights Monitor, more than 300 detainees have died in prison in Egypt since the coup in 2013, with the cause of death principally due to medical neglect and torture. In 2016, in a report titled We are Tombs, Human Rights Watch documented the grim conditions in Cairo’s high-security Scorpion Prison, where those considered enemies of the state were held. [3]

Take Saudi Arabia, which is already in the global spotlight for a multitude of rights violations and state-sponsored crimes both within and beyond, as another example. The most repugnant and blatant violations are the brutal torture of human rights activists, notably women, the barbaric and premeditated assassination of journalist Jamal Khashoggi and alleged war crimes in Yemen. Scholars linked to al–Sahwa al-Islamiyya  (Sahwa Movement or Islamic Awakening), have been jailed and tortured, and the public prosecutor has called for death sentences to be passed on peaceful activists, including Israa al-Ghomgham, Salman al-Odah, Awadh al-Qarni, and Ali Hamza al-Umri. The Sahwa Movement incidentally challenged the idea that there should be unconditional obedience to the ruler, introducing ideas that were not welcome to them. According to Amnesty International, anyone who dares to speak out in defence of human rights in Saudi Arabia today is at risk. 4 Saudi Arabia’s relentless persecution of human rights defenders is a blatant campaign aimed at deterring them from speaking about the human rights situation in the country, as well as from working on behalf of victims of violations. [4]

Human rights in Muslim-majority countries have been a hot-button issue for many decades. International Non-Government Organisations (INGOs), such as Amnesty International (AI) and Human Rights Watch (HRW), consistently pointed out gross human rights violations in Muslim-majority countries, with Egypt, Saudi Arabic, and the UAE being three examples. However, ignoring the growing human-rights violation issues and the plight of oppressed people within, will also undoubtedly dent the credibility of those in the Muslim world who effectively point out impunity or gross human rights abuses affecting Muslims elsewhere too, be they in occupied Palestine or in China. The sad state of Muslim affairs today is reflective of the fact that in one part of the world they are apathetic when in another part, they are being tortured, dismembered, and massacred.

Islām has forbidden all forms of oppression great and small. Allāh (subḥānahu wa taʿālā) commands Muslims to fight for the liberation of the weak and the helpless from oppression and tyranny and notes that this fight is real jihād in his cause. The Qur’ān says:

“Allāh said: O my servants, I have forbidden oppression for myself and have made it forbidden among you, so do not oppress one another.” [6]

Further, the Prophet (sall Allāhu ʿalayhi wa sallam) signed the well-known Charter of Medina, becoming the first head of state in the constitutional and political history of humanity to endorse the principle of citizenship and law. The Islamic system of justice, thus, protected people’s rights and freedom. Oppression is a violation of the rights of people.

Unfortunately, the Muslim experience since the days of colonisation of their vast territories, especially after the collapse of the Ottoman Empire in the early 20th century, has not been a pleasant one. As the colonizers left – forced out or negotiated – new states emerged with new flags under new leaders. However, the gains achieved under many of these rulers, in the post-colonial era for their people to enjoy peace, freedom, and prosperity, were sadly minimal. Of course, there are some exceptions. The irony was that the very faith which always promoted equity, truth, and justice was even misused by the newer leaders to seek their own ends. In this context, mindful of the role of religion in Muslim society, Islām came to be falsely portrayed as a religion that is not at odds with monarchy, dictatorship, and all other regressive systems. Resultantly, as the ruling system veered away from Islamic principles of justice, the Muslim world came to be ruled by military generals, kings, and amīrs, many of them becoming the likes of al-Hajjaj b. Yusuf, a ruthless ruler who history remembers mostly for his cruel oppression of activists and Islamic luminaries such as Abd-Allāh b. Jubayr (raḍiy Allāhu ʿanhu).

History also records innumerable men of courage who stood up against injustice and oppression of the rulers. Ḥusayn ibn ʿAlī, the grandson of Prophet (sall Allāhu ʿalayhi wa sallam) rose up against the corrupt and oppressive political system of Yazīd ibn Mu‘āwiya. When the Ahl al-Sunnah resisted the ideas of the Muʿtazila, Caliph al-Maʾmūn instituted an inquisition against those who refused to fall in line and to pledge belief in the ‘Principle of the Qur’ān’s created-ness’. This resulted in the imprisonment and torture of many “Ahl al-Sunnah” scholars opposed to the Muʿtazila. Amongst those persecuted was Imām Ahmed b. Hanbal, who was flogged repeatedly at the Caliph’s directive. This persecution continued after al-Maʾmūn’s death under his brother al-Muʿtaṣim. Imām Ahmed was released eventually due to his unflinching resolve in the face of years of persecution. Even decades of persecution of Mandela in Apartheid cells did not bring any gains to the oppressor regimes. History always favours David over Goliath.

Be it as it may, there are serious issues that Muslim leaders should address with regard to human rights in their own backyard. Suppression and oppressing dissenting voices have become normalised in many countries, which does not augur well for the future. Such violations are a matter of serious concern and are arousing the conscience of more and more people throughout the world. Despite the active participation of  Muslim representatives in the creation of Universal Declaration of Human Rights (UDHR) in 1948, the 1981 Universal Islamic Declaration of Human Rights (UIDHR), the 1990 Cairo Declaration on Human Rights in Islam (CDHRI), and the Organisation of Islamic Cooperation’s (OIC) Independent Permanent Human Rights Commission, it is unfortunate that human rights are being trampled upon with impunity in many Muslim countries. The flickering red lights calling for urgent reformative action, as reflected in the social media, are too dangerous to ignore. The Muslim leaders cannot bury their heads in the sand and say they have not been warned.