100 Years of Balfour: Between One Promise & Another 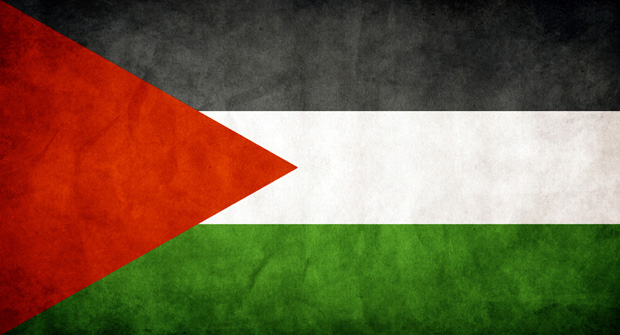 Today marks 100 years since the British Government, the then coloniser ‘giddy on power’, declared unreserved support for the creation of a homeland for the Jewish people in the Ottoman-governed land of Palestine. The document of 67 words was sent in 1917 by British Foreign Secretary Arthur Balfour, to the representative of British Jewry, Lionel Walter Rothschild.[1]

These remarks are not to lament over the declaration’s ‘centenary’, one that would endorse the mass ethnic displacement of a native people for another, by a third, distant entity. The Balfour Declaration was dispensed by a government which, until today, apparently stands ‘proud’, not befittingly guilty and ashamed, of its momentous ‘achievement’ of endorsing the worst ethnic purging and geographical deformation the modern era has known. They are ‘proud’ to have seen 700,000 Palestinians forced out of their homes, in the year the pledge came into full force, now reaching five million as they sit to celebrate.

This government boasts that it is ‘proud’ of creating an entity that hosts one of the world’s largest nuclear armaments, a hierarchical, caste-based, society, a ‘democracy’ that systematically stigmatises Arab communities on ethnicity,[3] An entity physically isolating the ‘other’ by a 700km, 8m height and 3m thick concrete wall

Our government’s ‘pride’ over this impinged disaster of a project is enough to make us lament, and if this disaster is our government’s ‘great and proud legacy indeed’, then God Almighty protect us from its shame. But whatever provides moral justification for the Judeo-Christian earmarking of the Promise of Balfour centenary in some of the country’s boldest venues,[5] such that abstention earns inferences to anti-Semitism,[6] invites us to also celebrate; but to celebrate something even surer. Another Divine Promise not racially exclusive and cruelly applied, but one that becomes binding for the moral once immorality takes a lasting grasp. Now that 100 years have passed, we can only assume it is nearly going to happen again. In the first few verses of Chapter 17 of the Qur’ān, al Isrā’, we read:

“We decreed in the Book for the tribe of Israel: ‘You will twice cause corruption on the earth and you will rise to a great height. When the promised first time came, We sent against you slaves of Ours possessing great force, and they ransacked your houses, rampaging right through them. It was a promise which was fulfilled. Then once again We gave you the upper hand over them and supplied you with more wealth and children and made you the most numerous group. If you do good, you do it to yourselves. If you do evil, you do it to your detriment. When the next promised time arrived, it was so that they could injure you and enter the Masjid (meaning Masjid al-Aqsa) as they had entered it the first time, and in order to completely destroy what they had conquered.”[7]

Verses of a divine, resolved promise, were revealed not 100 years ago, but over 1400 years ago. The chapter commences with Allāh’s glorification that “He took His slave on a journey by night from the Masjid al-Haram (in Makkah) to the Masjid al-Aqsa (in Jerusalem), whose surroundings We have blessed…”[8] Here, the Prophet (sall Allāhu ʿalayhi wa sallam) led the Prophets in prayer in what symbolises who the future of Palestine is destined to, regardless of the irregular exceptions such as the short-lived crusades, sparked by Pope Urban’s promise, or of ‘Israel’ by Balfour’s.

The verses turn specifically to the Children of Israel’s transient episodes in the Holy Land, two major occasions without a third even worth noting. The scholars of Tafsīr have varying opinions on the contextual application of these two occasions, with some holding that both occasions have occurred,[9] others that the first has occurred and the second is yet to unfold and a third opinion that maintains that neither the first nor the second has actualised. Despite this, any occasion is underpinned by a perpetual promise, the crucial implication, that if they return to evil and corruption, Allāh will bring an end to it at the hands of a selected group,

“It may well be that your Lord will have mercy on you. But if you revert to what you did, We also will revert.“[10]

The entirety of the past, present and future cannot be blemished by historical anomalies such as Israel’s occupation. And though it is true their occupation has been going on for almost 70 years, nothing magnifies this period except our inability to look at what happened before or anticipate what is beyond.

Almost 14 centenaries passed with Palestine under remarkable Muslim governance, less the one under Crusader-control (1099-1187AD) without much merriment or bother. This is not because it was not a cause for celebration, but it is because Islām has never suffered an existential complex in Palestine that commands celebration of a yearly ‘independence day’ or a centenary that essentially celebrates unforeseen continuity! No other nation or so-called ‘state’, except ISIS perhaps, suffers it quite as much.

“Israel’s” lack of confidence in the continuity of its occupation is such that it formally considers the lack of recognition of another state situated about 2.5 thousand kilometres away,[11] socio economic challenges[12] and even unity talks between Palestinian factions[13] a ‘threat to its existence’. Even Zionist academics and Jewish clergy believe that such an end, should Israel continue its occupation, is impending. Take Historian Simon Schama as an example. In an interview with the Times of Israel, he said, “I believe that the occupation must end. And if it doesn’t, it will end Israel.”[14]

The residents of Palestine under Islām, be they Muslim, Christian or Jew over the 14 centenaries that passed or even the Palestinian clusters who are grappling with survival, many of whom have been crushed under a decade-old siege in Gaza in ‘unliveable’ humanitarian conditions,[15] never see their reality as a subject of debate. Their continuity has never needed to be a cause for ‘celebration’ as their existence was never a doubtful prospect. Maybe this is because their reality was not actualised by a promise that died with the death of the imperialists who made it. In other words, if colonial brute force one day warranted theft, celebrating its validity after its death is a futile resuscitation attempt. A Muslim, however, is reassured by the continuous nature of divine mandate and Prophetic promises that the virtuous people will ultimately govern Palestine.

The Prophet (sall Allāhu ʿalayhi wa sallam) told us that,

“…Soon there will come a time when, if a man has a piece of land the size of a horse’s rope from which he can see Bayt al-Maqdis, that will be better for him than the whole world and everything in it.”[16]

Residing in Palestine will one day be every person’s dream and aspiration. Can that reality and the occupation mutually exist? In the ḥadīth of Ibn Hiwalah, the Messenger (sall Allāhu ʿalayhi wa sallam) explicitly prophesises the Khilāfah, or the representative of the Muslim world, appearing in the Holy Land.[17] The hub of Islām will not be spoiled by check-points, settlements and humiliation. Because classically, the Islamic Khilāfah, akin to state capitals, settled in the most flourishing and secure areas, untainted by brutal occupation. The latter will simply be non-existent.

So the Balfour Centenary, more than a celebration for the Zionists, is perhaps good news for Palestine. History pundits know that triple-figure-aged colonies are ones that are nearly gone, even if they were left to wither away unchallenged. In the Zionist entity’s case, it is already facing enormous existential challenges. The image it conjured for itself after the 1967 Six-Day War as the ‘irresistible army’ has long been scrapped.

The Palestinian writer Abdul Sattar Qassim reminds us how the world witnessed these ‘irresistible’ soldiers running away from South Lebanon in 2000 and its military failure in Lebanon in 2006. The Zionists have since lived with the single worry of redeeming the hot air they lost, having become inept at winning wars whilst sinking themselves in the mire every time. Take Gaza 2008-2009 when it unilaterally stopped the war, having achieved nothing other than mass murder and destruction on the civilian front and, likewise in 2014, when it was rendered incapable of infiltrating Gaza, leaving etched the image of its soldiers either fleeing or wailing in their mother’s arms.[18]

This is not to mention how Israeli society has become riddled with corruption, with its current Prime Minister himself accused of fraud, bribery and graft investigations,[19] whilst others at the highest level of Israeli politics are accused of money laundering and tax offenses.[20]

The era of lamenting and sobbing has passed, as has much of the 1948 Nakba generation. Today’s youth look to the future, and see the passing of time and the shattering of historical records as a herald of an encroaching end. It is true that Balfour’s promise has lived for 100 years, but the socially rifted Zionist entity, battered by an existential complex, crutching its survival indispensably on the survival of quivering dogmatic and tyrannical regimes, hardly puts odds on a similar centenary for Israel. But even if it lasts 100 years more, what joy and pride fills an occupation bound to come to an end? The question is when, and if you insist on asking if, then ask if you will partake in bringing this brutal occupation to an end, and if you will be part of the liberation of Palestine that Allāh and His Messenger (sall Allāhu ʿalayhi wa sallam) have promised.

“Do you think, if We let them enjoy themselves for years and then what they were promised comes to them, that what they enjoyed will be of any use to them?”[21]

[9] See classical Tafsir books such as al Tabari, ibn Kathir and others