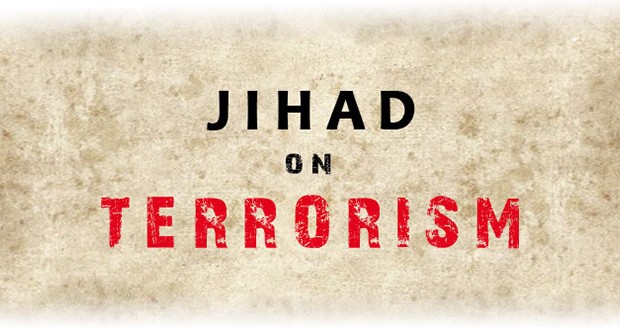 We have recently seen a number of articles and lectures by various speakers and scholars about jihad and terrorism, and although these brothers have sincere intentions (and we ask Allah to reward and guide them), I fear that this discourse is lacking the basic framework of an academic methodology, and as a result it can easily be misleading and cause more problems than it solves.

The most fundamental principle to be considered prior to any discussion concerning any given topic is to define the major terms used throughout that discussion. With reference to recent discussions, we find that they revolve around the terms ‘terrorism’ and ‘jihad’ and are used in an attempt to condemn those who misunderstand both terms, yet commentators fail to provide comprehensive and accurate definitions for them. As a result, discussions become relative where all understand terrorism and jihad according to their own view. Modernists will see it as a proof that the concept of jihad should be re-interpreted according to Western imperial views dominated by an anti-Islamic agenda whereby the ‘correct’ and ‘moderate’ understanding of jihad does not include any type of physical engagement, including self-defence which of course is preposterously incorrect. Others will capitalise on this warped view in order to justify their ideological opinions regarding jihad in that it is limited to one’s struggle against his/her own whims and desires.

For those who have become embroiled in this discussion, it makes no difference as to whether a clarification is offered that these incorrect forms are not the jihad that they meant, or that their statements were misunderstood. What is of importance however, is that which the average reader understands, and therefore, providing clear and precise definitions must be a priority in order to avoid any possible confusion. In addition, it is notable that many lectures and articles written against so-called jihadists use an emotional tone – the same tool employed by the ‘jihadists’ themselves. This consequently lacks the ability to convince those who believe that they are the ‘authentic’ Mujahideen. It is also surprising that commentators use blanket statements which are basic , vague , and weak given that ‘jihadist’ discourse has developed to provide answers for most of the textual and rational evidences used against its mission and ambition.

Since 9/11, the ‘war on terror’ has become a legitimate justification by many non-Muslim governments to invade Muslim lands, confiscate their resources and torture Muslims in other parts of the world through the practice of military renditions. It is extremely evident that the term ‘war on terror’ is merely an excuse to terrorise Muslims wherever they are, and so, we should be asking as to who the real terrorists are? Do Muslims terrorise them or is it the other way round? Despite this, it is shocking that some of our scholars and speakers still talk and act in ways that play into the hands of the very agencies that are fighting their own people! It is ironic to see some, including speakers or even scholars, using the same terms these anti-Muslims use without exerting any efforts to provide clear definitions. Under the banner of ‘together united against extremism’ some Muslims support spying on Muslims living in non-Muslim countries, and even go to the extent of supporting the prohibition of well established Islamic practices since they are assumed to be symbols of extremism in the ‘war against terrorism’. These speakers must not be as naive to assume that they themselves are viewed as extremists by many, including those who attribute themselves to Islam.

One of the major concerns at this given juncture is that those who believe in this so-called jihadist methodology become more content that their opponents’ rhetoric is falsehood and so weak that they cannot manage to even produce a consistent (let alone strong) argument! Let us remember that if one is upon the truth but then is unable to deliver it in a convincing manner,  it can instead become a source of misguidance for many. This is why Allah sent his Prophets with clear evidence, He said, “Then! Are the Messengers charged with anything but to convey the Message clearly?”[1] The Prophet also said “Every Prophet has been given signs/verses the like of which, people believe in.”  The scriptural texts quoted in most anti-jihadist literature to prove that killing innocent people is an act of great corruption and mischief on Earth is overplayed, and there is a lack of clear and comprehensive interpretation clarifying the boundaries between what is true jihad and what is not. It is known that ‘jihadists’ agree with these texts, but countering the argument by simply stating that these verses speak about those who kill innocent people. They state that the people killed by their operations are not completely innocent but either guilty of killing Muslims in other parts of the world or aiding those who perpetrated those acts. An example of this issue is when anti-jihadists state that jihadists are extremists and evil as Allah says, “And those who invoke not any other ilah (god) along with Allah, nor kill such life as Allah has forbidden, except for a just cause, nor commit illegal sexual intercourse; and whoever does this shall receive the punishment. The torment will be doubled for him on the Day of Resurrection, and he will abide therein in disgrace”.[2] The jihadist simply respond by saying that this verse is actually proof against the anti-jihadists since Allah states the exception is a “just cause” and jihad and self defence is ‘a just cause’ for killing others who aim to kill you and rape your wives and daughters!

One thing that is extremely questionable is the intended aim of this discussion. Are those who intend to blow themselves up going heed such advice?  It is known that those who would carry out such actions would never listen to such commentators, and instead, such comments will only serve to alienate them further, ultimately fuelling the so-called jihadists to become even more active and resourceful. It will provoke many of them to refute these weak arguments inevitably aiding them to win over the same people whom these speakers want to ‘save’. Furthermore, many of these statements and comments articulated by scholars and speakers have been welcomed by non-Muslim agencies with gratitude, something that ‘jihadists’ will undoubtedly claim confirms that these commentators are merely ‘agents of oppressive regimes’.
Commentators might argue that they must make such statements in order to protect their own projects and organisations against any accusation of extremism. If so, I implore them to carefully reconsider this position of theirs, as it could lead them, whether knowingly or unknowingly, to fall into Allah’s condemnation of those who side with people who have an anti-Islamic agenda in an attempt to guard themselves against them. He, the Most High says, “And you see those in whose hearts there is a disease (of hypocrisy), they hurry to their friendship, saying: “We fear lest some misfortune of a disaster may befall us.” Perhaps Allah may bring a victory or a decision according to His Will. Then they will become regretful for what they have been keeping as a secret in themselves.”[3] Moreover, they should not commit the very same mistake that they condemn! Both parties use incomplete and/or emotional arguments to prove their stance. They hasten to an unsubstantiated conclusion believing that promoting it is nothing but advancing the interest of the Ummah. The situation becomes worse if the underlying motive is one’s self or organisation’s interest.

In conclusion, I would like to advise our brothers, whether they be preachers or scholars to exercise careful consideration in regards to anything they say, and in particular, complicated matters such as jihad in the current context. Our brothers should not be fooled by those who welcome their statements, something which might later be the cause of a regrettable reaction. If we feel that we have no choice but to speak about such issues, we should avoid projecting our views in a way that implies that ours is the ultimate truth and anyone who disagrees is an extremist or has gone astray. The same advice must be said to those who believe that they are protecting the honour of the ummah (Muslim nation) by calling for what they see as Jihad.

(Please note that we disagree with the term ‘jihadist’ and the way it is used in the media. However, it was only used since it is the common word used to Muslims who believe that they are carrying out jihad activities) 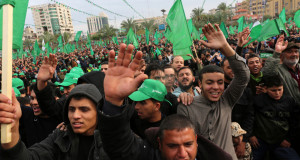