Looking at Pakistan’s Challenges – Does Turbulence Lie ahead? 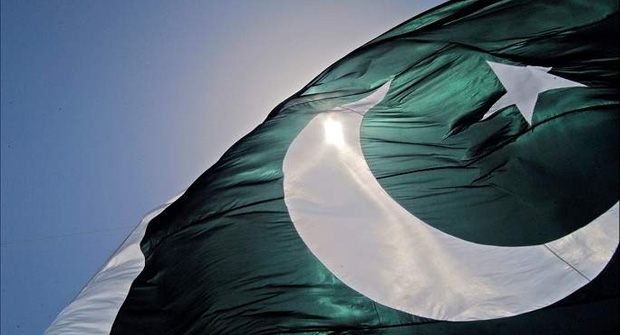 The 11th of May was a milestone in Pakistan’s 66-year political history, with the first ever handing over of power from one democratically elected government to another. Nawaz Sharif of the Pakistan Muslim League was voted into Office for a third time in his 30-year political career. This proved to be an astounding anti-climax for millions (myself included) who were anxiously waiting for the ‘tsunami of change’ promised by Imran Khan and his revolutionist Pakistan Tehreek-i-Insaaf (Movement for Justice) Party. However, the risk-averse electorate instead chose to re-instate an experienced head in Nawaz Sharif, and have quite generously entrusted him with the seat at the helm despite the widespread allegations of corruption associated with his last two terms.1 Only time will tell whether this move was wise, or otherwise just a regurgitation of the same failed decisions that the nation has historically made with respect to its leadership choices.

At present, optimism is high among the masses that they have elected the right man for the job. The clear majority awarded to him through a record 60% voter turnout signifies their trust in Sharif’s ability to turn the tide. However as the ephemeral euphoria of victory subsides, the new rulers will have to face up to the challenges that they are expected to resolve. Crippling issues are impacting so many facets of Pakistan’s existence with the bulk of the blame being levelled at religious influences. The nation now finds itself at the point where it is embroiled in a battle to safeguard its religious conservative identity against the new-found calls for secularisation of society, which is being touted as the only possible solution to its problems…

To put it simply, it is no over-statement to suggest that Pakistan is at one of its lowest points in its 66-year history. Battered and bruised on so many fronts, it continues to survive miraculously under tremendous strain from every direction. The incompetence of the outgoing Pakistan People’s Party (PPP) government is demonstrated through the conditions that they are bequeathing to Nawaz Sharif’s PML-N. The economy paints a bleak picture to say the least. Unemployment is set to enter a record by hitting double-digits over the next year1 (unofficial figures are likely worse). Soaring inflation and lack of earning opportunities have pushed more than 60% of the population below the poverty line.2 Many have no access to clean drinking water, and cannot afford everyday basics like food and housing. As a result an increasing number of poverty-stricken people are resorting to the unthinkable, e.g. suicide, or even the selling/dumping of their children.3

Prospects for improvement are nowhere in sight. The ailing budget goes towards servicing the multi billion dollars of annual foreign debt, and the remainder is channelled to fund the non-negotiable needs of the military. This leaves little or nothing to put towards domestic economic needs which provide for a population in excess of 180 million. To make matters worse, insufficient energy supplies are killing off the industry, with many rural areas only receiving up to four hours of electricity a day. The government coffers are almost empty, which is no surprise considering the heavy dependence on foreign aid (mainly swallowed up through corruption). With registered tax payers equating to an unacceptable 1% of the population, and corruption rife within the system,4 financial self-sufficiency for Pakistan seems a distant dream. Hence the rulers repeatedly find themselves knocking on the door of the US or IMF, complete with begging bowl in hand, pleading for more assistance to keep afloat in exchange for the nations fast-diminishing dignity. While Nawaz Sharif has always been seen as the pro-business, economically savvy option amongst all his adversaries, he will be pulling off nothing short of a miracle if he manages to turn the economy around during this five-year term.

Perhaps the most significant challenge that Nawaz Sharif will have to confront as the new Head of State is that of domestic terrorism in Pakistan and the local as well as foreign efforts to counter this threat. Dealing with the problem is a territory unfamiliar to the seasoned politician since his last two terms were largely free from this predicament. The actions of the previous governments have only exacerbated the issue, with considerable mishandling, leading to aggravation and disillusionment not only among the groups in question, but the nation in general. Sharif’s proposed solution is to engage in dialogue – he is willing to speak to the Pakistani Taliban, and other similar organisations to hear out their grievances.5 This tact has not previously been employed by any government. However it will certainly not go down well with Pakistan’s so-called Western allies who have pumped billions of dollars into the country to eradicate these groups. Over the last decade, the US administration has virtually been given free access to Pakistan’s soil by successive governments in exchange for considerable financial assistance – a move largely perceived to be a breach of its sovereignty. US-led Drone attacks on alleged terrorist targets have littered the northern parts of Pakistan, yet achieved virtually nothing apart from pointless destruction and considerable loss of innocent life.6 As a consequence, anti-US sentiment has grown amongst the masses, and Sharif has promised a tough stance towards revoking permission for these Drone strikes.7 He has previously stood up to the US in 1997, when he equipped Pakistan with nuclear weapons despite warnings from the then administration of Bill Clinton to retract.8 However, the difference now is that Pakistan has even less capacity to withstand the financial pressures that the consequential economic sanctions will impose than it did back in ‘97. Hence this will prove another significant test of his diplomatic prowess, and commitment towards doing that which is right for the nation in the face of international pressure.

As if the above complications were not enough to deal with for the government in-waiting, it does not stop here. They will have to address another intangible, yet significant element bubbling under the surface of society, which is the emergence of secular ideology in Pakistan. The promotion of secularism has been endorsed by successive governments over the last ten years. The mindset was subtly introduced to begin with by General Parvez Musharraf through his call to adopt ‘enlightened moderation’ as the way forward for Muslims.9 This progressed over time into an attempt to completely separate faith and State, both in the constitution and judiciary. The subsequent PPP government has upheld this approach and pulled in a similar direction to its predecessor. Hence liberals and secular reformists have been given a robust platform and voice. While the demographic of the liberalists is currently restricted to the minority ‘elite’ classes,10 it would not take long for it to spread among other sections of society. Examples of recent issues, such as the call to revise Pakistan’s Shariah-based blasphemy law,11 have been given international coverage, and furthered liberalist claims for large-scale suppression of religious influence on society and State. The subliminal drip-feeding of the media is also supporting this reformist agenda. Heavily influenced by ideas from the West and across the Indian border, a majority of TV channels and English press are pushing out the secularist discourse in the name of progress and modernity. Hence in light of this current ideological movement, Nawaz Sharif will have to choose whether he is with the secularists or against them – and if his previous two terms in office are anything to go by, then he almost certainly will not be supporting their cause. The PML-N has always been a centre-right leaning party with a conservative agenda.12 This suggests that he will not be up for playing ball with the liberals. But the question is whether he would tactfully be able to put the genie back into the bottle now that it has escaped. What would help is if the lobby awakens to the fact that the Western secular model is not a universal ‘one-fits-all’ solution. In a country where the Muslim majority makes up 97% of the population,13 secularism cannot be superimposed as an all-encompassing remedy, rather it is not welcome and neither are the masses calling for it. Current abhorrent events from across the Bangladeshi border should be a lesson enough for anyone in doubt that the imposition of this ideology would result in social disaster. In an age where prominent secular Muslim countries like Turkey are now looking to revert back to conservatism,14 Pakistan should not be allowed to go the other way. Liberalists malign Islam based upon the misguided actions of a minority of religious extremists who use violence against the innocent. They wrongly draw strong parallels between the failings of the State, and its religious affiliations. This rhetoric is nothing but targeted scaremongering. Pakistan finds itself in its current predicament due to a plethora of underlying factors. From the corrupt politicians who have queued up to usurp the countries resources, to the constant fending-off of belligerent neighbouring states; from the disproportionate wealth gap between the rich and poor widened by a capitalist economy, to the dour economic outlook and lack of opportunity, everything has played its part. Hence the claims of the secularists which point to religion being the catalyst for failure are baseless. Instead of expending their energy in vilifying puritan Islam and posing it as a threat, they should endeavour to educate themselves with regard to what it represents and the solutions it offers through its correct application in society.

In conclusion, the above issues collectively demonstrate the colossal nature of the task awaiting the incoming Government of Nawaz Sharif. The worrying fact is that these are not exhaustive – we have not even touched upon to the uprising of separatist factions in Baluchistan, the heightened sectarian tension between Shia’s and Sunni’s, or even Pakistan’s long-standing turbulent relationship with neighbouring India. Hence the Premier will have to prioritise and work his way through the rubble of challenges. Tough choices will have to be made with integrity and consideration for the need of the nation. With the media scrutinising his every move, and Imran Khan breathing down his neck as the main opposition waiting to take his seat, Nawaz Sharif can be sure of no respite over the course of his term. As the chosen leader of the second largest Muslim nation globally,15 our collective prayer should be for him to have success in what he has been entrusted with.