Cheap clothes, at what cost? 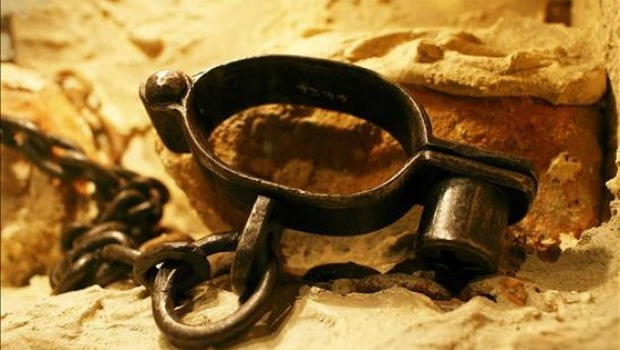 All praise is for Allah. We ask Allah to praise and grant peace upon the Messenger, his family and followers.

As the death toll keeps rising from the Dhaka disaster, even for a country and industry known for frequent accidents. This disaster is on another scale. The number of dead currently stands at 1,127.[1]

Under the rubble and collapsed concrete lay broken bones, lost lives and shattered dreams. Any responsible authority would take immediate measures to ensure such a horrific tragedy could never occur again. Workers rights and conditions are a luxury most employees in poor countries can ill afford. They are forced to work under conditions that expose them to high levels of risk.

The garment industry is big business for Bangladesh[2]. It is the second largest producer of garments for western markets.

· Accounts for 78% of country’s export earning

· Contributes more than 10% to GDP

It is no wonder that no government wouldn’t dare jeopardise its economic lifeline by demanding higher pay and better conditions. Workers are the lowest link in the chain and hence are easily expendable.

Western companies’ quest for cheap labour feeds their insatiable appetite for profits. In constant pursuit of reducing costs it has created the modern equivalent of the slave trade – only located offshore.[4] The difference today is workers are not bound by shackles but by crippling poverty compelling them to work for the new masters. The free market is only free for the rich to exploit whatever resources, including human, they can lay their hands on. The poor workers are just pawns in a game played internationally.

It may almost be considered political suicide for governments in poor countries to resist the temptation of inward investment from western multinationals. If one country were to do so, there is always another to take its place. It is a market where the lowest bidder wins. The losers are the ordinary people whose prosperity and well-being have been traded away.

The website of ‘International Labour Rights Forum’ states some startling facts and figures.

“The minimum wage is $43/month or about $10/week. This equals 20 cents an hour, the lowest wage, by far, of any major garment producing country. Studies show that this wage fails to cover the cost of the minimum nutritional needs of even a single worker, let alone his or her family”.[5]

(Here you can read a report on wages in Bangladesh.[6])

Corrupt and incompetent governments that have failed to improve the livelihood of its people, increase economic growth through diversification, see western investment as a panacea for its troubles. However, it all comes at a price. In the case of Bangladesh, too often the price has been too high.

“Since 2005, at least 1,800 garment workers have been killed in factory fires and building collapses in Bangladesh, according to research by the advocacy group International Labor Rights Forum”.[7]

Workers rights and conditions are almost if not completely disregarded. The choice for the poor workers is – like it or lump it. Add to that, the harassment and intimidation by thugs hired to keep the workforce in their place.[8] Furthermore, dangerous and unsafe buildings are all warning signs for an impending disaster waiting to happen.

(You can read a document on the deadly secrets of the apparel industry.[9])

All these factors have culminated in the huge loss of life when the building came crumbling down in Dhaka. Bangladeshi economist Muhammad Yunus wrote, “For Bangladeshis, the tragedy at the garment factory in Savar is a symbol of our failure as a nation.”[10]

The current government lead by Hasina has a long list of failures. It has failed to protect workers, failed to improve working conditions, failed to enforce health and safety regulations, failed to crackdown on unscrupulous and corrupt businessmen who put profits ahead of people.

Recent events in Bangladesh have shown the secular Awami League government has no regard for the lives of ordinary Bangladeshis. Had only a few people died, the owners might have carried on with business as usual. The owner of the collapsed building, Sohel Rana, is the local leader of the Awami Leagues’ youth wing. Known in his neighbourhood as the leader of a gang, most people feared him. He was arrested at the India-Bangladesh border trying to flee the country.[11]

In the absence of alternative industries or other economic activities, Bangladesh is dependent on the garment industry for its economic survival. Muhammad Yunus has suggested a practical solution to improve the industry and the lives of workers by setting a minimum wage of about 50 cents (33p) an hour. This is less than the cost of a can of coke in the West but twice what Bangladeshi workers earn at the moment. He also called for a 50 cent surcharge on garments made in Bangladesh.[12]

Due to the sheer scale of the tragedy, big companies know that it cannot be business as usual. There have been two positive developments.

Firstly, “Some of the world’s biggest fashion chains, including H&M, Zara, C&A, Tesco and Primark, have signed up to a legally binding agreement to help finance fire safety and building improvements in the factories they use in Bangladesh”.[13]

Secondly, “Bangladesh’s government agreed on Monday to allow the country’s 4 million garment workers to form trade unions without prior permission from factory owners…”[14]

However, it is unlikely for multinational corporations, whose bottom line is profit, to take action unless it is in their interest to do so. Here, public pressure can come to bear. Shoppers must be willing to exert their buying power on companies so that they are forced to act. All of us as consumers benefit from cheap clothes. We must realise that it comes at a price. As long as we are happy to enjoy the goods we are complicit in the exploitation of poor people in Bangladesh and elsewhere. Next time you put on a sweatshirt, remember that more than just sweat has gone into producing it.