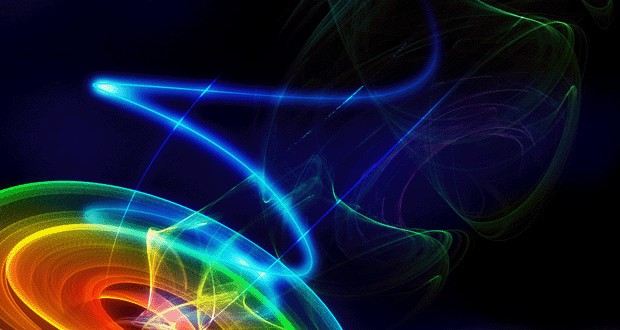 I recently received an email asking me what the purpose was of my writings and how I felt these helped the Muslims in Britain and the Ummah more broadly. The writer’s scepticism is not unique to him alone. Indeed many people (Muslim and non-Muslim) regard theoretical musings as sheer bombast and unnecessarily complicated. I am reminded of something Professor Stuart Hall said at a lecture in which he spoke about Race as a floating signifier and a discursive construct and rhetorically asked, what is the purpose of all this scholarly hullabaloo?1 Hullabaloo it might be, and indeed in some ways merely a pretence to an occupation (not to mention an occupational hazard!) but my position is clear, as is his, there is enormous worth in pursuing such a mode of activity, for that is indeed how I view it. Though in popular imagination academia is merely an elitist talking shop, where absent minded professors and socially inept doctors discuss endlessly amongst themselves the minutest details of some obscure theory or historic detail, I think we need to look again at the manner in which theory and activism may be linked. To work against the seeming discontinuity between these two categories I want to employ two key metaphors – the ‘middle people’ and the ‘echo’ – to explain how changes in the Ummah and society may be brought about.

Like many others involved in academia, I begin with ideas as the core foundation of a sociology of change although writers like David Bornstein regard this as a typically topsy-turvy academic typology. Instead, for Bornstein the focus ought to be on ‘a particular type of actor who propels social change’.2 He or she is an entrepreneur, characterized by Bornstein as relentless and never taking ‘no’ for an answer. As such Bornstein is more on the side of action than theory. For him, the way to understand change is to locate human agency amidst the landscape of institutions and ideas, with the former as the energy and driving force for actuating social progress. What Bornstein seems to overlook, and one of the key reasons why the discontinuity between theory and activism exists is because popular imagination sees the human subject as always already constituted. For Bornstein entrepreneurs are born, they are people who exist as one variety amongst the diversity of human beings. Although Bornstein does not dismiss the possibility of training and creating entrepreneurs, the key task for him is to ‘build a framework of social and economic support to multiply the number and the effectiveness of the world’s social entrepreneurs’.3 As such, activity and theory seem to be distinctively drawn apart with the former seen as the business of those characterized as ‘go-getters’, and the latter as the business of quiet reflective individuals, often content with spinning grand theories whose relation to ‘reality’ is interesting and enlightening but whose usability is at times tenuous. Such a position is similar to the idea of hitting a ball; one does not need to theorise how to hit a ball, one merely ‘hits’ it. But the problem, I suggest, is twofold. Firstly, human subjects in all their diversity are not always already given; they are themselves formed by the narratives, discourses, and ideas that create human subjects. So if there are entrepreneurs out there in the ‘real’ world, they are there because at some point growing up they were inspired by ideas conveyed by someone – school teachers, authors, parents. Even where one may claim the existence of an individual simply moved to action seeing poor conditions around them, my contention would be with the notion of the ‘simply’, since there exists within almost all known societies influential narratives about helping, cooperation, competition, betterment, advancements, improvements, experimentation, such that the moment of ‘realisation’ for our hypothetical individual could not but be inside ideative processes contingent upon already existing ideas/discourses/narratives. Secondly, action and thought are interrelated so that what we call activism and theory needs actually to be seen and practiced as mutually linked. Hence, a dismissal of theory from the realm of activism is misguided, while theory that does not concern itself with the world encountered ‘out there’ is indeed a lot of hot air.

Is that then the end of it? Yes and no. Yes, because for me theory is like the planning before a battle, while activism is the actual battle. That, were the issue merely this, would indeed be the end of it since almost all Muslims, I think, can appreciate such a typology at a time when they have an overwhelming sense of being under siege. The reason it is not the end is because I suspect the discontinuity between theory and activism also exists because of theoretical discourses’ tendency to use language that seems designed to alienate, intimidate, and bewilder the average reader. Whether this is part of its design or merely an unintentional result, it is sadly true of a lot theory. For this reason I want to propose a way of understanding my work and that of many others, as well as one of the functional tasks of websites like www.islam21c.com and www.khayal.info.

As opposed to thinking of a hierarchical pyramid, which is the dominant (and often resented) image regarding academia and theory – that is, that it comes down from on top – I suggest thinking of a web like structure, which I am going to call the ‘middle people system’. In a healthy and active community or society there is a constant traffic of ideas; for example, scientist à government à national curriculum boards à science teachers à students. Other threads can go from mothers à researchers à product designers à manufacturers à consumers. In a denser sense, ideas that may be difficult for some may prove for others (owing to their training) easier to grasp; they then will convey these in their writings to others, who in turn will in other modes (discussions/lectures/stories) convey them to others, ad infinitum. In the ‘middle people system’ though, no one person or group ought, necessarily, remain fixed. That same person for whom a certain idea proved easier to grasp may, for some other topic or speciality, need others to act as ‘middle people’ in order to comprehend information. To understand the movement of information in this way we must also see each other as continuously in flux and involved with each other dialogically. Obvious though this may seem, it does contain a more radical proposition. As well as appreciating each other as ‘middle people’ for varying chains of ideational transmission, we must also appreciate the fact there are innumerous sites of knowledge production and that therefore we must value the knowledge produced outside universities, scientific institutions, governments etc. Sunita Narain makes this point for India for example, when she says that environmentalist in the subcontinent would do well by going and learning from villages on how they are preserving resources like water rather than mapping or merely tweaking notions formulated in LSE and Harvard.4 To see then individuals and communities as potential sources of knowledge is also part of the middle people system. Hence, the toughness of theoretical language and the hierarchical imagery that often determines our response to theory ought to be re-imagined and websites like www.islam21c.com and www.khayal.info seen as part of a web in which ideas are on the move.

Personally then, I write so as to move the ideas with which I have come into contact and forward them as potentially interesting for what they suggest about the world and how they contribute to strategising change. As such, others and I are part of an echo – my second metaphor – whereby we pick up ideas and theorise tactics for individual and social transformation. It is the job of readers to engage as well as they can the ideas laid out in individual pieces and join the echo effect by carrying them forward still, till perhaps they reach individuals/groups who utilise them in the actual “battle”/in some form of activism. For the echo to be stronger and louder we need

1. More writers.
2. More talk and discussion about the ideas presented in different texts and their usefulness/adaptability for social change.
3. More students to tailor what they have learnt and present it for the benefit of social activism.
4. Lectures in which speakers actively engage with ideas found in certain texts; quoting them directly, referencing them, and encouraging their listeners to read and interact with a text, debating its value with friends.
5. Organisations like FOSIS, LondonIsoc, Islamic Societies, MCB and other social activist bodies taking into consideration ideas and thoughts explored in different texts.

The ‘middle people system’ hopefully mitigates the tendency in popular imagination to see theory as the monopoly of a few and therefore the dismissal of theory as a counterpoint to the elitism of such a view. The echo in turn presents itself as a methodological understanding of the role of writings that are theoretical and ideational and of the way in which they ought to function – not as isolated instances of some sort of (if ever) “genius” but as something to be tussled with and propelled forward. The impasse therefore between activism and theory is somewhat bridged, and I, hopefully, vindicated for what I do, hullabaloo though it may be.