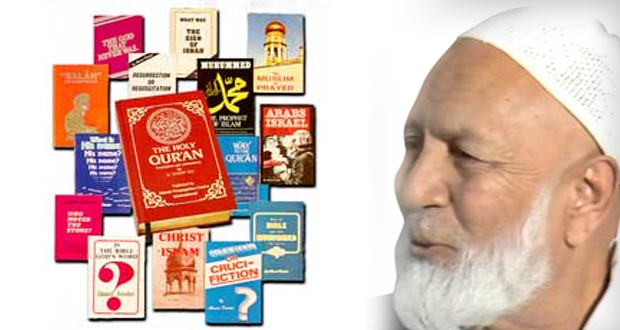 O you who believe! Khamr (all kinds of alcoholic drinks), gambling, Al­-Ansaab, and Al­-Azlaam (arrows for seeking luck or decision) are abominations of Shaitaan’s (Satan) handiwork. So avoid (strictly all) that (abomination) in order that you may be successful.

Phillis Wheatley was a slave, born in West Africa in 1753 and transported to Boston at the age of eight. There she was bought by John and Susanna Wheatley and received, through their daughter Mary, an eclectic education.1 What the education allowed her was a way to record her voice and she eventually became a published poet. Phillis’ work demonstrates an imagination caught up (understandably) in the topography of the Atlantic slave triangle and ruminating over the complex experiences bound up with Africa, America, and latter in her life, Britain. Such complexity notwithstanding however, one of Phillis’ poems – On being brought from Africa to America – concerns me here. It is a poem that, perhaps unsurprisingly, illustrates the extent to which her intellectual landscape is colonised by the images and ideas of the dominant colonial narratives. It is unsurprising because the popular understanding of slavery is one of complete subjugation – both physical and psychological. Yet historic records also show considerable bravery amongst slaves in their revolts, their stratagems for disrupting daily work and so on.2 This “other” side of slaves highlights an important detail and that is the need to divide slavery from colonisation. The former is emblemised by chains and whips and as such focalises the body – subjugating “it”, controlling “it”, violating “it” and in the end, being able to kill “it”. Colonisation on the other hand functions more subtly (but no less coercively) and aims to control the psychological and intellectual world of the colonised. Such a distinction – heuristic to a degree – helps frame Phillis’ work as one not merely that of a slave afforded the opportunity to record her voice, but of a colonised voice which echoes that of the slave owners and the colonisers more generally. So it is ‘mercy’ she says that

brought me from my Pagan land,
Taught my benighted soul to understand
That there’s a God, that there’s a saviour too:
Once I redemption neither sought nor knew.
Some view our sable race with scornful eye,
‘Their colour is a diabolical die.’
Remember, Christians, Negroes, as black as Cain,
May be refin’d, and join th’ angelic train.3

The inclusion of a direct quote – ‘Their colour is a diabolical die’ – intrudes upon the poem and divides the voice and the consciousness that has produced it. Phillis’ voice is not an adulterated and pure projection of thought, but one that is heavily circumscribed by authorising discourses and narratives that have already reached inside her and shaped her mind. As such Phillis is not only subjugated in terms of her body but also in terms of the cognisance of her sense of her self.

Almost two hundred years later Maya Angelou, the celebrated African-American poet and writer, wrote a poem called Still I Rise. Conscious of the tortured history of her race, Angelou’s poem stands as a direct contrast to that of Phillis’ not only for the challenges it makes to a dominating “other” (including the racist, the segregationist, and the slave owners of the past) but for the sheer confidence it exudes. So she begins brazenly with a proposition that though ‘you may write me down in history with your twisted bitter lies’ like dust, she says, still she will rise. This refrain of rising not only captures that sense of defiance of someone who is placed at the bottom of a hierarchy and who rebels against it, but a sense of ethereality that captures a sense of beauty, of being celestial, and of being unbounded. When placed against On being brought from Africa to America, Still I Rise emerges as not only confident in its presentation or content but as born from a confidence that precedes the text. This element of confidence is a necessary component for decolonising the mind, an effort much more difficult than physical liberation.

In 1954 the psychologist Kenneth Clark conducted an experiment using two sets of dolls – one black and one white – and asked young black children which they preferred. The majority, unsurprisingly for the time, chose the white dolls. Just over fifty years later, a 16 year old High School student conducted the same test and found little had changed. Kiri Davis asked her sample questions such as which doll looks bad, and in one case the child pointed to the black doll. {quotes}Asked why it looked bad, the girl answered ‘because it’s black’. Asked why she thought the white doll was nice, the girl said ‘because she’s white’.{/quotes}
Then, asked to hold up the doll that looks most like her, the girl hesitated and finally picked up the black doll.4 Davis’ film shocked America and showed that the issue of freedom and equality cannot be measured purely in structural terms of law or institutional inclusion – both of which are extremely important, but which must be sought in tandem with efforts to imbibe confidence in the minority communities themselves.

‘I am ready to concede’, writes Fanon in The Wretched of the Earth, ‘that on the plane of factual being the past existence of an Aztec civilisation does not change anything very much in the diet of the Mexican peasant today’. Yet, he goes on to say, the search to discover beyond the ‘misery of today, beyond self-contempt, resignation, and abjuration, some very beautiful and splendid era whose existence rehabilitates us both in regard to ourselves and in regard to others’ is a means to empowerment.5 What Fanon the psychiatrist sees are displaced subjectivities borne of centuries of subjugation through slavery and colonisation and that exist in the world as shadows – sometimes docile and apathetic, at other times violently frustrated and self-destructive. He avers therefore that the first step in the right direction is a building of confidence within such subjectivities so as to “rehabilitate” them into a sense of agency whence they can begin to alter the direction of their lives.

Confidence emerges therefore as a necessary catalyst for change. However, this confidence must not be one formulated on the basis of mere rhetoric but ground itself in deliberated scholarship and a critical vocabulary that does not simply supply us with platitudes and lock us within a mode of mere praising personalities and episodes of the past. Confidence must come from a self-reflexiveness which itself requires a considerable investment in – to borrow a phrase from Paulo Freire – the pedagogy of the oppressed. As such what we do not need is merely a month dedicated to black or world history but a curriculum that takes a global vision from day one. What we need are Arabic speakers to work alongside native English speakers and other language speakers to translate key works from Muslim intellectual history. What we need are accessible critical analyses of those primary texts – from Ibn Taymiyya to Ibn Rushd – and work to be done in transposing these to other mediums such as audio and documentary film making. Confidence is not merely an act put on for the benefit of others and through whose recognition we affirm ‘we are confident’, but an intuitive sense garnered through knowledge and manifested through self-determination.

Hence as a Muslim population here in Britain the task is one that is collective and not individual. Fanon was right in that to restore agency back to historically displaced subjectivities one needed to imbue in them a degree of confidence, but this process (as he too recognised) could not be placed merely at the door of the individual. Instead such a program of rehabilitation as he advocated must perforce be one that is collective. To transpose this insight to our present: what we need are Muslim businessmen and philanthropists to invest in our schools and colleges; for our schools and colleges to be more discriminatory in hiring the right kinds of people; in being bolder to produce schemes of work that seek to instil confidence through knowledge in their students. What we need is for Muslims publishers to commission works for translation; for Muslim scholars and intellectuals to make accessible such primary works in the shape of secondary material. What we need is for graduates of film and documentaries to work in tandem with such scholars and intellectuals to transpose such textual material into visual and audio mediums and for Muslim media to pick up these works and popularise them. What we need are young people to take charge of bookshops and coffee shops and transform these spaces into cultural and intellectual zones of fermentation; to index books and articles and to offer these spaces as venues for debates, presentations, and documentary film viewings. We need wealthy patrons from the Muslim world to invest in such “social-reform-through-pedagogy” programs. We need our mimbars to begin a more considered and semi-systematised process of message transmission, and above all, we need to give importance to the need to build confidence back into our Muslim populations.

It is in this context that I have been thinking of Ahmed Deedat recently. Watching him one feels a sense of honour and respect, which, paradoxically, highlights also the degree to which one feels downtrodden, since the feeling of triumphalism that fills you when watching his energetic debates is also a reflection of the extent to which one harbours a sense of the demise of the ummah. Deedat’s approach has been criticised for being too confrontational, and though it is true that his brazenness was as worrying at times as it was entertaining, I think it would be fair to say that he was a product of his times. Yet what I wish to emphasise as crucial to appreciate across all his lectures is his unflinching commitment to rally confidence back into the ummah. The quote with which I preface this essay is one such example of Ahmed Deedat’s call for the decolonisation of Muslim minds. One verse he says has helped create the only society of teetotallers in the world and it has taken no threat of “chopping” off hands or heads. As such Deedat is imploring the Muslim to understand that it is faith in Allah and His Messenger that is our true strength. Loosing this means we loose that vantage point from which we can confidently and with humility critique the current hegemons and guide mankind back to a wholesome spirituality. Carrying on he admits that ‘we have black sheep among us’ and as such alerts us to being confident and not over confident – that is, seeking a middle way which is not mired in a blind triumphalism, ignorant of the problems that assail us, but one that is equally not weighted down by a pessimism that translates into defeatism.

Ahmed Deedat is amongst the few speakers whom I have heard that walked this tightrope well and echoed consistently the message of confidence every time he spoke. He admonished the Muslims for not working harder and being more proud of the light that Allah (swt) had given them. At the same time he equipped the Muslims of his day with ways in which to tackle the challenges they faced (foremost amongst which was the challenge of Christian Missionaries) and part of that process was transmitting to them an air of confidence crucial for decolonising the mind.

In the end it is important to remember, for all those who operate in the Muslim public sphere and beyond – if our voices like Phillis Wheatley are not unadulterated and pure projections of “our” thoughts, then it is the job of those speaking to consciously instill positive messages into Muslim discourse so as to engender the average Muslim with a confidence and pride that help him or her rally for this great religion of ours and uphold its truths.

Previous: The Unique Literary Form of the Qur’an
Next: Integration: Part One, Deconstructing Integration