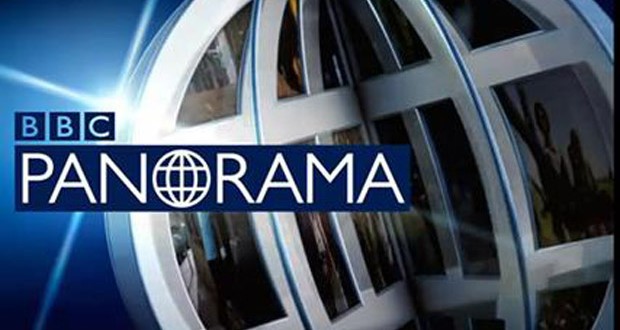 Thank You, Mr Ware. And Sorry.

Panorama’s episode aired on BBC on Monday 22nd of November 2010 entitled ‘British schools, Islamic rules’ was unfair, biased, irresponsible and factually inaccurate1. That the report was presented by John Ware comes as no surprise to the Muslim community. While raising concerns about segregation, the program did nothing to increase cohesion, reduce the causes of segregation or lessen mistrust between communities. Rather it achieved the contrary, and would have had three effects:

While the program censured the promotion of hate, Mr Ware and the producers of Panorama have contributed to even more hate against Muslims. By sheer numbers alone there are more non-Muslims in Britain who may ‘hate’ Muslims than vice-vera. A 2008 Pew survey found that 1 in 4 Britons is already hostile to Muslims2, thanks in no small part to biased media commentators and certain journalists. Surely this cannot be an achievement to be proud of, nor can the kudos that Mr Ware is likely to have received from the English Defence League, extremist Zionist organisations, or others who may have an anti-Muslim and Islamophobic agenda3. Nor can it be to the credit of a journalist to be seen to antagonise an entire religious community of over 2 million, and to be perceived by them to be biased against them. At a time when the far-right and anti-Muslim xenophobia is growing in Europe, the program attempted to further turn public opinion against the Muslim community by misrepresenting Islamic teaching. It must be appreciated that as Muslims we revere and honour every word of the Quran and we cannot be separated from our scripture. Muslim’s see an attack on Islam’s teachings as an attack on them.

Despite the above, we take encouragement from what God tells us in the Quran:

“You will surely be tested in your possessions and in yourselves. And you will surely hear from those who were given the Scripture before you and from those who associate others with Allah much abuse. But if you are patient and fear Allah – indeed, that is of the matters [worthy] of determination.” (Quran 3:186)

We believe that this world is a testing ground for the hereafter, and challenges like these strengthen Muslims more, for they only confirm what we read and believe. For this, we owe thanks to Mr Ware, for his obviously biased report has galvanised support for many awareness campaigns4, which aims to give more people an opportunity to learn about Islam, and for more people to appreciate the beauty of the faith held in over a billion hearts worldwide and by the hundreds accepting Islam in Britain. Hundreds, perhaps thousands, more Britons may unfortunately be turned to greater prejudice by what they saw on Panorama. But if as a result of our campaign in response to Panorama even one person gets a better, unprejudiced understanding of Islam, and sees through the tabloid sensationalism, it would be worth the effort. And there will be many, many who will.

While Mr Ware and his sources thrive on picking out anything that can be construed as negative – even if by way of misrepresentation and mistranslation – in an ocean of good, we have in ourselves the ability to seek out the potential good in the sea of adversity that Europe is fast becoming for Muslims. While he seeks to sensationalise single sentences in entire volumes of ethical teachings to turn people against Islam, many in Britain will have the sense of justice to see the overwhelming good in what they read and to put things in perspective.

Programmes like this week’s Panorama will make us even more determined to sincerely reach out to fellow Britons and share with them the spiritual message, the mercy, the charity, the altruism, the morals and ethics and justice that Islam teaches. Above all, the program will have triggered a campaign that we hope will lead to even more in Britain to know about their God, His book and the teachings of the Prophet Muhammed (peace be upon him) that bring one an inner peace and contentment. Thank you Mr Ware for having helped bring this about.

To those who may hate Islam and Muslims, we say look beyond the media with its John Wares and investigate Islam without bias. To the Muslims who may be angry or act irrationally, we say, be patient, and turn this smear into an opportunity to speak to your friend, your neighbour your colleague, and sincerely hope for his or her welfare, and share the good that you have. For the Muslims who feels further vilified and victimised, we say find strength in your faith and your link with Allah, and think of Allah’s wisdom in what happens around you.

Perhaps this ongoing witch-hunt will pursue Muslims from their mosques to their schools and into their homes – as in an Orwellian anti-Muslim thought police. But it will only make us stronger, and more determined to convey to people what Islam is truly about. And if, Mr Ware, you think that we will be browbeaten, that we will withdraw into a corner, that we will apologise for our faith, you will be disappointed, because, God willing, we will not. Sorry.

1.Twenty-two minutes into the program, the Saudi ‘informer’ mistranslates a sentence from a book, claiming it says, “the Jews look like monkeys and pigs”. The Arabic text is clear in the program and translates, “and the people of the Sabbath amongst them were punished by being turned into monkeys and pigs,” a reference to three groups of Israelites, where those that violated the Sabbath were punished, but those that admonished them were rewarded by Allah.