#STAND4UYGHURS
Home / Politics / General / The Hypocrites of our Community 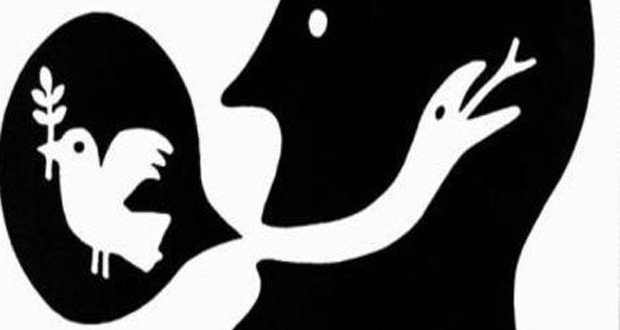 The Hypocrites of our Community

Islamic history records numerous examples of hypocrites whose main aim has been to destroy Islam from within, making them more dangerous than the disbelievers who overtly wage war against Islam. The harm caused makes them deserving of the worst type of punishment in the hellfire as Allah says,

“Verily, the hypocrites will be in the lowest depths (grade) of the Fire; no helper will you find for them.[1]

These days we see many Muslims who act exactly as the hypocrites during the Prophet’s era did; they are extremely active in attempting to undermine both Islam and the Muslims whenever they can. Furthermore, in acting as mouthpieces for the enemies of Islam they easily disregard Islamic traditions of the Prophet (peace be upon him). It is, with such an approach, that they see no good in Muslims but instead manage to find every negative trait they can. Correspondingly, they do not see anything appalling about non-Muslims regarding secularists and atheists as perfect. It is in this light that they judge, when Muslims commit a crime, they are awfully evil and the community at large is failing. When a non-Muslim commits a crime, then it is an isolated incident and there should be no such stereotyping. When the Qur’an asserts that all other religions are erroneous and that both the truth and the correct path to God is only to be found with Islam, either the faith is intolerant, or, ‘radical’ clerics have provided a medieval interpretation of the religion. When western democratic countries believe any system other than democracy is backward and evil and thus should be revolutionised, then this is their right to do so. According to such thought processes, it is lunacy to deem homosexuality a crime against humanity yet it is good judgment and tolerance to accept men in a homosexual relationship adopting a child and depriving him/her of the kindness and feminine qualities of a mother that a man can never satisfy. It is extremism to believe that Palestinians have the right to defend themselves, even if it means sacrificing their lives, yet it is not extremism to believe that western troops have the right to kill others in order to promote their fraudulent ideology.

There are amongst us ‘brothers’ and ‘sisters’ who claim they are good Muslims yet a simple contemplation of the following verse suggests otherwise,

“And you see those in whose hearts there is a disease (of hypocrisy), they hurry to their friendship, saying: “We fear lest some misfortune of a disaster may befall us.” Perhaps Allah may bring a victory or a decision according to His Will. Then they will become regretful for what they have been keeping as a secret in themselves. And those who believe will say: “Are these the men (hypocrites) who swore their strongest oaths by Allah that they were with you (Muslims)?” All that they did has been in vain (because of their hypocrisy) and they have become the losers.”[2]

It seems to have slipped the minds of such hypocrites that death can never be cheated, and that every soul shall be resurrected helplessly before the Lord of the universe. What helps a person at such a stark juncture? Will the fact that he or she criticised and mocked the law of the Lord assist them? Will those who agreed, applauding in approval of his/her vain speech, prevent him/her from being thrown into fire of Hell? Allah the Most High says in the Qur’an,

“The Mujrim, (criminal, sinner, disbeliever, etc.) would desire to ransom himself from the punishment of that Day by his children. And his wife and his brother, and his kindred who sheltered him, and all that are in the earth, so that it might save him. By no means! Verily, it will be the Fire of Hell! Taking away (burning completely) the head skin!”[3]

Will such individuals be happy to be dipped in the Fire for even a few moments?

I caution those Muslims who side against their communities in this way that they may end up regretting their actions in a wretched abode. I would like to advise them to abandon this attitude and repent to Allah before they breathe their last breath and complain that none from the world advised them.