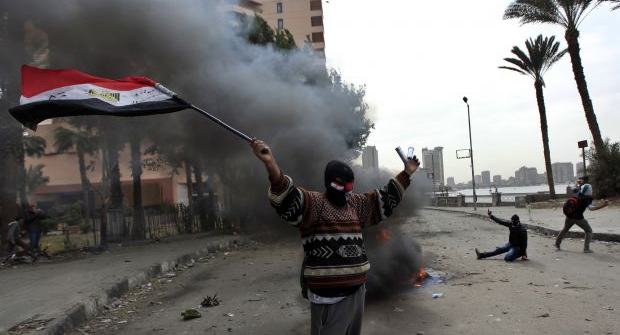 Anyone who has visited Egypt will have come into contact with the overt Egyptian populace, they are renowned even in the Arab world for their strength of expression and manner of speech. But for decades this population has bowed to subjugation on many fronts of life. Praising the autocratic president is mandated, religious compromise and reserved contact with foreigners are from amongst other enforcements. The situation is similar to tying up and gagging a child to stop them from misbehaving, an utter disgrace.

The Egyptians have endured such a position throughout history dating all the way back to the ancient kings and pharaohs. But the young population of Egypt are not willing to follow such a humble stance. Most of the youth have little hope for their future and yearn to travel elsewhere for a better life, and with the ousting of President Zine el-Abidine Ben Ali from Tunisia, the possibility of major change in Egypt is their new-found noble cause.

After days of protests in several Egyptian cities, involving tens of thousands of protesters, President Hosni Mubarak has decided that he would like to stay in power but is willing to change the members of his cabinet. Is the population of Egypt going to be fooled? The answer is no. The truth is that the National Democratic Party of Egypt is not the problem, nor is it the President and his friends, rather it is the ideology that has been established to contain the population similar to many other governments in the world today. This is why Egypt is not the first nor the last to take action towards a revolution, we have examples from all over the globe, in addition to countless examples throughout history.

The way that Allah (exhalted be He) has always decreed major change in society is outlined in the Qur’an,

“Indeed Allaah will not change the condition of a people until they change what is in themselves.[1]”

This implies that the overall condition of a nation is dependent on the actions and intentions of the individuals that make up the nation[2].

The scene in many cities today in Egypt is a joyous scene of men, women, and children displaying their hope for change through action. What they are after is not democracy or specific western values; rather they want freedom from the ideological beast that they have endured. Freedom from this beast is a necessity for one to practise their religion, and the protection and practise of Islam must be the greatest aim of all Muslims and is indeed the purpose that this world was created. It is this freedom that must be sought and any such stance is nothing but praiseworthy.

Islam21c requests all the readers of this article, and others, to share it on your facebook, twitter, and other platforms to further spread our efforts.
[1]  Surah Ar-Ra’d 13:11
[2] See the explanation of Ibn Kathir and other exegesis’.
Share. Facebook Twitter LinkedIn Email Telegram WhatsApp
Previous ArticleLooting the Holy Land
Next Article Egypt: A Nation in Waiting