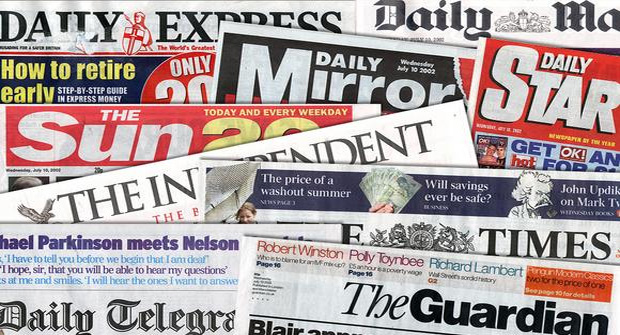 The incredulous debate about Shari’ah and its implementation in Britain followed the release of a number of reports that have concluded that many Muslims would like to see Shari’ah implemented in the UK. I would like to draw the attention of all Muslims and non-Muslims to a few issues concerning this topic.

From the onset it should be understood that Shari’ah in its general form is synonymous to Islam. Once this is understood, we can realise that there are many parts of Shari’ah i.e., Islam, that have already been implemented in the UK. Furthermore, in terms of recognition, it is also common knowledge that Sharia compliant financial institutions have been recognised by the Financial Services Authority (FSA).

It should be made clear that Muslims are not asking for all of the aspects of Shari’ah to be implemented in the UK (as it is not an Islamic state) but that Muslim personal law be embedded or integrated within the national legal framework. In addition to this, we only expect shari’ah to be applied to proceedings in which Muslims opt for an Islamic solution to their disputes. In other words, this is no more than a system of arbitration which is an extremely beneficial method of dissolving disputes among Muslims whilst alleviating the burden that these respective disputes have on judicial institutions such as public courts.

It should be emphasised that it is an essential part of a Muslim’s code of conduct to refer all disputes to the Qur’an, the teachings of the Prophet Muhammad and the legacy of Muslim scholars. It is not accepted of any Muslim, who, having the capability to do so then chooses not to. Allah The Most High states in the Quran, ‘It is not for a believer, man or woman, when Allah and His Messenger have decreed a matter, that they should have any option in their decision. And whoever disobeys Allah and His Messenger, he has indeed strayed in a plain error.’ [33:36] To that extent, we find that Allah states, ‘And whosoever does not judge by what Allah has revealed, such are the disbelievers (i.e., disbelievers of a lesser degree as they do not act upon Allah’s laws).’ [5:44] And ‘Have you not seen those (Hypocrites) who claim that they believe in that which has been sent down, and that which was sent down before you, and they wish to go for judgement (in their disputes) to the taghut (false judges) while they have been ordered to reject them. But the devil wishes to lead them far astray. And when it is said to the “come to what Allah has sent down and the Messenger”, you see the Hypocrites turn away from you with aversion.’ [4:60-61]. Accordingly, scholars have agreed that it is an act of disbelief to refuse to refer to Shari’ah (Islam) while being able to do so. Therefore, supporting the call to have Muslim personal law recognized by the British judicial system is in itself an Islamic obligation and a basis of faith.

The act of opting for the Shari’ah is so ingrained in Muslim culture that it is clearly manifested even in Muslims who observe only the mildest of Islamic practices, yet turn to the Shari’ah in matters of divorce, khula’ (divorce by abdication), and inheritance. For example, a woman who has received an uncertain irrevocable divorce from her husband does not accept her return unless the permission of a reputable Imam is granted, thus, we would like to emphasise that the recognition of Islamic personal law by the British Judicial system is mainly going to improve the welfare of Muslim women in the UK. At the Islamic Shari’ah Council, we have encountered many women who are left in a state of limbo for years without being able to remarry as they could not obtain a divorce. It is a simple fact that Muslims do not and will not practically accept marriage dissolution by any non-Islamic judicial body, thus, the presence of Islamic bodies that judge in such matters and end the suffering of these women is an integral part of the welfare of any society. Social cohesion can only be achieved when the essential social needs of all aspects of society are fulfilled in a way in which no harm is caused to others. Therefore it is reasonable to see that many non-Muslim intellectuals such as Dr Rowan Williams, the Archbishop of Canterbury, have recognised this need, whereas some Muslims have aligned with many other non-Muslims in the prejudice and extremism currently displayed, exaggerating claims without fully comprehending the issue at hand.

The criticism that the implementation of shari’ah in the UK fuels the notion of separatism is extremely contradictory. Muslims are not asking for a complete Islamic system to run alongside British law, but rather that the British judicial system accommodate minor changes in specific Acts. There have already been a number of changes in some of these Acts to accommodate Jewish, Hindu and Sikh personal law. Additionally, we must accept that there are already a number of laws incorporated into British law which have already effectively been drawn for shari’ah. Examples include Halal meat and food which requires alternative regulations (to that of British law) for slaughtering and processing afterwards. It also requires specific arrangements in regards to catering for Muslims in schools and universities. There were some difficulties encountered to accommodate this essential need for Muslims, yet once overcome the result was an effective system which facilitated the integration of Muslims and overall wellbeing and satisfaction. We should remember that Jews also have their own system of producing kosher meat, and thus the facilitation of ease for religious minorities makes the British legal system superior to many other non-Islamic legal systems.

The row that took place in reaction to comments made by Dr Rowan Williams uncovered the stark reality of many western values. It was shocking to see the amount of criticism made against the Archbishop, where ironically Muslims are usually accused of intolerance when criticising the defamation of their prophet and religion. Another fallacy which has been revealed is that many members of Britain’s ‘liberal’ society are at heart right-wing radicals who hold in contempt any peaceful and civilised call for acceptance, although it is usually claimed that Muslims attempt to impose their views on others. Yet contradictorily, we notice that many of these same individuals pay no mind to the illegal British and American invasion and occupation of foreign countries while shedding the innocent blood of its population and destroying its infrastructure in order to enforce their own version of ‘shari’ah’.

In the spirit of cooperation we ask all individuals and organisations who are in favour of retaining family values, facilitating minority rights and wellbeing to support our call.