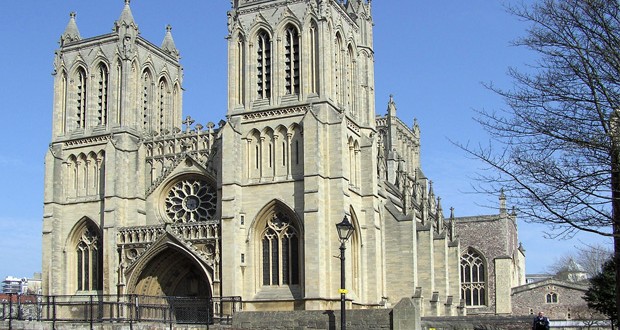 Christianity has billions of followers around the world (1 billion in fact are Roman Catholic), and it can be true to assume each Christian may have a slight variation in matters regarding their religion. Some preach love, some preach happiness. However, recently, the Pope in another attempt of provocation attempted to further irritate Muslims by publicly baptising a former ‘Muslim’ which was kept secret until just before the Easter vigil Mass. Currently, the Vatican is attempting to repair relations with Muslims, so why make such a statement? Mr Islam Magdi Allam, the convert to Roman Catholicism could easily have been baptised in any one of the many churches across Rome, but the fact that he is a staunch advocate for Zionism (referred to by Israel as a ‘Muslim zionist’) and writes about Islam stating that‘… the root of evil is innate in an Islam that is physiologically violent and historically conflictual,’ surely has something to do with it.

The Vatican responded to growing questions from the media stating that they did not intend to provoke Muslims across the globe. Well if not, what other explanation could there be? Evidently, Islam is the fastest growing religion in the world, a fact that generally must worry clergymen and politicians alike. Possible reasons for Allam’s papal baptism are those of supposed ‘religious freedom’ – the Vatican’s explicit disapproval of Islam’s treatment of apostates, the Vatican’s support for Israel and the growing tide of sentiment against Roman Catholicism and consequently the growing converts to Islam. Allam in reality is unimportant, an Italian writer of Egyptian origin, however, the symbolism his conversion carried must have been assumed to be great by the Vatican.

Of course, the da’wah (call) to tawheed (Islamic monotheism) will almost certainly be unhindered by the Vatican’s vain attempts to keep hold of fellow Catholics. It seems that the Vatican as with most other religious establishments have not truly understood the strength and certainty of our call (to Islam). Converts to Islam from all over the world have always maintained that conversion to Islam was always postponed or overlooked due to the wrong information about Islam being disseminated. Once the truth was known, conversion was imminent. Conversely, every ‘apostate’ I have either heard of, come across, or read about always seemed to convert for non-theological reasons, or lacking and inconsistent beliefs about Islam. For instance, Allam converted to Catholicism due to conflicts which took place during Islam’s 1400 year old history – yet did he not consider the Catholic Church’s brutal, violent and oppressive attitude towards non-Christians (and often Christians from other denomination)? The brutality of the Church only began to wane due to the process of secularisation and the decline in Church authority.

Allam in all of his writings and interviews has clearly shown his ignorance in regards to theology, history and politics, and at most times clearly indicating that his conversion was either a result of his Zionistic tendencies, or his rejection of military force (although he contradicts himself with his support for Israel). In all of the interviews regarding his conversion (although his being Muslim formerly is questionable), never once does he manage to provide a clear theological argument as to why Catholicism is theologically correct and Islam consequently wrong. As is the case with most Christian’s, his motives are political, as was the Vatican’s.

The Vatican has always been at the forefront of politics, to the extent that many critics claim the Vatican is more of a political body than religious. Many Protestant theologians have also highlighted that the Vatican’s concern for the numbers of church goers is purely economical, to the extent that commonly it is held that you can be forgiven of your sins ‘by reciting fifty ‘Hail Mary’s’ and donating twenty pounds to the church’. Even when the Vatican actually does manage to address theology, the masses are fed philosophical nonsense, to the extent that Catholics are reprimanded from questioning key theological matters and are told the essence of Christ is ‘mystical’. Thus the multitudes have begun to leave irrational beliefs not contented with mere suggestions or theories of Christ; the truth requires that we delve deeply into scriptural reference and early Christian history to ascertain facts and unbiased conclusions. We must also analyse the steps taken by the early followers of Christ, such as the apostles and those that came after them.

Christianity has taken many turns since Jesus Christ walked the face of this earth. Christians claim he brought the Christian religion, even though he was called a Jew. He taught the torah and preached in the synagogue and the temple of Solomon. He observed the Passover as well as the Sabbath. He was circumcised according to the Jewish rites and claimed: “Think not that I am come to destroy the law, or the prophets: I am not come to destroy, but to fulfil.” (Matthew: 5:17)

The Romans were the first major Christian force. Throughout history, there are a plethora of examples of the Church utilising specific Biblical verses for the justification of wars, inquisitions, and violence against men who do not share the same creeds or tenets of faith (unbeknownst to Allam and other ‘converts’), let alone those of other religious persuasions. The same church now advocates peace and love, attempting to disassociate itself from 18 centuries of ensanguined history.

The saints of Christendom such as Augustine adopted platoic views along with many other secular Greek philosophers making their mark on the religion. The ‘champion of Christianity’ – Emperor Constantine, was known as the agent establishing Christianity as a firm authority in the 4th century A.D., however, it is not factually confirmed that he ever affirmed his faith as a Christian and some claim he died a pagan. Many turning points occurred in the history of Christianity, including the collection of approximately 100 different gospels which were in circulation, of which only four that echoed the Church’s innovated beliefs were chosen, as well as the Ecumenical councils in which fundamental decisions were made, such as the status of Christ and other aspects of the Bible. Many tenets were rejected and much innovation was accepted on the basis of consensus among the European Catholic scholars and leaders in the 4th century A.D.

The Bible went through the process of translation many times, originating from the Aramaic and Hebrew scriptures, into the Greek, then onto Latin, and finally into a number of modern languages, conclusive of the English language. Once translated into English, the bible came forth as different versions. Contemporary Christians contend the authenticity of their individual versions. Additionally, many people were killed or burnt in the name of heresy and apostasy during times of ‘purging’ such as the inquisition. Hundreds of millions of free and innocent people were enslaved in a brutal fashion from Africa, using Christianity as an excuse for atrocious acts.

Contemporarily, Hollywood’s portrayal of Christianity has been one of which merges religion and fantasy. They commonly produce a movie depicting the ‘hero figure’ as a white westerner, often a Christian, and the ‘villain figure’ a non-Christian and usually from a different ethnic group. Such scenes are projected across televisions and cinema screens in a bid to ‘Americanise’ us with a process of globalisation. It is unfortunate that many Christians actually acquire major parts of their religion through this medium. The result is the merger between Christian doctrine and racial/cultural thought, thus every person believing in an exclusive divergence based on their own ignorant understanding.

Religious experience has a defining role within Christian thought, in the sense that the common man has come to depend on religious experience and feeling, due to the lack of theological knowledge and understanding. As well as this, many people have exceeded class boundaries and have come to be more learned through educational institutions, and thus the lack of rationality in scripture causes people to rely on experience. Another major contributing factor is the spirit of ‘secularisation’. The masses have moved away from the communal sense of religion and made it more individualistic. Many new denominations were created in order to satisfy religious differences, and Christianity took a step away from its original fundamentals in order to satisfy the rising secular demands.

But was this, and is this, the whole point of Christianity? To what degree is Christianity practised and understood as it was preached by Jesus (upon him be peace)? There are many aspects of the life of Jesus that are acted upon which are based on scriptural and traditional literature as well as the assumptions and interpolations. The person of Jesus (and not his belief and understanding) seems to be the de facto agent within contemporary belief, and early Christian history is related from a biased standpoint, favouring the trinitarianists. However, to get a holistic view, we must analyse it from a neutral viewpoint. Let us look at who Jesus was, where he came from what he taught, compared to contemporary views, and the fact of how Christianity changed over the first seven centuries.

In order to look at Christianity, we have to evaluate all aspects of the religion. It is impossible to understand such a subject by assuming its components are separate entities. The message of Jesus Christ cannot be separated from his works or actions, thus it is pertinent to evaluate how important the historical account of Jesus is, in the context of what he preached. From the way he ate and prayed, to his thoughts, perceptions and actions. Every aspect of his life is of importance in order to uncover the face of Jesus Christ from the mask we currently know. The New Testament claims to deliver all worthy information based on Jesus, yet Christians as well as critics cannot deny the existence of scriptural contradictions and interpolations. Contrary to popular belief, the gospel writers were not the apostles of Jesus Christ, so who were they and when did they write the gospels?

Christianity has been open to much criticism through the centuries on the account of its creeds, scripture, history, and interpretation, as well as many other things. Interpretation of scripture and tradition is vast, and the methodology can range. However, in order to effectively deduce the correct interpretation, we must look to the historical account of Jesus and examine the way he applied it into his daily actions. Only then can we come as close to objective interpretation as possible deduced from scripture and prophetic application. Once this has been achieved, we will see with corroborating evidence (from Christian sources) that aspects of Islam that Christians seem to disdain such as Jihad also in actual fact have a basis in Christianity.

If only apostates and converts to Christianity were privy to the facts, but then again Allah the Most High does indeed state, “And there are among them people who have no real knowledge of the divine writ, [following] only wishful beliefs and depending on nothing but conjecture.”1

2008-03-24
Ahmed Ali
Previous: A Call for Muslims to Support the Integration of Parts of Shari’ah into the British Judicial System
Next: Islam and the Problems of Modernity 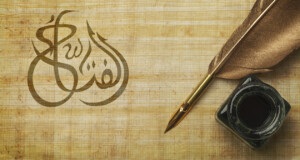 One God Many Names | Al-Fattāh (The Opener) 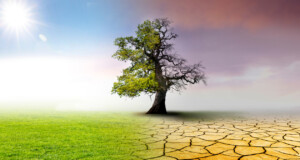 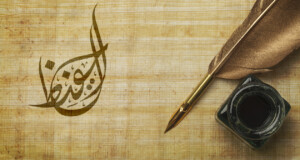 One God Many Names | Al-Hafīdh (The Ever Preserver)