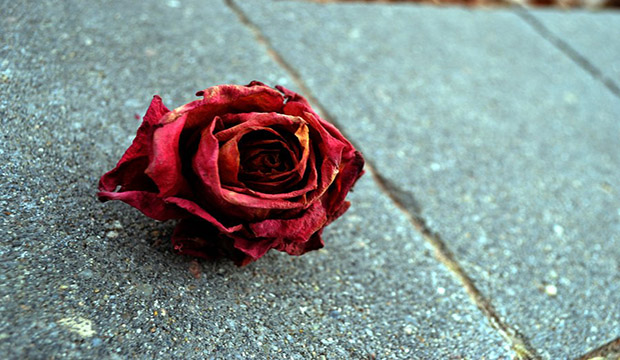 It is well known that the War on Terror waged by the United States and its allies led to aggression and injustice against countries, organizations, groups and individuals. Perhaps the worst example of this brutality against individuals was that meted out to our Muslim sister in Islam, Aafia Siddiqui and her three small children.

Aafia is a hafidhah of the Qur’an, a devoted mother and practising Muslim, who dedicated her life to spreading the religion of God and assisting fellow Muslims. It is believed that she was abducted at the behest of American intelligence from Pakistan, her home country along with her children in 2003, the youngest of whom was just six months old at that time. Aafia Siddiqui and her lawyers maintain that she was held in secret US detention and tortured and abused in this time, along with her children – a claim that is corroborated by former prisoners at Bagram. After five years of denying knowledge of her whereabouts, the US claims that she allegedly emerged in Afghanistan. She was shot by US soldiers and then tried and convicted despite the absence of any physical evidence against her and the conflicting testimonies presented during the trial. She now faces life in prison. Only one of her children has been released, while the whereabouts of the two youngest remain unknown. From the time she was transferred to the US to date she has been subject to humiliating and degrading strip and cavity searches in prison and is now being denied jail visits and communication with the outside world, including her immediate family.

Allah has enjoined upon the believers, in innumerable commandments, to support the believers who are being oppressed, irrespective of where they may be. Allah says in the Qur’an,
“The believers, men and women, are auliya (helpers, supporters, friends, protectors) of one another; they enjoin good and forbid from evil; they establish prayers, and give the zakat, and obey Allah and His Messenger. Allah will have His Mercy on them. Surely Allah is All-Mighty, All-Wise.”[1]
The Prophet (peace be upon him) said,
“A Muslim is a brother of another Muslim, so he should not oppress him, nor should he hand him over to an oppressor. Whoever fulfilled the needs of his brother, Allah will fulfil his needs; whoever brought his (Muslim) brother out of a discomfort, Allah will bring him out of the discomforts of the Day of Resurrection.”[2]
He (peace be upon him) also said,
“Whoever is present while a Muslim is humiliated before him, and is able to assist him [and yet does not], Allah will humiliate him before all of creation on the Day of Judgment.” And in another narration, “No man forsakes a Muslim when his rights are being violated or his honour is being belittled except that Allah will forsake him at a place in which he would love to have His help. And no man helps a Muslim at a time when his honour is being belittled or his rights violated except that Allah will help him at a place in which he loves to have His help.”

When we merely hear the plight of our sister, we should feel restless and tormented as the Prophet (peace be upon him) said, “The similitude of believers in regard to mutual love and affection is that of one body; when any limb of it aches, the whole body aches, because of sleeplessness and fever.”

In spite of this, the Muslim ummah, whose followers surpass that of any other world religion, have shamefully failed in our duty to defend this Muslim woman.
Obligation to aid in the emancipation of Muslim captives
Allah has admonished and reproached the believers for allowing the weak to remain under the clutches of the enemy and their torture. Allah says,
“And what is wrong with you that you fight not in the Cause of Allah, and for those weak, ill-treated and oppressed among men, women, and children, whose cry is: “Our Lord! Rescue us from this town whose people are oppressors; and raise for us from You one who will protect, and raise for us from You one who will help.””[3]

Explaining this verse, Imam Al-Qurtubi said, “Freeing the prisoners is obligatory on the Muslim, whether by war or wealth.” Imam Malik said, “It is obligatory on (Muslim) people to ransom the prisoners with all their wealth.” There is no difference of opinion among the scholars over this, since the Prophet (peace be upon him) said, “Free the prisoners.”[4] Our scholars say that ransoming prisoners is obligatory, even if not a single penny is left. Ibn Khuwaizimandad said, “This verse contains the obligations to free prisoners. There are reports from the Prophet (peace be upon him) to this effect: he freed prisoners and ordered them to be freed. This was practiced by Muslims throughout the ages and the scholars are unanimous about it. It is obligatory to free (Muslim) prisoners from the state’s treasury, and if the amount does not suffice, then it is obligatory upon all the Muslims to contribute. If one Muslim frees him, the others are absolved of this duty.”

An incident that shows the great concern for freeing Muslim captives is when the Caliph ‘Umar bin ‘Abdul Aziz (may Allah be pleased with him) sent ‘Abdul Rahman bin ‘Amrah to free some Muslim captives. He said, “Give them whatever they ask for every Muslim! By Allah, a Muslim is dearer to me than all the polytheists in my state! Indeed, you win any Muslim you pay the ransom for. Indeed you are buying Islam (by ensuring their release from prison and torture).”[5]
Ibn Taymiyyah said, “Freeing Muslim prisoners is one of the greatest obligations. Spending money from endowments (waqf) and other sources is one of the best deeds.”
Ibn Qudamah, may Allah have Mercy on him, said: “It is permissible for a Muslim to use his zakat to buy back a Muslim prisoner from the captivity of polytheists. This is because the emancipation of a Muslim captive is similar to emancipating someone from slavery, as well as it bringing glory to Islam. Spending zakah in this cause is like spending it to soften people’s hearts towards Islam, and since it is given to the prisoner to free himself from captivity it is like giving money to an indebted person for ridding himself of the debt.”

Therefore, it is obligatory upon every single Muslim, wherever they reside, to work, directly or indirectly, towards the release of the Muslim captives irrespective of wherever they may be. Any Muslim with the capability to aid others yet fails to do so will be sinful. Everyone is responsible according to their ability; the greatest responsibility lies with those in authority, followed by the scholars, and so on – although the failure of those who bear greater responsibility to act does not absolve individuals of their own individual responsibilities.If the captive is a Muslim woman, like our sister Aafia, the obligation becomes even greater, given the elevated status of women in Islam. The scholars of Islam are unanimous that a Muslim woman cannot be handed over to non-Muslims in any case. This Ummah has a glorious heritage of protecting Muslim women that we must endeavour to restore. Amongst the incidents narrated to this effect, is that of the honour of a believing woman attacked by members of the tribe of Quraydhah, and so, a believer fought to defend her until he was killed and an army was dispatched against the perpetrators.

As a nation, we have not fulfilled our obligation towards our sister, Aafia Siddiqui, as well as her children. We must exhaust every lawful means for her release and for the recovery of her children without fearing anyone but Allah. This may include, but is not limited to, direct involvement with organisations that work for this cause, donating money for it, raising awareness and actively speaking about her plight, writing in support of her and her family, and pressuring those governments complicit  in her ordeal to end this injustice.

The least that is enjoined upon us is to supplicate to Allah for her as well other Muslim prisoners, as supplication is the weapon of a Muslim; it is incumbent upon every believer to supplicate for them as if we were supplicating on behalf of ourselves and our families.
“O Allah, deliver our sister and her children from this humiliation and torture at the hands of those who do not believe in You.”

May Allah ease the affairs of our sister Aafia and hasten her release from captivity. May He break free her shackles and the shackles of all of our oppressed prisoners. May Allah give them the strength to deal with their ordeal. May Allah punish those who have oppressed our sister Aafia and continue to oppress her, may He defeat them and smite them, and may Allah forgive us for being negligent towards our Muslim brothers and sisters. May Allah unite the hearts of the Muslims and grant us victory over our oppressors.