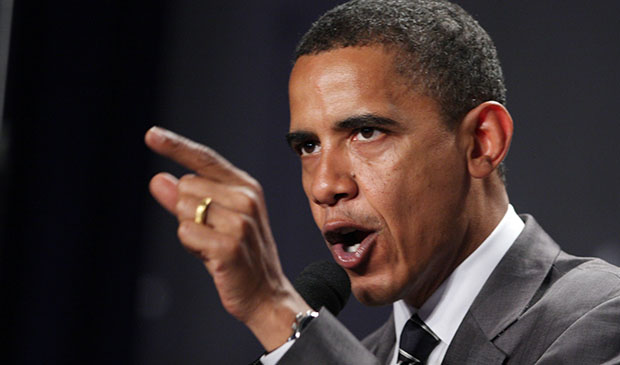 In 2001, Charles Krauthammer[1] first coined the phrase “Bush Doctrine”[2], which would later become associated most significantly with the legal anomaly known as pre-emptive strike. Understanding the doctrine with hindsight could lead to a further understanding of the legacy that the former administration left – the choice to place concerns of national security over even the most entrenched norms of due process and the rule of law. It is, indeed, this doctrine that united people across the world in their condemnation of Guantánamo Bay.

The ambitious desire to close Guantánamo hailed the coming of a new era, a feeling implicitly recognised by the Nobel peace prize that President Obama received.[3] Unfortunately, what we witnessed was a false dawn. The lawyers for the Guantánamo detainees with whom I am in touch in the US speak of their dismay as they prepare for Obama to do the one thing they never expected – to send the detainees back to the military commissions – a decision that will lose Obama all support he once had within the human rights community.

Worse still, a completely new trend has emerged that, in many ways, is more dangerous than the trends under Bush. Extrajudicial killings and targeted assassinations will soon become the main point of contention that Obama’s administration will need to justify. Although Bush was known for his support for such policies, the extensive use of drones under Obama have taken the death count well beyond anything that has been seen before.

Harold Koh, the legal adviser to the US state department[4], explained the justifications behind unmanned aerial vehicles (UAVs) when addressing the American Society of International Law’s annual meeting on 25 March 2010:

“tt is the considered view of this administration … that targeting practices, including lethal operations conducted with the use of unmanned aerial vehicles (UAVs), comply with all applicable law, including the laws of war … As recent events have shown, al-Qaida has not abandoned its intent to attack the United States, and indeed continues to attack us. Thus, in this ongoing armed conflict, the United States has the authority under international law, and the responsibility to its citizens, to use force, including lethal force, to defend itself, including by targeting persons such as high-level al Qaeda leaders who are planning attacks … [T]his administration has carefully reviewed the rules governing targeting operations to ensure that these operations are conducted consistently with law of war principles…

“Some have argued that the use of lethal force against specific individuals fails to provide adequate process and thus constitutes unlawful extrajudicial killing. But a state that is engaged in armed conflict or in legitimate self-defense is not required to provide targets with legal process before the state may use lethal force. Our procedures and practices for identifying lawful targets are extremely robust, and advanced technologies have helped to make our targeting even more precise. In my experience, the principles of distinction and proportionality that the United States applies are not just recited at meeting. They are implemented rigorously throughout the planning and execution of lethal operations to ensure that such operations are conducted in accordance with all applicable law.”

The legal justifications put forward by Koh are reminiscent of the arguments that were used by John Yoo and others in their bid[5] to lend legitimacy to unlawful practices such as rendition, arbitrary detention and torture. The main cause for concern from Koh’s statements is the implication that protective jurisdiction to which the US feels it is entitled in order to carry out operations anywhere in the world still continues under Obama. The laws of war do not allow for the targeting of individuals outside of the conflict zone, and yet we now find that extrajudicial killings are taking place in countries as far apart as Yemen, the Horn of Africa and Pakistan. From a legal and moral perspective, the rationale provided by the State Department is bankrupt and only reinforces the stereotype that the US has very little concern for its own principles.

Despite the legalities of what is being conducted, the actuality of extrajudicial killings, especially through UAVs is frightening. The recent revelations by WikiLeaks[6] on the killing of civilians by US Apache helicopters in Iraq has strongly highlighted the opportunities for misuse surrounding targeting from the air. In the Iraq case, there were soldiers who were supposed to be using the equipment to identify so-called combatants, and yet they still managed to catastrophically target the wrong people. This situation is made even worse in the case of UAVs, where the operators are far removed from the reality of the conflict and rely on digital images to see what is taking place on the ground.

Conservative estimates from thinktanks such as the New American Foundation[7] claim that civilian causalities from drone attacks are around one in three, although this figure is disputed by the Pakistani authorities. According to Pakistani official statistics, every month an average of 58 civilians were killed during 2009. Of the 44 Predator drone attacks that year, only five targets were correctly identified; the result was over 700 civilian casualties.

Regardless of the figures used, the case that extrajudicial killings are justified is extremely weak, and the number of civilian casualties is far too high to justify their continued use.

A further twist to the Obama Doctrine is the breaking of a taboo that the Bush administration balked at – the concept of treating US citizens outside of the US constitutional process. During the Bush era, the treatment of detainees such as John Walker Lindh, Yasser Hamdi and Jose Padilla showed reluctance by officials to treat their own nationals in the way it had all those of other nationalities (by, for instance, sending them to Guantánamo Bay and other secret prisons). The policy of discrimination reserved for US citizens showed that there was a line the US was not willing to cross.

At least, today, we can strike discrimination off the list of grievances against the current president. The National Security Council of the US has now given specific permission to the CIA to target certain US citizens as part of counter-terrorism operations. Specifically, Anwar al-Awlaki[8] has been singled out for such treatment, as it has been claimed that he was directly involved in the planning of the Major Hasan Nidal killings and the Christmas Day bomber attacks. Indeed, it is claims such as this that bring the entire concept of targeted assassinations into question. The US would like us to believe that we should simply trust that they have the relevant evidence and information to justify such a killing, without bringing the individual to account before a court.

The assumption that trust should be extended to a government that has involved itself in innumerable unlawful and unconscionable practices since the start of the war on terror is too much to ask. Whatever goodwill the US government had after 9/11 was destroyed by the way in which it prosecuted its wars. Further, the hope that came with the election of Barack Obama has faded as his policies have indicated nothing more than a reconfiguration of the basic tenet of the Bush Doctrine – that the US’s national security interests supersede any consideration of due process or the rule of law. The only difference – witness the rising civilian body count from drone attacks – being that Obama’s doctrine is even more deadly.