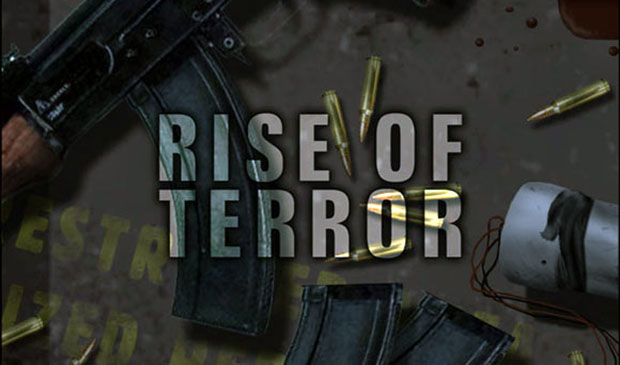 So the people of Britain have finally learned the true meaning of the word ‘terror’. For almost a decade, the government and the media have expended enormous efforts to attempt to teach us to be afraid, to have fear, to be terrorised. Widely publicised pre-dawn raids, hyperbolic statements of the threat to our way of life from senior political leaders and fabricated stories of dirty bombs, sleeper cells and shari’ah law have all been utilised as a means to foster a climate of fear among the British public. The message has been clear – be cautious, be vigilant and be afraid. Be very afraid. Fear al-Qaeda, fear Islamists, fear Muslims, fear a piece of cloth, fear some facial hair, fear Islam.

Fear, however, like many emotional states, cannot be artificially taught – it is a state of the mind and heart that can only be experienced. No matter how much one is brainwashed into fearing a human, an animal or even a way of life, that emotion remains artificial until one encounters the object of perceived fear and actually experiences for themselves that fear, that terror, if such indeed exists. It is for this reason that the British public have continued to live their everyday lives in almost full normality despite the constant attempts to stoke fear amongst them.

Today however, the people of Britain are experiencing terror on a scale they have not felt over the last decade, not even following the 7-7 attacks. This terror is not because of some Muslim bogeymen or some vague abstract theological rule of law, but because of actual violence and intimidation on their streets against them and their property. It is a terror that has left them in fear of their lives and their safety. A terror which has resulted in their properties being vandalized and firebombed, their cars destroyed and their sense of security annihilated. A terror which has left them imprisoned in their own homes fearing for their loved ones who may still be on the streets. A terror which is very real and tangible.

It is no surprise that while most Britons have remained trapped in their own homes over the last few nights petrified of leaving, many Muslims attending Ramadan night prayers at their mosques have courageously encountered rioters in their areas to defend their communities. For Muslims in Britain have been subjected to this type of terrorism for many years, and learned that turning the other cheek only results in a fully bruised face.

British Muslims experienced such terror a decade ago in Oldham, Burnley and Bradford when Far Right groups began rioting in Muslim areas, attacking Muslim homes and businesses, supported by a racist police force who behaved more like an invading army than an organisation established to defend the public. British Muslims continue to experience terror on a regular basis today at the hands of Far Right groups such as the English Defence League who for almost two years have terrorized the Muslims of Britain with the violent thuggery of their lawless mobs as they march into predominantly Muslim areas. On a monthly basis, hundreds of racist anti-Muslim criminals have stormed predominantly Muslim areas in Bradford, Luton, Leicester, Birmingham, Hull, Dagenham, Harrow, Dudley and elsewhere, during the course of which Muslims have been terrorized by their rhetoric and behaviour, with mosques, homes, and businesses often being targeted.

Between these marches, Muslims are coming under increasing attack with mosques being routinely targeted, often with worshippers inside them; imams have had bricks thrown at them, Muslim graveyards are being desecrated and Muslims themselves are coming under daily attack from those who openly affiliate themselves as belonging to the EDL. A few recent examples will suffice: On 31 July, a terrified Kurdish family in Plymouth were forced to barricade themselves inside a kebab shop as a mob tried to force themselves in while shouting racist abuse and chanting “EDL, EDL”, having already fired a glass in which smashed on the counter. Earlier in the month, a 71 year old Muslim man was attacked outside a mosque in Kilmarnock leaving him with serious facial injuries. In June, EDL members set upon two Muslim brothers near an Islamic centre in Dagenham. The most serious incidents that have taken place this year have been arson attacks. Two buildings earmarked to be converted into a mosque and a Muslim-run community centre were completely destroyed after being set on fire; and another mosque in Sussex only escaped serious damage because firefighters promptly arrived at the scene. In May the EDL posted a link to a list of mosques in the UK on its Facebook page. A number of members subsequently wrote messages expressing a wish to destroy them, including ‘burn them all’ and ‘burn them all down’. Other attacks which have taken place include sending suspicious packages initially thought to be anthrax, throwing pig’s heads at mosques and firebomb threats.

Throughout all of this, there is a sense that the police have done very little to protect the Muslim community. While Muslims were being terrorised by EDL mobs in Luton last February, the Prime Minister was in Munich delivering a speech attacking multiculturalism which was applauded by the Far Right. When the leader of the EDL was given airtime by the state broadcaster in the wake of the recent Norway terror attacks to publicize his opinions that such an attack could take place in the UK in the near future if the EDL were not listened to, the besieged feeling increased significantly. We were afraid, we were being terrorised, and nobody was ready to defend us. Apart from a few voices of sympathy, not even the general public have been prepared to acknowledge the extent of the problem with the rioting against Muslims being seen as a ‘Muslim problem’, rather than a societal problem.

Today, the nation is treating such rioting as a British problem and seeking practical solutions to the issue. Fear is turning into anger as calls increase for the police to use more force against rioters, including rubber bullets and water cannons, with even some appealing for the armed forces to take control of the streets. This is an understandable reaction to those whose sense of safety and security has been completely shattered and who wish to regain some sort of control amidst the anarchy. They wish to defend themselves against the terror being inflicted upon them. It is a similar sentiment that British Muslims have been feeling for many years when faced with such riots in their localities. Ironically, it is now members of the Muslim community, the focal point of hatred and propaganda for so many years, who are patrolling the streets of Britain to protect innocent British lives against the real terrorism threat they are facing.