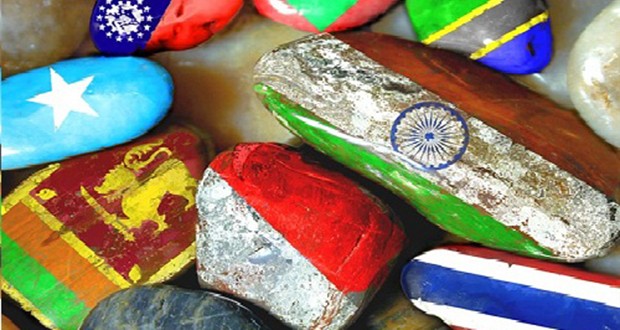 That the Country is not the Foundation of the Ummah

Now Brotherhood has been cut to shreds
That in the stead of Community
The country has been given pride of place
In men’s allegiance and constructive work;
The Country is the darling of their hearts,
And wide Humanity is whittled down
Into dismembered tribes. Men thought to find
Paradise in that miserable abode[i]
Of ruin where they made the peoples dwell.
This tree has banished heaven from the world
And borne for fruit the bitterness of war;
Humanity is but a legend, man
Become a stranger to his fellow-man.
The spirit has departed from the flesh,
Only the seven disjointed limbs remain;
Vanished is humankind;  there but abide
The disunited nations. Politics
Dethroned religion; this tree first struck root
Within a Western garden, and the tale
Of Christianity was all rolled up,
The radiance of the Churches’ lantern dimmed;
Pope powerless and baffled, from his hand
The counters scattered; Jesus’ followers
Spurning the Church; debased the coinage
Of the True Cross’s law. When atheism
First rent religion’s garment, there arrived
That Satan’s messenger, the Florentine[ii]
Who worshipped falsehood, whose collyrium
Shattered the sight of men. He wrote a scroll
For Princes, and so scattered in our clay
The seed of conflict; his fell genius
Decamped to darkness, and his swordlike pen
Struck Truth asunder. Carving images
Like Azar was his trade; his fertile mind[iii]
Conceived a new design; his novel faith
Proclaimed the state the only worshipful;
His thoughts the ignoble turned to praiseworthy.
So when the feet of this adorable
He kissed, the touchstone that he introduced
To test the truth was Gain. His doctrine caused
Falsehood to flourish; plotting stratagems
Became an art. A sad and sorry end
Attended the regime which he devised,
The calthrop  which he scattered on the road
Of the advancing days. Dark night he wrapped
About the people’s eyes; deception called,
In his vocabulary, expediency.

Notes: From ‘The Mysteries of Selflessness’, by Muhammed Iqbal, translation and notes by Professor A.J. Arberry .pp32-33. John Murray (publishers), London 1953.
Sources:www.islam21c.com
Islam21c requests all the readers of this article, and others, to share it on your facebook, twitter, and other platforms to further spread our efforts.
[i] The reference is to Quran 14:33-34
[ii] Iqbal has in mind Machiavelli [and specifically, his work, The Prince]
[iii] Azar, the father of Ibrahim, was an idolater. See Quran vi:74
2012-05-04
Muhammed Iqbal
Previous: The Green Deen
Next: Campus Wars – Israel Supporters Want to Rewrite Islam