The Allusive Aspects of the Anders Breivik Case 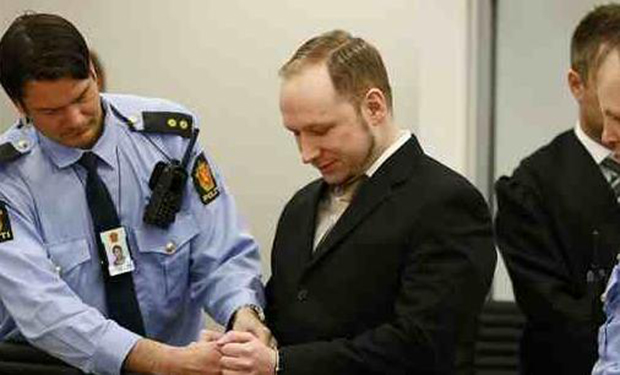 Anders Breivik, a Norwegian mass murderer and Christian terrorist, has been found guilty after his murderous rampage on 22 July 2011 when he bombed government buildings (killing eight) and separately shot 69 people, mostly teenagers. The heinous act included more victims than 7/7, with most of those killed children.

Breivik has been described as insane, a far-right militant, a madman, and by some as having misplaced patriotism. Yet, the key ideas that led to the attack are often, and rather conveniently, overlooked by the media. While his Islamophobic sentiment has been clear, his support of Zionism is usually suppressed, most probably in order to politically distance him from the nefarious ideology that supports anti-Muslim campaigns. Take the idea of Eurabia, an Islamophobic conspiracy theory formulated by Gisèle Littman a Jewish Egyptian known both for her vitriolic writings against peaceful European Muslims and normative Zionist interpretations of historical events. The link between Islamophobia and Zionism has been exposed by a number of commentators, including Rosenburg at Al Jazeera.[1] A number of Muslim organisations have been subjected to abuse by right wing Zionist think tanks such as EDL, Harry’s Place, and Quilliam Foundation. Recently, they have targeted the Islamia Village event held by Islamic Network – “The campaign had intensified at the beginning of the week, whereby such groups had threatened to cause violence…Threats of burning down the venue with the people in it have also been made publicly by some supporters of this campaign.”[2] (Emphasis mine)

Many of the threats of physical violence have come from groups such as the English Defence League, those whom Breivik claims he had contact with. Breivik claims to have a strong relationship with senior EDL members and attended an EDL demonstration in Bradford. Paul Ray, an EDL member ‘who fled the UK for fear of arrest in 2008 over internet postings allegedly inciting racial hatred, this week conceded that he may have been the inspiration for the Norwegian mass murderer.’[3] How is it then that the EDL is allowed to exist after having inspired the mass murder of (mostly) children and now threatening to murder British Muslims?

Other issues that have been noticeably missing from the reporting are the religious claims made by Breivik where they have either been glossed over or painted to seem silly. While I acknowledge that modern Christianity rejects such violence, the media has not seemed as eager to subject Christians to the same rhetoric they usually do Muslims. Why weren’t the 7/7 bombers described as four deluded individuals who insanely believed the way to change foreign policy would be to kill scores of people travelling by public transport? Instead the four 7/7 bombers were religious ideologues representative of the sentiments of millions of British Muslims, yet Breivik remains the patriotic maniac, whilst those who share his sentiment of Christian resistance to the unfounded Muslim conspiracy are left to continue with murder.

The Norwegian court accepted that many people share Breivik’s conspiracy theory about Muslims, including the Eurabia theory, yet across Europe (including the UK) anti-Muslim sentiment is on the rise. The acceptability of targeting Muslims has reached unprecedented levels with the French niqab ban and David Cameron’s Munich speech vilifying all those who do not share his ideas as being extremists, albeit non-violent. This horrible demonization of a faith group that has nothing to do with immigration, race, culture or ethnicity must be resisted by the sound minded people of Britain and Europe – conflict prevention is invariably better than conflict resolution.