REMEMBERING SREBRENICA
Home / Analysis / What is happening in Syria? 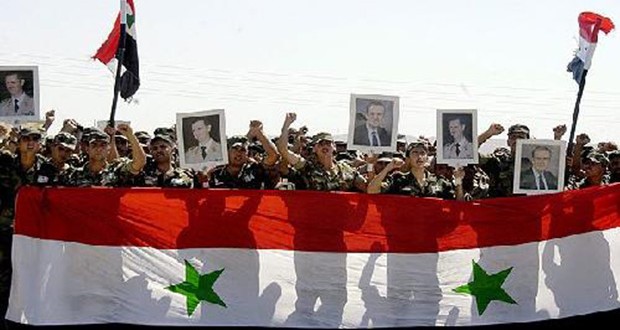 What is happening in Syria?

The Arab springs that ignited two years ago led to major positive changes occurring in most Arab states. Given that to be the case, many are left wondering why the Syrian revolution is taking so long in achieving its main goal – getting rid of one of the most tyrannical regimes in the world.

There are number of possible reasons, such as a lack of adequate support from all Syrians including top army commanders; lack of support from the international community who have refrained from the proactive stance they demonstrated with Libya; the endless support offered to the regime by Russia and Iran.  While Iranian support for the Asad regime is centred on ideological and strategic interests, Russia’s support is slightly different. Clearly, Russia feels that its final strategic and economic presence in the Middle East is via Syria.

The Iranian regime considers the conflict in Syria a matter of life and death. The end of the nusairi regime is the beginning of the end of the Iranian revolution and its associated Shi’ite political ideology. It will also herald the collapse of Hizbullah in Lebanon. It will be a big hit to the (Iranian backed) Shi’ite in Iraq and will bolster the resistance of the Arabs of Ahwaz against Iranian occupation of their territory.

From another perspective, the end of a successful Syrian revolution will be a great threat for Israel as the Syrian regime is one of the secret allies and protectors of the Zionist state. Along with Egypt, Syria is a land that evokes a very strong sense of unity for the Ummah, given that historically, it was one the main reasons for the end of the Crusader occupation of Palestine and the holy sanctuary, al-Masjid al-Aqsa, in the 12th Century.

The United States, the main supporter of the Israeli Zionist state is monitoring events in Syria worried that it will fall into the ‘wrong’ hands. For the US and Europe, the wrong hands are not necessarily those of the ‘jihadists’ but any Muslim who refuses to surrender to American imperialism and may, in the future, challenge the Zionist state.

The US has a choice to make – it can hope for Bashar al-Assad to crush his people, or, support the people against the brutal regime which can very possibly put power into the ‘wrong’ hands, that is, the so called Islamists who shall take over the country. It seems that the US, who does not care about anything, let alone life, except for the sake of its own interests, does not mind the murder spree of the nusairi regime where it seems adamant to kill half of the Syrian population and destroy the entire country, and will sit idly calculating whose are the ‘right’ hands that will safeguard Israel.

Moreover, the US does not see the end of the Iranian regime as favourable, whether ideologically or strategic. The end of Iran shall mean the rise of Sunnis in the Middle East which goes against the interests of the US.

The situation is becoming increasingly complicated with no one state able to take control. Antakya, the main district on the border between Syria and Turkey is becoming like Peshawar at the time of the Afghan Jihad against the Russians.  In fact, the US prefers the Yugoslavian solution[1] where the west supported all parties in a way that none were able to win the war. Once all of the Yugoslavian factions weakened, the west managed to easily impose its agenda.

So where are the Arabs in all of this? It is true that some Arab and Muslim countries are keen to see the Syrian cause come to a close, but they cannot take initiative unless the US shows the green light. Turkey, the most qualified Muslim country that may change the balance of the conflict in favour of the revolution has some glass widows they would like to protect. The Kurds are a major threat to the stability of Turkey and many Kurds are puppets in the hands of the US. It also has a considerable population of  Alawites/nusairi in its southern parts that may cause significant disturbance.

What will the future look like? The main banner raised by the Syrian revolutionary groups, and individuals, from the very first day was, “we have no one other than you, O Allah.”  If that is the case, then Syrians should actualise this in all of their matters abandoning any hope of any power except the power of Allah. They have to be vigilant not to allow their revolution to be hijacked by the US and the west either directly or by proxy. They should also be united as Allah says,

“And obey Allah and His Messenger, and do not dispute and [thus] lose courage and [then] your strength would depart; and be patient. Indeed, Allah is with the patient.”[2]

It has been mentioned that the US is trying to support certain parties against others in order to cause fitnah and disunity between them. The Syrians must be careful of those who have a hidden agenda. At the end, we need to make it clear that we are putting our trust in Allah,

“And [remember, O Muhammad], when those who disbelieved plotted against you to restrain you or kill you or evict you [from Makkah]. But they plan, and Allah plans. And Allah is the best of planners.”[3]

It is has to be said that the enemies of al-Islam whether in the US, West or Israel should understand that the Ummah is waking up after a deep sleep and so the rules of the game are different now. Muslims are no longer an easy meal and cannot be fooled as they used to be. Despite what Muslims in Syria have been through, they have managed to brush themselves off and stand up for their deen and their dignity.

Notes:
Sources:www.islam21c.com
Islam21c requests all the readers of this article, and others, to share it on your facebook, twitter, and other platforms to further spread our efforts.
[1] Syrian conflict similar to Bosnia, says Clinton: http://www.independent.co.uk/news/world/politics/syrian-conflict-similar-to-bosnia-says-clinton-7811638.html
[2] Quran 8:46
[3] Quran 8:30
2012-09-17
Shaikh (Dr) Haitham Al-Haddad
Previous: Write for Islam21c
Next: The Coherence of al-Baqarah