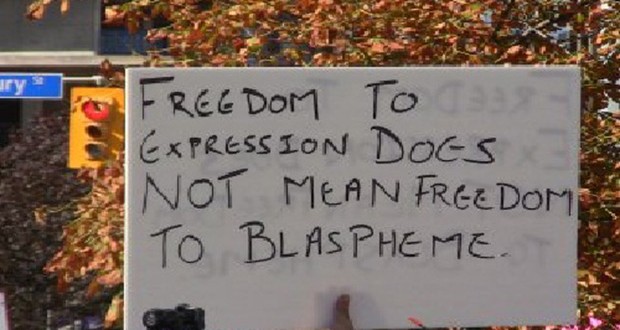 Feigning Innocence: The Politics of Demonization

On 16 October 1946, Julius Streicher was Hanged by an International Military Tribunal at Nuremberg after being convicted for crimes against humanity. Streicher was not a member of the Nazi military and did not take part in the planning of the Holocaust or the invasion of any country. He was the publisher of a tabloid newspaper, Der Stürmer, which for 22 years denounced Jews in the most crude, vicious, and vivid ways. Despite its Increasing popularity, the newspaper was even condemned by many Nazi leaders at the time and Streicher was brought before the German courts on several occasions.

Despite Der Stürmer not being an official arm of the Nazi government, Streicher’s pivotal role in inciting Loathing and Hatred of Jews was significant enough to include Considered Major War Criminals before him in the indictment of the International Military Tribunal at Nuremberg. In essence, the prosecutors took the line that Streicher’s incendiary speeches and articles made ​​him an accessory to murder, and therefor as Culpable as those who actually ordered the mass extermination of the Jews.

The world said, “Never Again.” Never Again to genocide, Never Again, to ethnic cleansing, concentration camps to Never Again, Never Again to the systematic demonization of the “other” which inevitably led to the atrocities of the Holocaust. Yet, almost 90 years after it was first published Der Stürmer, the world Appears to be suffering from a bout of collective amnesia. In recent years, the rising tide of anti-Muslim hysteria has drowned out all voices of reason and reminders from history. Camouflaged in the rhetoric of the anti-terror, counter-extremism, and freedom of speech, the rank Hatred and Loathing of Muslims and Islam has become the acceptable face of racism today, as exemplified by the recent condemnations of the demonstrations in the Muslim world against the virulently inflammatory and Islamophobic film, The Innocence of Muslims.

The film, produced by an Egyptian Coptic Christian Nakoula Basseley Nakoula, Islamophobic and is graphically portrays the Prophet Muhammad (pbuh) as a fool, a philanderer, a womanizer, a homosexual, a child abuser and a religious fake (nastaghfir-allah). His followers are portrayed in the film as savage killers hungry for wealth and bent on killing women and children. The film draughty in mass demonstrations throughout the Muslim world and attacks on diplomatic missions in several countries resulting in several deaths. Reminiscent of the Rushdie fatwa over two decades ago, a Pakistani minister placed a $ 100,000 bounty on Nakoula’s head, going as far as to publicly request assistance from the Taliban and al-Qaeda to kill him.

Critics of the demonstrations present themselves as the proponents of absolute free speech and argue that Muslims should not be offended by criticism of their religion. One of their more crass arguments is that the production is so shoddy and substandard Themselves above that Muslims should carry it. This belittles the actual sentiment behind the Insults which should be judged according the to their content and the intention of the offender and not the insult may or may not be articulate how. In fact, from its first issue, Der Stürmer was also directed to that common denominator Made Easy Hitler thought that the proper target of propaganda. Heinz Preiss, a young scholar who attached himself to Streicher after 1933, becoming his court historian, accurately described Streicher’s intent,

Since he wanted to capture the masses, he had to write in a way that the masses could understand, in a style that was simple and easy to comprehend. He had recognized that the way to achieve the greatest effect on an audience was through simple sentences. Writing had to adopt the style of speaking if it were to have a similar effect. Streicher wrote in the Stürmer … The worker who talked the way he came home late at night from the factory was neither willing nor able to read intellectual treatises. He was, however, willing to read What interested him and what he could not understand. Streicher therefor took the content from the daily life and the style from the speech. He gave plenty of sunshine the Stürmer its style, a style which many intellectuals could not understand, but which was nothing but the product of his own Fundamentally Gained experience over the years.

As with the demonization of Muslims today, Streicher Regularly published cartoons and stories about Jewish involvement in cases of alleged sexual criminality, murder and intolerance endlessly repeated with the same allegations. Innocence of Muslims must be seen in this context – What has become the latest in a regular and routine in the media attack on Muslims, Islam and the Prophet of Islam (pbuh), designed not to stimulate intellectual debate and understanding but simply to Incite Hatred against the followers of Islam. From Rushdie’s Satanic Verses, to the Danish cartoons to the anti-Muslim Qur’an burnings and the daily sensationalist headlines and op-eds, the freedom being sought is not one to criticize or to express oneself but one to insult and abuse.

The writer, producer and distributor of the film, Nakoula Basseley Nakoula, is an Egyptian-born Coptic Christian based in the U.S. who originally identified himself as an Israeli-Jew, using the pseudonym “Sam Bacile,” and said that he collected $5 million from Jewish friends to fund the movie. The alleged Bacile told the Wall Street Journal that he made ​​the film to expose “Islam as a hateful religion” and also described Islam as a “cancer.” It is quite clear that not just Nakoula deliberately intended to stoke up hate against Muslims but by Identifying himself as an Israeli Jew, was Determined to exploit existing divisions between Muslims and Jews.

It is not Muslim “intolerance” that the world should be condemning today but Western tolerance of those who only seek to abuse, insult and demonise and thereby foster the climate which facilitates genocide. The reaction from the Muslim world is a reasonable and understandable one. In Retrospect, nobody would dare criticize rioted against the Jewish communities in the 1930s publications such as Der Stürmer if they had the ultimate effect was that it would have prevented the Holocaust, even if those riots led to the loss of scores of innocent lives. The current reaction stems from a lack of confidence in the leadership of the Muslim world against such abuse to take any meaningful action, leaving it to the mob to seek vigilante justice in whatever form it can. In the West, the Authorities and the courts will protect what they hold to be sacred from abuse through similar injunctions and prosecutions and so the public anger and feeling is appeased.

A few examples will suffice. In the same week as the Muslims have been condemned for not tolerating free speech, Azhar Ahmed, a Muslim teenager in Britain was convicted of sending a “grossly offensive communication” after posting a message on his Facebook page that “all soldiers should die and go to hell. “He Sentencing awaits you for the comments which the judge described as” derogatory, disrespectful and inflammatory. “Meanwhile in France, a French court banned from re-publishing or distributing photographs Closer magazine in France of the Duchess of Cambridge, Princess Kate, topless sunbathing. The injunction was granted at the same time that another French magazine Charlie Hebdo published a new series of cartoons mocking the Prophet Muhammad (pbuh) for no other reason than to insult and offend Muslims.

When Muslims complained, they were told that freedom of expression was a fundamental right. In September 2011, the British fashion designer John Galliano was convicted for making “public Insults based on origin, religious affiliation, race or ethnicity” after making anti-Semitic comments in public. On the same note, Holocaust denial remains a crime in several European countries. In September 2010, the Advertising Standards Agency in the UK ice cream company banned from using an advert displaying a pregnant moment’s eating ice cream in a church, together with the strap line “immaculately conceived.” The ASA said that the advert “was not likely to be seen as a distortion and mockery of the beliefs of Roman Catholics “and” not likely to cause serious offense to readers, particularly those who practiced the Roman Catholic faith. “The ASA banned another advert for the same company (Antonio Federici) in July 2009 Showed that a priest and a nun appearing as if they were about to kiss.

The War on Terror has seen several Muslims in the UK and U.S., such as the Ahmed Faraz and Tarek Mehanna, sentenced to lengthy spells in the maximum Security Prisons for no greater offences than publishing books and articles critical of Western foreign policy and promoting the political and military aspects of Islam. No freedom of expression for these young Muslims.

In contrast, there is no such procedure in the Muslim world or to protect the sensitivities of Muslims in the Western world, thereby leading to the type of angry demonstrations that we are witnessing. One can predict that were no systems in place to address public anger in the West about the public holds Insults to sacred things, there would be similar large scale demonstrations, and These would not be limited to elements of the far right. Muslims are denied such protection. They are insulted and abused, mocked and ridiculed, ostracized and told to get over it and demonised. Until such time as the Governments of the world are prepared to offer similar protection to Muslims as it does to others, they should not expect such angry reaction from the masses. “Never Again” should not be hollow rhetoric but state policy, and for all communities.

Notes:
Sources:www.islam21c.com
Islam21c requests all the readers of this article, and others, to share it on your facebook, twitter, and other platforms to further spread our efforts.
2012-10-03
Ahmed Ali
Previous: Submit an Article
Next: Read the Script: Babar & Co. Verdict