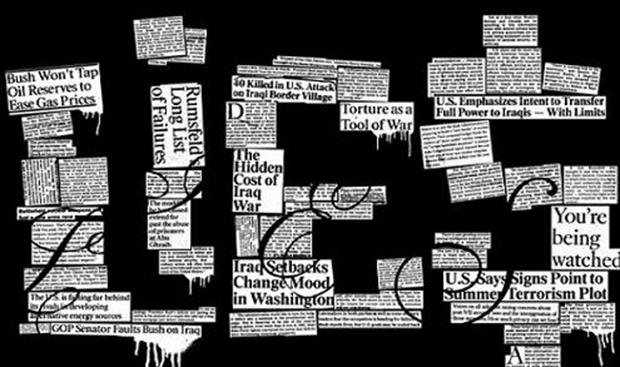 As Israel continues to pound Gaza, the Palestinian death toll of the latest round of violence has crossed the 100 mark. Thus far, the American media has given Israeli officials and spokespersons a free pass to shape the narrative of this conflict with falsehoods. Here are the top 5 lies the media doesn’t challenge about the crisis in Gaza:

1. Israel Was Forced to Respond to Rockets to Defend Its Citizens

CNN, like many other American outlets, chose to begin the story of the latest round of violence in Gaza on November 10th, when 4 Israeli soldiers were wounded by Palestinian fire, and the IDF “retaliated” by killing several Palestinians. But just two days before, a 13 year old Palestinian boy was killed in an Israeli military incursion into Gaza (among other fatalities in preceding days). Is there any reason why those couldn’t be the starting point of the “cycle of violence”? The bias was even more blatant in 2008/09, when Israel’s massive assault on Gaza (which killed 1400+ Palestinians) was cast as self-defense, even though it was acknowledged inpassing that Israel was the party that broke the ceasefire agreement in place at the time. Are the Palestinians not entitled to self-defense? And if indiscriminate Palestinian rocket fire is not an acceptable response to Israeli violence (which it absolutely isn’t), how can indiscriminate Israeli bombings of Gaza ever be acceptable? And why is the broader context, the fact that Gaza remains under Israeli blockade and military control, overlooked?

It must be aggravating for Israel’s propagandists when high-ranking political officials slip and get off the sanitized/approved message for public consumption. Yesterday, Israeli Interior Minister Eli Yishai said the “goal of the operation is to send Gaza back to the Middle Ages.” Not to be outdone, Gilad Sharon, son of former Israeli prime minister Ariel Sharon, said “we need to flatten entire neighborhoods in Gaza. Flatten all of Gaza.” If you’re thinking this is just rhetoric, consider the fact that, according to Amnesty International, Israel “flattened… busy neighborhoods” into “moonscapes” during its last major assault on Gaza in 2008/09. And it wasn’t just human rights organizations that were exposing Israeli war crimes in Gaza, but Israeli soldiers whose conscience could not bear to remain silent about the atrocities they had committed were also coming forward.

If, for some odd reason, you cannot decide whether it is official Israeli spokespersons or soldiers of conscience and human rights investigators who are telling the truth, consider this question: If Hamas has only managed to kill 3 people despite being bent on killing civilians with thousands of indiscriminate rockets, how has Israel managed to kill several dozen Palestinian civilians when it is using sophisticated precision weapons to avoid civilian casualties? In just one Israeli attack yesterday, Israel killed more Palestinian civilians in a matter of minutes than the total number of all Israeliskilled by rocket fire from Gaza over the last 3 years. The truth is exposed by the utter disregard for civilian life we see in practice, reaffirmed by testimonies and investigative evidence.

3. This Is About Security

If Israel’s main objective were indeed to end the rocket fire from Gaza, all it had to do was accept the truce offered by the Palestinian factions before the Jabari assassination. And if the blockade of Gaza was just about keeping weapons from coming in, why are Palestinian exports from Gaza not allowed out? Why were food items ever restricted? The truth is, this isn’t about security; it’s about punishing the population of Gaza for domestic Israeli political consumption. When Gilad Sharon recommended the decimation of Gaza, he justified it by saying “the residents of Gaza are not innocent, they elected Hamas.” Sharon may find this posturing to be rewarding in some circles, but it’s actually the very same logic used by terrorists to attack civilians in democracies. Are Israeli civilians considered legitimate targets of violence because they elected right wing Israeli leaders who commit atrocities against the Palestinians? Of course not, and only a broken moral compass can keep this principle from consistently applying to Palestinian civilians as well.

4. Hamas Is the Problem

Between their religious right-wing domestic agenda, and their refusal to renounce violence against civilians, I’m most certainly no fan of Hamas. But whenever you hear Israel try to scapegoat Hamas for the crisis in Gaza, there are two things to consider. First, Hamas hasn’t only showed preparedness to have a truce with Israel if Israel ended its attacks on Gaza, but has also suggested (though with mixed signals) that it is open to a two-state solution. Second, and more importantly, Hamas didn’t come to power until 2006/07. Between 1993 and 2006 (13 years), Israel had the more moderate, peaceful, and pliant Palestinian authority (which recognizes Israel and renounces violence) to deal with as a partner for peace. What did Israel do? Did it make peace? Or did it continue to occupy Palestinian land, violate Palestinian rights, and usurp Palestinian resources? What strengthened Hamas and other extremists in Palestine is precisely the moderates’ failure to secure any Palestinian rights through cooperation and negotiations. The truth is entirely inverted here: it is Israel’s escalating violations of Palestinian rights which strengthen the extremists.

5. There is a Military Solution to this Conflict

This is not the first time, and probably not the last, that Israel has engaged in a military campaign to pummel its opponents into submission. But are we any closer to ending this conflict today after decades of violence? The answer is a resounding no. After the 2006 war in Lebanon, Hezbollah emerged stronger. After the 2009 war on Gaza, Hamas remained in power and maintained possession of thousands of rockets. Israel’s military superiority, while indeed impressive (thanks to $30 billion in U.S. military aid this decade), is not stronger than the Palestinian will to live in dignity. The way to end the firing of rockets in the short term is to agree to a truce and end the blockade of Gaza. The way to resolve the entire conflict in the long term is to end Israel’s illegal occupation of Palestinian lands and allow the Palestinians to exercise their right to self-determination. We’re probably close to a ceasefire agreement to end this round of violence. The real challenge is ending the Israeli occupation for long-term peace and security for Israelis and Palestinians.
Notes: this article has been sourced from http://www.huffingtonpost.com/omar-baddar/5-lies-the-media-keeps-re_b_2160239.html
Sources:www.islam21c.com