Who will stand with Britain’s Untouchables? 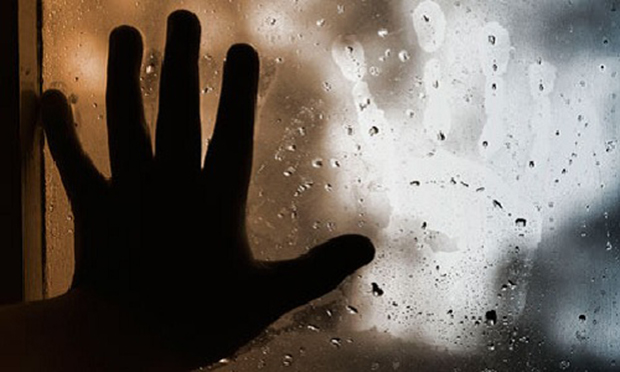 Once a man from Kufa came to Hudhaifah bin al-Yaman and asking him about his life as a companion of the Prophet Muhammad (s). Hudhaifah replied, ‘By Allah, we struggled hard.’ The man responded, ‘By Allah, if we lived at that time, we would never have allowed the Prophet (s) to walk on the ground and would have lifted him on our shoulders.’ Hudhaifah replied, ‘If only you had seen us with the Messenger of Allah (s) on the night of the Battle of Ahzab in the storm of wind and cold.’

As Muslims living in the West in the 21st century, we often fantasize about how glorious it would have been to live at the time of the Prophet Muhammad (s) and among his companions. We like to think, like the man from Kufa, that we would have been the best of believers and struggled day and night sacrificing our wealth, our families, our reputations and our lives for the sake of protecting the Prophet (s) and the Muslims. We often overlook the immense hardship and tribulations the companions actually went through in the process, when to disobey a command of the Prophet (s) was not a matter of a difference of opinion but the difference between Iman and kufr.
The persecution of the early Muslims by the pagan chiefs of Makkah took numerous forms including the organisation of a complete social and economic boycott which lasted three years. The target of the boycott was not just the Prophet Muhammad (s) and his followers but of the entire Banu Hashim and Banu Abdul Muttalib clans, whose chiefs and notables, primarily Abu Talib, had been providing protection to him, despite their own disbelief in his message.
The decree declared that nobody should buy or sell with these two clans; no caravan coming from abroad was permitted to deal with them; there was to be no intermarrying with them; nobody was allowed give a gift to them, bring them food, or enter their homes. Ultimately, there was to be no socialising with the Muslims or their protectors – nobody was permitted to talk to them, sit with them or visit them. They were to be treated as Untouchables.
The objectives of the boycott were twofold; firstly, to dehumanise the tribes. Social activities such as visiting their homes would allow other tribes to view the horrifying effects of the economic sanctions – to hear the cries of starving babies, to see the anguish of helpless mothers and to feel the pain of an embattled community. For if their misery was to be witnessed, natural human emotions would be aroused to alleviate their suffering and end the boycott. Only by blinding their eyes to the plight of the Banu Hashim and Banu ‘Abdul Muttalib, could the conscience of the other tribes remain at peace. Secondly, it was to serve as a warning to non-Muslim sympathisers and protectors, such as Abu Talib, that they too would be punished and suffer due to their association with and assistance to Muhammad (s) and the Untouchables. In other words, they too would become contaminated.

It was a full three years before the boycott ended due to Allah’s mercy and then the courage of a handful of individuals who dared to break the sanctions. The question each of us must ask ourselves is that had we been living in Makkah at that time, would we have had the fortitude to live in such conditions with faith firmly rooted in our hearts and if we were not members of these two clans, would we have had the bravery to break the sanctions and stand for social justice with the oppressed?

Fortunately, Allah, out of His infinite mercy and perhaps to test the sincerity of the believers, provides every generation with opportunities to replicate the deeds of the companions of the Prophet (s). In Britain today, there also exists a section of the Muslim community whose members have become the Untouchables of our society. Marginalized and ostracized, these women and children live their lives in the shadows for the sole crime of being related to a Muslim suspected of involvement in terrorist activities – a catch-all term for any engagement, by word or deed, in the political aspects of Islam. Children grow up without a father, wives live like widows and elderly parents spend the twilight years of their existence alone without their sons to support them. Many of these terror suspects are never charged with any crime but penalized with severely restrictive Terrorism Prevention and Investigation Measures (formerly Control Orders) based on suspicion alone. They and their families are prohibited from having mobile phones, computers and numerous electronic devices and subjected to lengthy curfews and restrictions on travelling outside a boundary of a few square miles. Any visitors, including the children’s school friends, must first obtain permission from the Home Office.

To be a member of the family of a terror suspect, whether in prison or not, is to become a target of the media and government’s dehumanisation campaign, the aim of which is to categorize them as today’s Untouchables. To now associate with or assist such families is a crime; to even mention their names is to risk contamination. Those who may know them are regularly harassed by the security services to either spy on them or risk becoming Untouchables themselves.

For many of these families, daily tasks have become difficult, struggling to make ends meet, visiting their loved ones in prison is rarely possible. On top of this, for many, their friends have disowned them, their mosques have abandoned them, and their communities have shunned them. They are lonely, vulnerable, and desperate for help.

In the midst of this, there has been one charity which has constantly and consistently stood by these suspects and their families, and which has provided them with the moral, emotional and financial support they need in order to survive this vicious onslaught. Established over 8 years ago to care for the needs of the growing number of Untouchable families in the UK,  Helping Households Under Great Stress or HHUGS has been literally the only source of comfort, solace and support for these families, in times when the mosques, Islamic centres and Muslim community have turned away from them for reasons of self-preservation.

HHUGS provides the type of support for these families that we all take for granted such as organising drivers to take families on prison visits, food rotas during times of difficulty, weekly household expenses, payment of debts, and assistance with the purchase of furniture, bedding, clothing, and heating appliances. HHUGS also aims to make the families more self-sufficient by financing driving lessons, and educational and vocational courses. HHUGS also arranges professional and specialist help and assistance such as legal advice and counselling in addition to the moral and emotional support families living in such conditions require on a regular basis. In order to try and provide an escape from their hellish existence, HHUGS regularly arranges trips, outings and parties for the families they support.

Due to financial restraints, HHUGS is now in danger of shutting down, and thereby severing the only lifeline these families have. HHUGS bank account was unexpectedly closed down earlier this year without any stated reason, as a result of which all regular standing orders that had steadily built up over many years were lost. Although a new bank account was opened,only a small fraction of the standing orders have been reinstated by donors.  Nevertheless, the work of the charity has continued unabated supporting over 80 families across the country.

It is important to note however that the income from regular monthly standing orders is critical to every charity and is the rock on which a charity is built. It provides stability and ensures the charity’s long term survival. Without your support, HHUGS faces the risk of becoming ‘Untouchable’ itself.

HHUGS is the ONLY registered charity supporting the Untouchables of Britain without fear or prejudice.  If it cannot survive, we all have collectively failed to protect the persecuted believers in Britain. Who else would have provided moral and financial support for the wife and young children of Faraj Hassan Alsaadi, a former control order detainee who was tragically killed in a road traffic accident two years ago?  Who else is trying to raise funds to enable families like those of Babar Ahmad, and Talha Ahsan, to visit their loved ones currently in solitary confinement in the US?  Who else will provide for the five children whose mother tragically died earlier this year whilst their father, a former control order detainee, is being prohibited by the government from returning to the UK to be with his grieving children?  Who else will support the children of the prisoners, met by racist mobs demonstrating outside their homes, using them like punching bags, as they hurl abuse and death threats, or those families who may even face eviction altogether?
HHUGS is a beacon of light to these families who suffer in silence in the shadows of our society. By protecting the Untouchables and breaking the social boycott imposed on them, they replicate the courage of the heroes in Makkah over 1400 years ago. While we feel proud of our efforts to aid persecuted believers thousands of miles away, HHUGS assists those on our doorsteps who the world commands us to ignore. While we dream of life in the past with the Prophet Muhammad (s), HHUGS is working to secure eternity with him in Paradise.
In a time when any one of us could just as easily join the ranks of the Untouchables, let us not fail those who will be there to support our families when they need it the most.
Be part of the “100 Standing” – the crème de la crème who stood up for the forgotten HHUGS families by pledging to obtain 10 standing orders of £10 each. With the help of just 100 special individuals we can sustain our work. Encourage others to donate and share in the promise of the Prophet (saw) that “whosoever calls (others) to guidance will have a reward like the rewards of those who follow him, without that detracting from their rewards in the slightest.” To register yourself as part of the 100 Standing, simply email [email protected]

:Notes
Sources:www.islam21c.com
Islam21c requests all the readers of this article, and others, to share it on your facebook, twitter, and other platforms to further spread our efforts.
Fahad Ansari