Are you ready for our first ever NATIONAL CAMPAIGN?
Home / Analysis / Intervening in Syria – A Warning to Western Governments 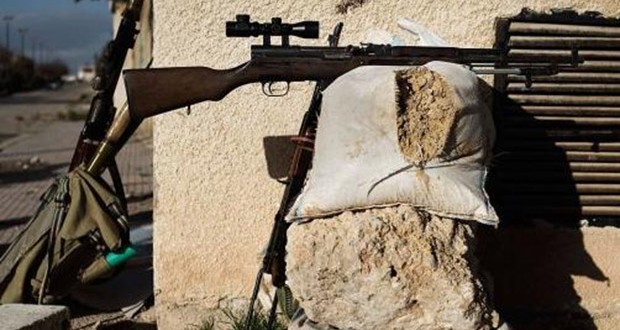 Intervening in Syria – A Warning to Western Governments

For over forty years, the Syrian people have been subjected to repression and massacres on an industrial scale. It is within the last two years that the situation has nose-dived into one of the worse modern day tragedies. At least forty thousand people have been killed with hundreds of thousands subjected to torture or imprisonment; large swathes of the country have been rendered a barren wasteland.

During this period, the western world has been looking on, making little or no attempt to alleviate their suffering. However, just as the Syrian people are about to take over Damascus and the regime is nearing complete collapse, the West is suddenly taking intervention very seriously. In some ways they are right to do so; the country will most likely end up in the hands of Muslims, just like it did in Egypt and other countries awakened by the Arab Spring. Syria is the second most important country in the region. It has long borders with the Zionist state of Israel. Despite public rhetoric, it is not surprising that in November of this year, Amos Gilad, head of Israel’s Diplomatic Security Bureau, warned of a possible “Islamic empire” if Bashar al-Assad were to be ousted. For him, and most likely his government, removing the Syrian leader would lead to a “devastating crisis for Israel.”[1]

It has not been the consistent extent of devastation that has moved the West towards a position of intervention; rather, it has been the Asad regime threatening to use chemical weapons that they considered as crossing a “red line”, changing the calculus for intervention, in the words of President Obama.[2] They have further expressed a concern for groups like the ‘al-Nusra Front’, who are being labelled as al-Qaeda affiliates.

The western world has maintained a hypocritical posture with Syria, often claiming it to be part of an ‘Axis of Evil’, while at the same time colluding between security agencies in the rendition and torture of suspects. One only need to remember the case of Maher Arar and indeed many others, to know that the western world has used Syria to its own advantage when needing an ally willing to torture.

As I write this article, the Asad regime is bombarding the bakeries in the lands that he lost control of and the people are finding it extremely difficult to survive in this cold winter. It is in this circumstance that the hypocrisy of the western world’s commitment to humanitarian crises is at its most obvious. This of course, must be juxtaposed with the hypocrisy of the Muslim nations surrounding Syria, many of whom are waiting for permission from their western allies before providing much needed assistance.

The propping of dictators in the Middle East has now finished The West are in crisis as their allies who suppressed any true Islamic sentiment within the region, have all systematically been removed, now leaving a vacuum within which the true identities of the region can flourish. The West’s newfound keenness for intervention in Syria could be seen as an attempt to find another puppet who can secure their interests.

It would be better for the western world to think of their strategy carefully in relation to Syria. Already the losses they have suffered in Iraq and Afghanistan have had a major impact on their position as a global leader. It would be better for them to think along the lines of assistance through humanitarian aid, rather than humanitarian intervention.
The bill for their interventions in Iraq and Afghanistan will grow to the astronomical figure of $2.00 trillion by 2017, according to CBO Congressional Budget Office[3]. The numbers can be argued many ways, but the real question is of course “Is it really worth it?” Are they achieving what they say they want to achieve? Are they building an empire or hastening the decline of one, as people across the world see how unethically they are acting. Syrian intervention will increase this budget for yet another unethical reason, and the results of that may go well beyond the borders of Syria.
“No to ‘peacekeeping’ forces in Syria,” was the slogan announced for weekly Friday protests, according to the Syrian Revolution 2011 Facebook page; compare this to when Syrians were calling for military intervention last March. Moreover, Syrians have acquired more weapons than before and are better trained to use them. A form of intervention that seeks to limit the true self-determination of the people, could result in a fallout that would be catastrophic to western interests in the long term.

Syria must be mature enough not to allow anyone to hijack the victory they are achieving by their blood. They should be united in their stance – no western intervention, under any name or justification. They should acknowledge the favour of Allah above everything else, be thankful to Him only and rely on Him alone. In the Qur’an, we read the following

“So do not become weak (against your enemy), nor be sad, and you will be superior (in victory) if you are indeed (true) believers. If a wound (and killing) has touched you, be sure a similar wound (and killing) has touched the others. And so are the days (good and not so   good), We give to men by turns, that Allah may test those who believe, and that He may take martyrs from among you. And Allah likes not the Zalimun (polytheists and wrong-doers). And that Allah may test  (or  purify)  the believers  (from  sins) and destroy the disbelievers”.[4]

2012-12-14
Shaikh (Dr) Haitham Al-Haddad
Previous: In defence of President Mursi
Next: Who will stand with Britain’s Untouchables? 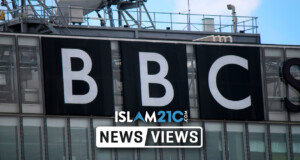 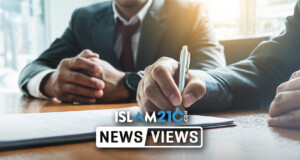